To My Strong-Willed Daughter, Never Change 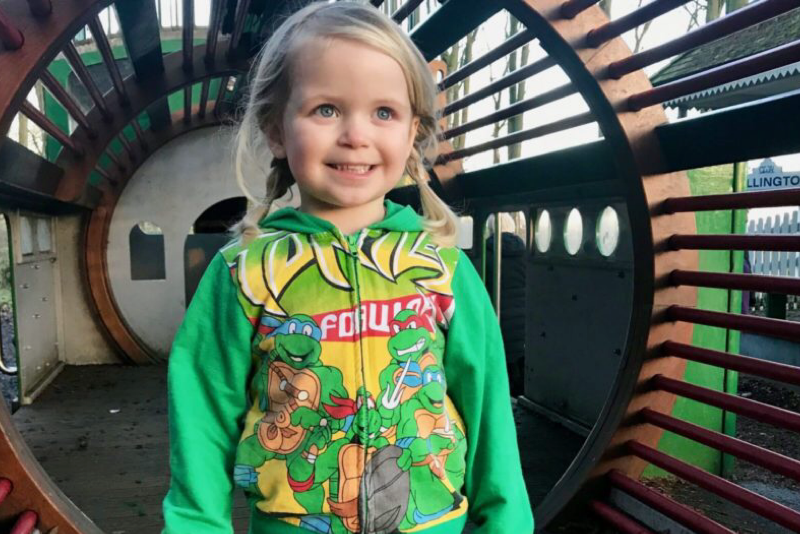 “We don’t like to call girls bossy any more,” begins my four-year-old daughter’s wonderful nursery teacher at our first parent-school conference. “So we’ll say she has strong leadership potential.”

It’s a theme that has followed my daughter since she was a toddler, and her wonderful teacher was celebrating this with me. ‘Feisty’, ‘strong-minded’, ‘determined’ – these are just some of the adjectives our friends and family have used to describe her. There are also the more negative descriptors: ‘bossy’, ‘opinionated’, ‘demanding’.

Reading this, you may well raise your eyebrows and wonder if my daughter is a spoiled or particularly demanding child. She isn’t at all, but she is certainly strong-minded, and I hope that never changes. This is why:

She can make her needs clear

My daughter, one of three children, has always been an undemanding child. While her twin brother wailed for milk as a newborn, she would sit quietly in her bouncy chair, looking at us until she nodded off. I often worried she would feel overlooked due to her easy nature. My concern was unnecessary – at four, she has developed the confidence to make her needs heard and she’s now rarely drowned out by her brothers.

She knows she’s worth listening to

As a society, we still like to beat girls and women down. When I was growing up in the late 80s and early 90s, teachers did like to call girls ‘bossy’ and would instruct us to “let the boys talk!”. Adults would raise eyebrows at girls who had strong opinions, and independent thought was not encouraged. Luckily for me, my progressively-feminist parents taught me that I was worth listening to – something I’ve always tried to pass on to my own children.

We encourage our kids to form their own opinions and we listen when they want to share them with us. We teach all three that they have the right to take up space in the world and that sometimes, they may have to fight to occupy it – perhaps more so for our daughter because she is female.

She stands up for herself and her friends

Our youngest children recently started pre-school and fully entered the world of social politics. It seems like every day presents a different challenge as they learn to navigate the tricky world of making and breaking friendships. I find it very interesting to watch our daughter go through this, as she is so much more confident than I was at her age.

You see, I was an extremely shy child. Not just normal hiding-behind-my-parents’-legs shy, but the terrified-of-new-people type. One of my earliest memories is of some neighbourhood girls knocking on our back door, asking if I could ‘play out’. I badly wanted to but I couldn’t bring myself to say yes, even with my parents’ encouraging smiles. The crippling shyness eventually started to fade (or I learned to cover it up), but I worried that my children would feel the same way.

It makes me smile to hear our daughter announce what’s happened that day: she’ll tell me that someone said she couldn’t play with them, so she told them that was fine and went to sit on her own. Or that another child knocked over her brother’s block structure so she comforted him and together they told their teacher. She is resilient, kind, and stands up for herself and for her friends.

She makes us better parents

There’s a popular meme that says something like, “I want my daughter to grow up to be a strong woman, but it sure is difficult while she’s living with me!” The meme isn’t wrong: encouraging children to value their own opinions has its downsides, mainly that you can’t pick and choose when they voice them. Our daughter isn’t afraid to tell us if she thinks something we have said is unfair. While it can be difficult to respond with patience, she challenges us to be better parents by examining what we say and how we say it.

My daughter also challenges me to be a better person. She looks up to me, to the women in our lives, and that’s a big responsibility. I want to show her that women can do anything, that her gender need never hold her back. From her strong-willed nature, I’d say she is on the right path!

Ellie Thouret is a mother of three and writes fiction, poetry, and creative non-fiction. She lives in the UK's North West and can usually be found behind a book.