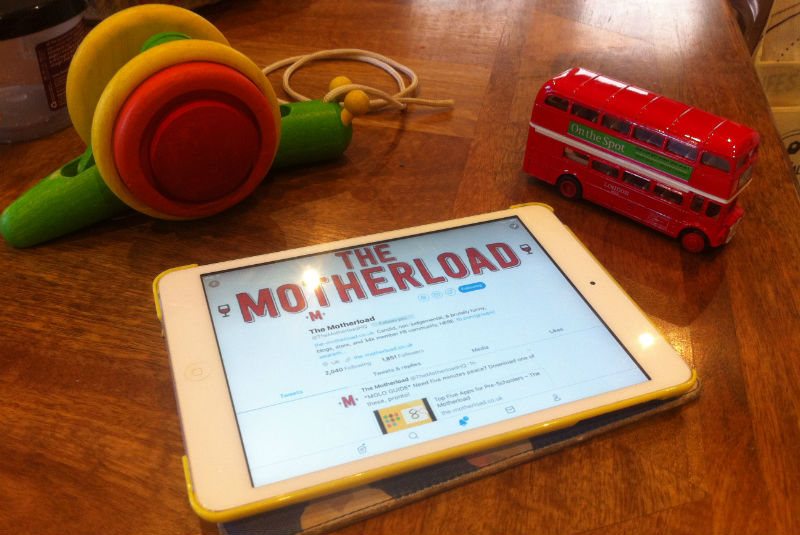 I’ve always been a bit wary of Twitter. I know what I’m doing with Facebook and Instagram, but Twitter feels a bit of an unknown to me, and a little bit scary if I’m being honest. The fact that anybody out there in the big bad World can comment and ‘troll’ on your posts is a little disconcerting.

I have been trying to get to grips with it recently however, and tweeted earlier this week that I was finding the school holidays to be hard work with all of the rain we’ve been having, and three bored and restless boys at home. Fair enough comment to put out there, I thought. Nothing too radical. I wasn’t expecting any responses, but it just felt good to rant over my phone’s keyboard, then compose myself and get back to the task at hand. Namely persuading the biggest two to put on some clothes rather than run around butt-naked…

Almost immediately somebody tweeted me back to say, and I quote:

“I love having my kids at home with me rain or shine. Make junk models or playdough together. Think outside the box”, and then she liked her own tweet!

Now, I don’t know much about Twitter, but liking your own smug and snidey tweet to someone who is having a bad day, probably isn’t going to win you any friends. No?

I laughed the comment off at the time, but it stuck with me throughout the day, going round and round in my tired little brain. I like to think that I’m a pretty secure person, and don’t care massively what others think of me and my parenting. I recognise my inadequacies as a parent, in fact I’m quite proud of them, because they make me who I am.

But still, the comment from this stranger got me thinking…

1) What if I’d been having a seriously bad day and was clinging on by my fingertips to my last scrap of sanity?

What if I was suffering with depression or anxiety and this comment was the one to make me sink even deeper? What if I was a new mum, still recovering from giving birth, sore and bruised, feeling lonely and trapped by my kids and the weather, and desperate for someone to nod and agree with me and say they understand, offering a virtual hug in the process? I guess my point is, keyboard warriors, just be nice. You never know what’s going on in somebody else’s life, what’s brought them to this point and what affect your comments may have. Put simply,  as the MOLOs say, #dontbeadick

2) Putting the unpleasant nature of the comment aside, what’s with the superior mum-stuff anyways?

Where do some people get off lording it above others and trying to make out that they are inadequate and failing as parents? To be clear, in my original tweet, I wasn’t bemoaning the presence of my kids (not in writing anyway!), rather the awful weather which was keeping us stuck inside. So why would anybody feel the need to state that they love having their kids with them rain or shine, other than to make another Mum feel shitty that she doesn’t? It’s making me angry now I’m thinking about it again! To cast assertions on other Mums, directly or indirectly, isn’t cool in the slightest. We are all trying our best. And everybody’s best looks different anyway, so who are we to judge?

That’s what school and nursery and grandparents are for, surely. And playdough? Is she actually mad? But I tell stories, I wrestle, I build Lego creations and know the names of all the Paw Patrol pups, so I’m feeling pretty confident about my Mum abilities, thank you very much. Since when did building junk models and bloody playdough become the pinnacles of parenting to which one should aspire anyway?

4) This is week four of the school holidays.

I have thought outside of lots of chuffing boxes by this point of the school holidays, with three kids at home. Patronising people over Twitter isn’t the way to do things. But I’m sure this person’s superior Mum abilities are due to her higher level of intelligence, so she must know this already…

I took to Instagram later that evening to sound off about the comment and to ask if it was just me, and was met with a wave of solidarity from other mums. I love my Instagram community – its chock-a-block with mums supporting mums, cheering each other on through the ups and downs of life, offering virtual shoulders to cry on and raising many a glass to each other’s small victories, even if that’s as small as getting the kids to eat something green without a two hour stand off. Rather like The Motherload® Facebook group too!

I guess this post is my rallying cry for mums to continue to support each other and not pull each other down, whether directly or with backhanded digs and jibes, which are somehow much worse. Maybe the mum who made me feel pretty crap was having a bad day herself, I’ll give her that. Maybe she’d been up in the night with her kids, or had a row with her husband, or was feeling under the weather. But still, that old saying rings true, ‘if you can’t say anything nice, then don’t say anything at all’.

Like this? Share it, and spread the MOLO love! You can read Alison’s last incredible blog, The Reality of Foodbanks, or for the latest from The Motherload®, head to or homepage