US Election: A Letter To America 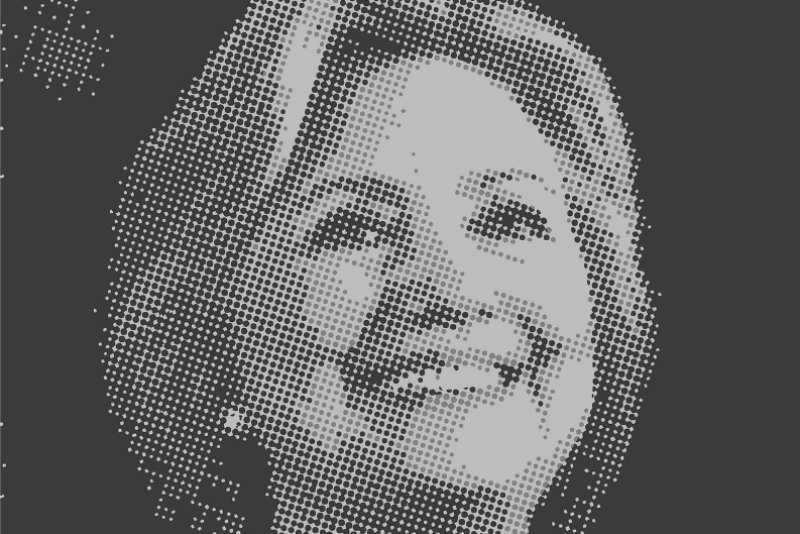 Seven letters, from seven women in the UK, to voters in the United States, as they prepare to choose between Donald Trump, and Hillary Clinton in the Presidential Election.

I don’t beg too often but today I’m begging you to please, please keep that orange cock-womble out of office. I’m quite a positive person, I try and see the good in people but I’m truly struggling to find anything good or decent about this man. You may know that we recently had a pretty big decision to make ourselves on our little island. We had a lot of anger about the way our country is run, as you do. We had a total idiot taking rubbish (trash) during the campaign in Nigel fucking Farage and so many frustrated Brits went to the extreme of listening to him because they wanted change. And now look, Brexit is upon us. I have no doubt that Trump offers you change but is it the kind of change you’ll be proud to see in history books? Is it the kind of change you’ll be eager to tell your grandchildren about? Think long and hard about your vote. It may be that you’re voting for the lesser of two evils – that’s okay, as long as you vote for the LESSER one.

And if you’re still stuck just know that here in Britain his name means fart.

I am well aware of how irritating it is when people try to tell you what to do, much less how to vote, so I won’t do that. I will, however, say this. I remember being about 12 the first time I saw Hillary Clinton on TV. Her husband was campaigning to become US President and seemed to have a sort of magic about him. To me, she was just as impressive: super smart and very accomplished. People then talked about her political ambitions as a bad thing, a sort of: “Who does she think she is? Getting involved in politics?” Well, she has played the long game. She has definitely made mistakes and she is undoubtedly mired in rumour and scandal – but she is the most qualified and experienced person ever to run for President. I’m not a naive 12 year old any more and she is far from perfect – but isn’t it time there was a woman in the White House?

I mean, look at what she is up against – Donald Trump, a man so outrageous and unpredictable that even his closest aides have no idea what he will say or do next. And a man with no political experience whatsoever. I mean, I like Celebrity Apprentice USA as much as the next person but…

I lived amongst you for three years in California. The sun always shone, teeth glistened and people were nice to each other. I bought into the American dream. Yes, some people juiced kale and ate gluten free, while others really did eat a lot of burgers, but by and large you were pretty awesome.

How we celebrated our daughter’s American passport. Oh, the future she could choose one day. With dual citizenship, Europe and the USA were hers for the taking. We thought she’d struck gold.

But I’m sure you know that we had our own decision to make recently and chances are the results of that decision are going to make her British passport significantly less valuable. Did you know our post offices (that’s your USPS) ran out of Irish passport forms as people tried desperately to keep a connection with Europe? Well, please don’t make me Google whether she can apply for Canadian citizenship on Wednesday.

I do understand that some of you want change. You’re fed up of politicians and corporates. Even the media doesn’t seem to be on your side. But now isn’t the time and Trump isn’t your man.

I’m an American, albeit from one of the most liberal cities in the country, but if I try really hard I can almost understand why people like Trump. Americans like an outsider, and he seems like the perfect example: he’s not a politician, he doesn’t play by the rules (to say the least) and he has what might be described by some as a refreshingly straightforward manner of expressing himself.

Compared to Hillary Clinton, who is about as Washington Insider as you can get, he represents the sort of shake-up that appeals to those people who feel disenfranchised and disempowered. But the problem with Trump, as I see it, is that he plays on fears. He has found his base in people who are unhappy with the way the country looks now, and has said, “If you think this is bad, just wait.” So he promises to “Make America Great Again”, but what does that mean? Make America white again? Make America Christian again? Make America racist again? Make America homophobic again? Most Trump supporters would say no, but they want things to look a little more familiar, to be a little more like they used to be. Well, suck it up. The face of America is changing, and there’s no going backwards.

An orange-tinted, baboon-faced ignoramus is certainly not who I want leading my country into an uncertain future. You may not think that Hillary Clinton is the best choice, but she is thoughtful, experienced and prepared to lead, none of which are adjectives you could use to describe Donald Trump.

I am thinking of my relatives across the pond today. Darling siblings, I am thinking that if you voted Trump I might have to divorce you as relatives. Okay, so when we think of Hillary, we struggle to forget that her husband jizzed on his intern’s dress after she gave him a blowie, and that’s a bit weird and personal, but that whole dignified bollocking she gave him made us love Mrs Clinton a bit, and she is a woman and therefore a sister, and in a minority when it comes to politicians. We also need to imagine Merkel, May and Clinton deciding how the world is run over a cup of tea and maybe having a chat about tights rather than football after solving the whole World Peace issue. But Trump? He has a name that just reminds Brits of farting, he’s a xenophobic toss-piece who knows nothing about world peace. Or tights. Actually, he probably does, but not in a good way. We can’t really forgive him for being a sexist, racist, homophobic, narcissistic twat… and the worst part? If he ends up in charge, he can press a big red button that blows the world up, and we’re pretty sick of politicians getting involved with blow jobs.

Keep it real, family, vote for the chick, not the dick.

Your United States appear to be in the same situation we, the United Kingdom, were in not so long ago. Like us, you are now not so united but appear divided and we Brits on our little island, we feel for you.

We know how hard it is to be forced to choose between two pretty shit deals (candidates) and have no real idea of what either will mean for the future and your children.

Trump: I mean, no matter how you try and bundle him up, he’s an absolute twat with archaic and downright disgusting ideas and opinions. His own campaign team have taken over his Twitter account because he can’t be trusted….to run a Twitter account! Hello? And people are considering allowing those twitchy, fat, orange digits near ‘The Button’ that can wipe us all off the map? Come ooon!

Hillary: Well, there’s obviously a big part of me that’s ‘WOO HOO! GIRL POWER!’ but is she the right woman? Sadly, I think she’ll start World War III and then we’re all screwed. But she does at least have experience of being in the White House and whilst she’s far from perfect or even ideal, she’s got to be better than Trump!

Don’t make the mistake so many of us Brits made. Don’t choose the wrong person because you crave change. STAY UNITED!

I sincerely hope that a despicable spanner doesn’t get his satsuma hands all over your country, to piss more hate at minority groups. It’s akin to a fifteen year old driving a plane without lessons or licence. After copious amounts of skunk. Wearing blinkers. With a raccoon on his head. Choose wisely.

With love from your friends in the UK, at The Motherload®