Dear Kids, This Is Why I Voted ‘Leave’

Reasons To Be Cheerful
US Election: A Letter To America
May v Leadsom: A Win For Women? 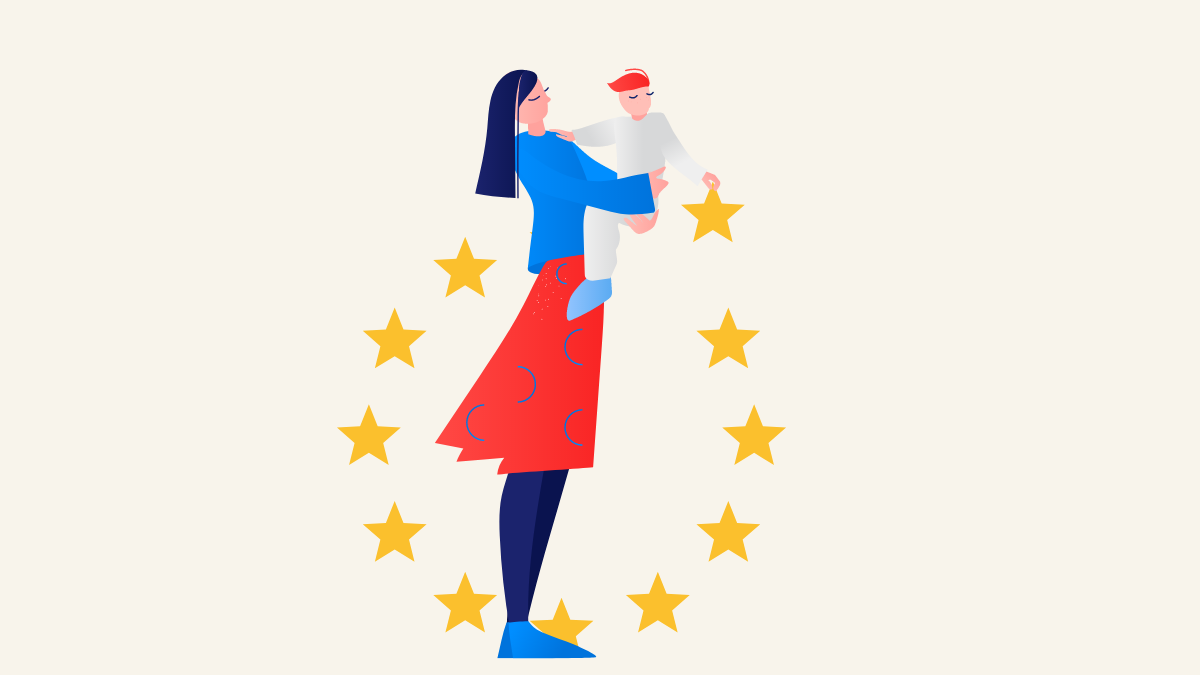 Today Mummy feels like an outsider. Today Mummy has, along with half the nation, been called stupid, racist, xenophobic, a simpleton, uneducated, jobless and accused of not caring about your future, amongst other truly spiteful things. Of course none of this is true.

I admit to not being an expert on politics or the economy but I did not take this decision lightly. I did my research, I know this affects your future more than mine. I tried very hard in amongst all the other things I have to worry about to find impartial information that wasn’t scaremongering. It wasn’t easy. The Remain camp seemed to be adamant that the whole country would collapse if we left and the Leave camp just seemed to be harping on about immigration and how many billions we contribute to the EU each week. Nothing is black and white, everything has pros and cons and I could see both positives and negatives for voting either way. The threats we were being issued on a daily basis were verging on hysterical. There were no balanced arguments at all. Why couldn’t the leader of our country try to persuade us of the positives of remaining in the EU instead of trying to scare the life out of us with all the negatives?

As the big day got closer I was still undecided and at one point I even considered not voting as I just wasn’t sure enough which way to go. In the end I just had to think to myself ‘am I happy with the way things are now?’ And I’m afraid the answer was no. So maybe a change of direction will help? Maybe leaving Europe isn’t the answer but something needs to change. Maybe had things been changed earlier, the public wouldn’t have protested so strongly on June 23rd.

The thing is boys, that we are very much working class living right in the middle of middle class London. I’m not ashamed of this and you shouldn’t be either. Your grandad told your dad to ‘learn a trade’ and your dad would have probably told you the same if things were different. You were safe that way, you would never go hungry. Grandad had to sell up and leave the country 10 years ago. As a painter and decorator he could no longer afford to live here. The industry was flooded with unregulated workers who are prepared to work for less, sometimes less than half and daddy is in the same position today. It’s nobody’s fault. Who wouldn’t go to another country to work and earn more money, send money home to their kids, save up and eventually return home themselves? I am speaking from experience here, we have lots of friends, good friends who are doing just that. We’re all on the same page here. Just trying to do the best by our kids. I’m not some right-wing fascist who hates immigration but I do feel we need to have some more control and that workers from Australia or Asia should have an equally fair chance to come and contribute to the UK.

Every single week we struggle to keep our heads above water. Mummy adds up everything we spend on a spreadsheet to ensure we can pay the bills, while Daddy works 6-7 days, and sometimes nights on top. He can’t come to sports day or to football practice. Mummy works too, but nanny has to look after you as we can’t afford private childcare. We seem to be stuck in this weird middle ground where we have too much money coming in to receive any help but too much money going out to be able to save anything. Buying a property has been out of the question for us, despite being hard workers all of our lives. Our families aren’t in the position to help and we would be retired before we managed to save enough for the deposit whilst house prices continue to rise with no control over who can buy them or leave them empty. I am grateful to have a roof over our heads and to not have to rely on benefits but I don’t want you to be stuck where we are 25 years down the line, living week to week and wondering if there will be work next week or food the week after.

I realise that all of the above is very personal to us as a family and of course I had lots more reasons, too many to list. But in the end, that’s how I had to vote. With my heart. It was a 60/40 thing, change is scary of course. Maybe it will all end in tears but I have faith in Britain, Britain is great. Of course things are shaken up now but I am willing to embrace it and have some belief that my country can continue to be great, independently.

To hear people bleat yesterday that they are ashamed to be British makes me ashamed of them. Whatever the result was, we should have shaken hands, respected each other’s reasons and stood shoulder to shoulder and agreed to make it work. What we shouldn’t have done is taken to social media to throw mud at each other, to bully, troll and belittle. To claim uneducated or elderly people shouldn’t have been allowed to vote. You don’t need a masters degree to have an opinion. The hate I have seen on social media has upset me so much, I have had to take a break from it, maybe forever. To see people turn against friends and family members because they have a different opinion to their own is heartbreaking. That’s not a democracy. It’s hypocrisy at best.

Boys, I hope from the bottom of my heart things change for the better and not for the worse. All we can do is wait and see. The point is, nobody knows. I have always urged you to trust your instincts and follow your heart and that’s what I did on June 23rd. Not for me, for you. Please don’t ever feel bullied  and belittled like I did yesterday, stand up tall and be proud of your decisions, as long as you have made them with a good heart. Likewise I urge you to respect others’ opinions and not attack them on a personal level if their opinion differs from your own. You must never judge anyone until you have walked their path. We aren’t all affected by the same issues and we are all entitled to a say.

To read the partner piece to this, ‘Dear Kids, Today We Decided To Leave The EU’ click here