What A Clickbait Headline Says About Working Mums 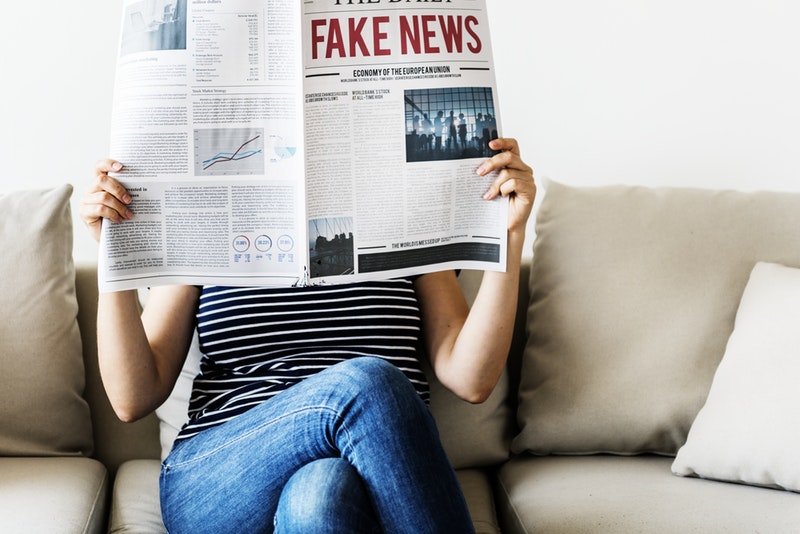 Yesterday a few people shared a (now deleted) tweet by the Daily Mirror into my timeline. Following the announcement that Holly Willoughby had secured a role presenting “I’m a Celebrity… Get Me Out Of Here!”, they had decided to devote a whole article to the intricacies of her childcare situation.

“What will happen to Holly Willoughby’s kids while she’s presenting I’m a Celeb”: 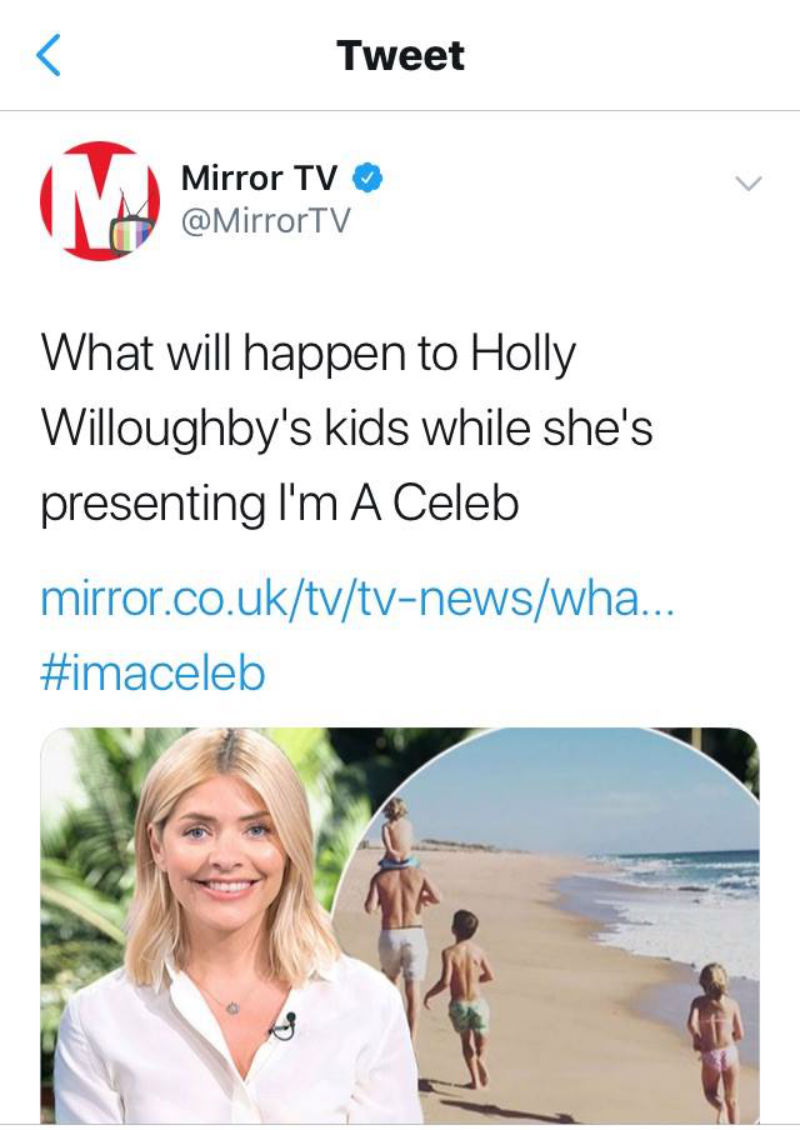 The article itself was fine, in so much as it gave loads of details about how she plans to fly her kids out with her and hire a tutor. There’s nothing controversial in it; no overt criticism of Holly or her arrangements.

But, here’s the thing: WHY does it exist? Why is there a news story about a working woman arranging childcare before accepting a job? There are around 4.9 million working mothers with dependent children, according to the Office for National Statistics last year. Making childcare arrangements that will work alongside a job is literally an everyday occurrence for working mums. I mean, shock horror, for dads too – but the tabloids aren’t so interested in raking through how dads prepare for childcare.

In reality, for all families where any parent works, there is some logistical wrangling on fitting it all together. Most people – whether they call themselves mum or dad – don’t fly to the other side of the world for a month without consulting the family and making sure childcare is in place. IT IS NOT NEWS.

But the story wasn’t *really* about the story, was it? The Mirror, by writing an innocuous and entirely dull story with a frankly ridiculous tweet to accompany it, has generated plenty of attention – and, yes, clicks. And we responded, just like they wanted. Many tweeters speculated on what might “happen” to the children with hilarious nightmare scenarios unfolding. Maybe they’d be abandoned and left to go feral! Maybe they’ll be eaten by wolves!

Many also pointed out that co-host Declan Donnelly’s wife is due to have a baby imminently – so where was the accompanying story about what will HAPPEN if his baby is born while he’s away…?

In truth, though, the Mirror have tapped into something insidious to gain the clicks that sell their advertising. They are making a point that mothers are ultimately the ones responsible for childcare. That we women are generally expected to put our careers second – BUT they are doing this deliberately. They MUST be. It’s SUCH a non-story, they have carefully crafted it – and, crucially, the tweet – in such a way as to rile up an audience who are sick of this messaging.

Isn’t it time to stop playing this card? There are enough challenges already, enough terrible opinions in the world. We really don’t need the tabloids appropriating the problems we still face, for their own benefit. In amongst the replies to the tweets people argued. Some, outraged by the tweet; some explaining the gist of the article. They’ve set us against each other, for goodness’s sake! But we’re all on the same side!

It’s so hard to know which battles to fight and which to ignore. This has been a reminder to me to cast a more critical eye and consider broader agendas before I leap in. I did get sucked in to this one, and played right into their hands. We need to be strong and vigilant and work out which battles need fighting – and which clickbait social media posts we should scroll on by.