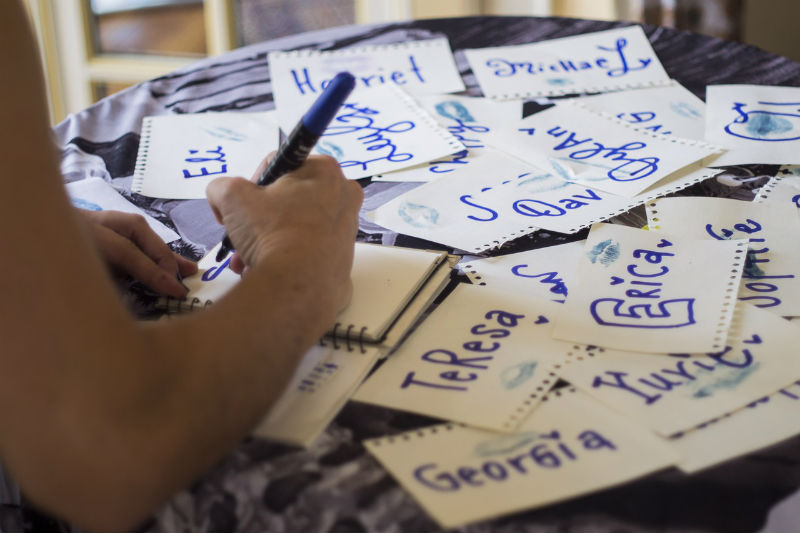 We loved this thread in The Motherload®’s fabulous Facebook group about the names which MOLOs couldn’t give to their children. Maybe because it would make them sound like a celebrity, or perhaps just really, really silly. It started with this post by Sue Chaperlin:

I love hearing about new babies’ names.  But there are obviously some names that shouldn’t be used. Much as I liked the name Charlie I couldn’t use it as my surname is Chaperlin! Are there any names you couldn’t use for the same reason? Or did you use them anyway?

1. “Ha ha – Ruby for obvious reasons. I love this for a girl too, lucky I had boys” – Lorraine Tubey

2. “If we had a boy my husband wanted to call him Harry. With our surname it was not happening!! Thankfully we had a girl!” Toni-Jane Potter

5. “My husband wouldn’t entertain the idea of naming our son Christopher. We have a Martha, though!” Adrian Reeves

6. My partners surname is Taylor and I really liked Elizabeth for one of our girls until someone pointed out the obvious! Sarah Gibbs

8. “I’ve always loved Lacey but for obvious reasons we will never be able to call our daughter this.”  Hannah Louise Tracey

10. “I loved the name Charlie but couldn’t use it cos of my surname. People would have called him Charlie Bucket from Charlie and the Chocolate Factory.” Leanne Duckett

11. “Gail. (You need to say it out loud quickly with my surname!)” ShiShi Ord

12. “I love the name Lara and Clara is a beloved family name but with my married surname, there was no way I was going to do that to my daughter.” Sally Croft

14. “My husband wanted Max for a boy but with the surname Sheil I thought it sounded like a panty liner or a really bad detective. Thankfully we had girls.” Chloe Sheil

16. “I always wanted Nancy Olivia, my other half’s surname is Ball and I couldn’t let her be NOB.” Erin Piazza

17. “My little girl’s surname is Ellis. Her dad desperately wanted to call her Alice and couldn’t see why I said no. Bit of a mouthful! My dad is Welsh and wanted to call me Blodwen (He still calls me it to wind me up) my initials would have been BO…” Rhiannon Owen

19. “I loved the name Isla but didn’t sound right with White” Kelly White

20. “My poor partner’s middle names are Richard and Edward. If you shorten them you’ll get what I mean”  Michelle Reynolds

21. “I loved Alice, but obviously Alice Cooper isn’t so cute. We have a Flossy instead” Sophia Cooper

22. My husband liked Jack for a boy until I pointed out with our surname it sounded like a well known pirate! Emily Pharro

23. “I love the name Polly……until I married a Fuller” Nikki Fuller

24. “Our last name is Stow and I really liked Felix! Couldn’t have David either!” Ruth Naomi Stow

25. “Any name beginning with R as my surname is Sole.” Sarah Sole

26. “I spent years looking for a guy with the surname ‘Brewery’ to marry. Dated guys named Whale, Cockrill, and Judge, all totally unsuitable but the temptation to marry for a name was strong” Iona Fraser

28. “My partners surname is Charles he kept saying to call our son Prince.” Chantelle Elena

30. “Me and my husband both loved the name Ruby, like out of all the girl names this was our favourite… We went with Elena.” Linzi Murray

31. “If my baby had my surname….. I could really use Henry” Natt Tudor

34. “Couldn’t have a Tyler or it would be Tyler Grout!” Gemma Grout

35. “Love Tom, but my partners surname is Morrow.” Gillian McCormick

38. “My fiancé’s name is Beckman so had to rule out David straight away and all of the Beckham children’s names as people always say Beckham instead of Beckman.. And before anyone says.. Yes I do get stick from mates as I will be Victoria Beckman next year.” Victoria Hall

39. “Several of my friends are petitioning very enthusiastically for us to opt for ‘Jurassic’ when little man arrives….” Nicola Park

41. “My surname is Cox. My OH’s Nan who was amazing was called Doris, which we wanted to try and include in some way. So we thought of Dotty, which we both thought was super cute, until we realised Dotty Cox sounds like an STD” Rebecca Cox

43. “My other half wanted Rayne for a girl until I pointed out too much precipitation” Caz Hale

44. “Last name is Wilder. Could never have an Oscar.” Robyn Wilder Heritage

47. “My husband suggested Thunder for a boy….” Gabriella Clapp

48. “I wanted to call my girls Willow so badly but my surname is green and my downstairs toilet is painted ‘Willow Green’ so I couldn’t bring myself to do it!” Victoria Green

Like this? Share it and spread the MOLO love! You can read 25 Things MOLOs Just Discovered and for the latest from The Motherload® head to our homepage