Why Trips to the Cinema Keep Me Sane 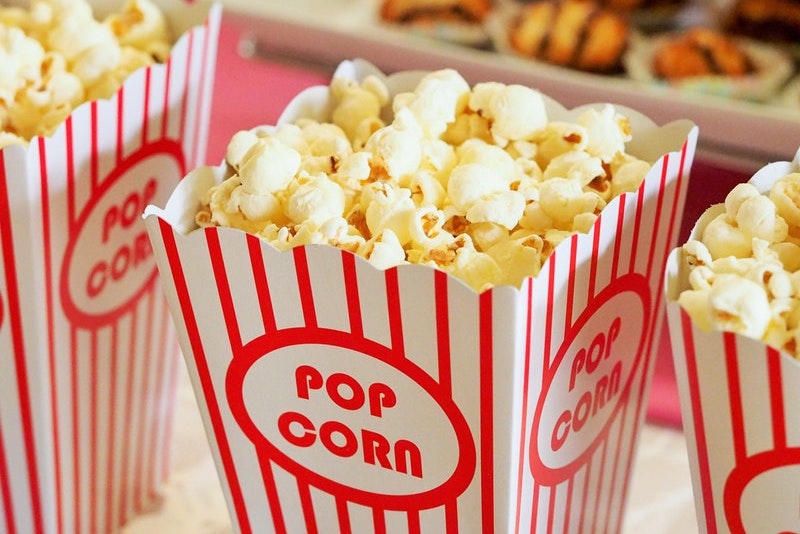 I’ve always been a fan of going to the cinema. I have fond memories of birthday outings to the pics followed by a trip to Pizza Hut, seeing every rom-com that came out as a teenager, hanging out in the car park with friends after the film, going there on first dates, watching Pirates of the Caribbean four times, queuing for the next Lord of the Rings instalment, watching a triple billing of Marvel films at midnight…

A new cinema opened up just a mile from my house just before my son was born and I was debating whether to sign up for a card where you pay a flat monthly fee and can go to the cinema as many times as you like.

When I was pregnant I tried to picture what my life would be like with a baby. I knew that I’d have to make some changes and that I’d no longer be able to say yes to every social engagement that came my way. I wasn’t sure how often I would be able to get out of the house, and how much I’d need or want some “me time”. I didn’t know if it would be feasible to regularly go to the cinema after having baby, and if subscribing for a card would end up being a big waste of money.

11 months in to this new parenting role and it turns out I’ve been able to go pretty regularly. Being an Unlimited member actually makes me go more than I did pre-baby (as a true Yorkshire woman I hate not getting value for money) and I hardly ever regret taking the time to go see a film, even if it’s really rubbish.

My weekly cinema trips have ended up being really important to me as a new mum. Aside from the obvious enjoyment of watching the films, here are four reasons why I love going to the cinema.

1. It gets me out of the house

There have been quite a few days where it’s got to 4pm and I realise I’m still in my pyjamas. The intention is to be dressed by 8am (there’s no point getting dressed any earlier as my baby likes to spread his breakfast on my clothes as part of his eating ritual) but often I find it so hard to grab five minutes to myself, it’s just easier to stay in my PJs. Even if I do manage to put on cleanish clothes, there are often times where I just don’t leave the house. If the weather’s bad, or the hours escape me, it can quite often get to bedtime and I’ll be surprised that I haven’t taken a step outside all day.

A lot of the time it’s lovely to have an “at home” day, but sometimes it can do my head in. I’ve had one of Those Days today, where my baby’s just been A Bit Of A Handful.  The thing that’s getting me through the day is knowing that come 7pm, I’ll be out of the door, meeting up with a friend to have a brief chinwag before watching an unrealistic but hopefully exciting action movie, not covered in baby snot, milk or poo!

2. It means I can escape reality for a couple of hours

For those couple of hours that I’m watching a film, I don’t have my mum-brain on. I’m not thinking about the fact that I need to buy some more baby vests, what I can make for my baby’s lunch tomorrow, and that I must remember to take his bedding out of the washing machine.

Instead, I think about how different Margot Robbie looks as a “white trash” skater compared to Leo DiCaprio’s missus; if it’s physically possible for The Rock’s muscles to get any bigger; and why Sandra Bullock is applying her mascara in that odd way. I laugh at the humorous mix-ups, hold my breath during the daredevil jumps, marvel at the fantastical costumes, close my eyes at the gore, and smile at the kisses – I love getting completely immersed into these different worlds.

Even if I don’t like a film (oh how I really hated “I Feel Pretty”), I still enjoy the escape from reality and thinking in my head about how I could do a better job.

One of the other good things about going to the cinema as a new parent is I know how long I’ll be gone for. Factoring in the five-minute drive there and back, 20 minutes for trailers, and the 124-minute running time, I know that I’ll be home in under three hours.

My baby was on a bottle pretty much from birth, so I was lucky to be able to get out of the house quite soon in those first few weeks, knowing that if I was away when he needed feeding, his dad would be able to sort it. I was still breastfeeding though so couldn’t be away for too long before I’d start to ache and need to return to the baby or the pump. Three hours was the maximum time I could be away before starting to hurt, so a film was the perfect choice.

It’s also useful for the rare occasions where we’ve had friends babysit so my husband and I can watch a film together. (He’s not too bothered about going to the cinema, but we have an agreement that if it’s an Avengers or Star Wars film, then we’re not allowed to see it with anyone else and must go together.)

4. It gives me something to talk about

When you’re at home with a baby all day your topics of conversation tend to revolve around sleep, milk and poo. I know a few new mums who’ve actually been nervous about meeting up with friends or colleagues and genuinely not knowing what to talk about. They’re too sleep deprived to read books any more, too involved in this new baby bubble to have any idea what’s going on in the outside world, have missed too many social occasions to be up-to-date with the gossip.

At least when I’ve been to see the latest blockbuster I know there’s something other than parenting I can talk about. I can join in with conversations about whether you loved or loathed Cher’s appearance in “Mamma Mia! Here We Go Again”. I understand all the chatter about whether “The Last Jedi” has traumatised die-hard Star Wars fans. I can give an opinion on whether a friend should get an “in your eyes” fringe à la Cate Blanchett in “Ocean’s Eight”.

If you loved going to the cinema before becoming a parent, I urge you to go again. Or if you were never really that bothered but need a couple of hours to just have a break from being Mum, give it a try. A trip to the silver screen lets you unwind and enjoy an adventure from the comfort of your (often reclined) seat. Indulge yourself with some outrageously expensive popcorn and a slushie too, and you’ve got yourself a proper little treat.