Yeah, I Bribe My Kids – And I Don’t Care 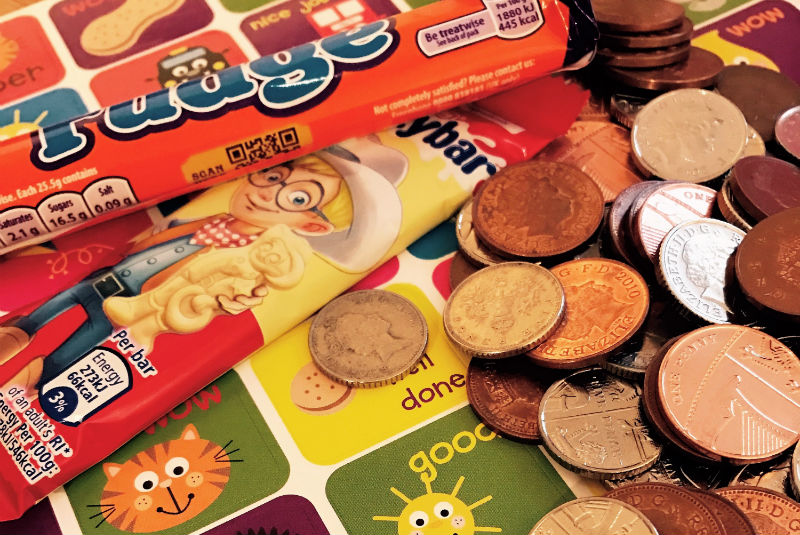 We are all perfect parents…before we actually have children.

We say we won’t use dummies, our kids will sleep through because we will tell them to, our days won’t be filled with TV and we will not be dictated to by our kids or their napping patterns and we will most certainly not bribe them. They will behave because I damn well say so and if not there will be consequences.

I do a lot of things that I said I wouldn’t and you know what? I’m okay with it. I’m three kids in now so I think that makes me pretty established as a mum (at least in the early years – god help me as they become teenagers!) but I’ve found my rhythm and I know what works for us, and so I’m not ashamed to say;

Okay, so maybe the term ‘bribe’ is a bit strong, instead think of it as ‘rewarding’ but the idea is the same. In our house my four year old knows – ‘what do good boys get? Treats. What do naughty boys get? Nothing.’ If he’s been a little shit since he got home from pre-school and asks me for some biscuits then he gets referred to the ‘nothing’ answer but rewards (bribes) really work!

We’ve done sticker charts for potty training and eating with a knife and fork. I keep snacks in my bag when we go out and if he’s good he knows he can have one and our latest bribe is money. He has a thing about coins and recently wanted a money pot from the pound shop purely because it had Spider-Man on it and now it’s used for rewards. If he gets dressed without me having to ask 20 times and losing my shit because he isn’t listening then he gets a coin for his pot. Brushes his teeth with no fuss? Coin. Reminds me as I’m about to drive away that I forgot to strap him in his chair (true story), coin for being very clever and reminding mummy to be safe! (whoops) He isn’t fussed about what kind of coin he gets, he doesn’t know the difference between copper, silver and gold and usually it’s a 1p or 2p but he’s so happy to have been given some money, he loves putting it in his pot and he’s been told when it gets full he can buy a new toy or something else nice with it. Not only am I teaching him that good behaviour gets good things in return but he’s going to learn about saving too. Win!

I won’t lie, sometimes it is downright bribery. There are definitely times when I’ve said “if you stop screaming and behave for 5 minutes then you can have these chocolate buttons” but you’ve gotta do what you’ve gotta do when you’re out in public sometimes! And yes, there is always a ‘Janet’ who frowns upon you because her children are sitting perfectly in her trolley and she’s never lost her temper ever but so what? If it stops them having a total meltdown then I for one am happy.

I’m not saying that punishment doesn’t happen, our ‘step’ is well used but instead of shouting about the bad – which happens more than I care to admit – I try and encourage the good.

Like this? You’ll love Liz’s blog Becoming Mumsy: How Did I Become the Stereotype?