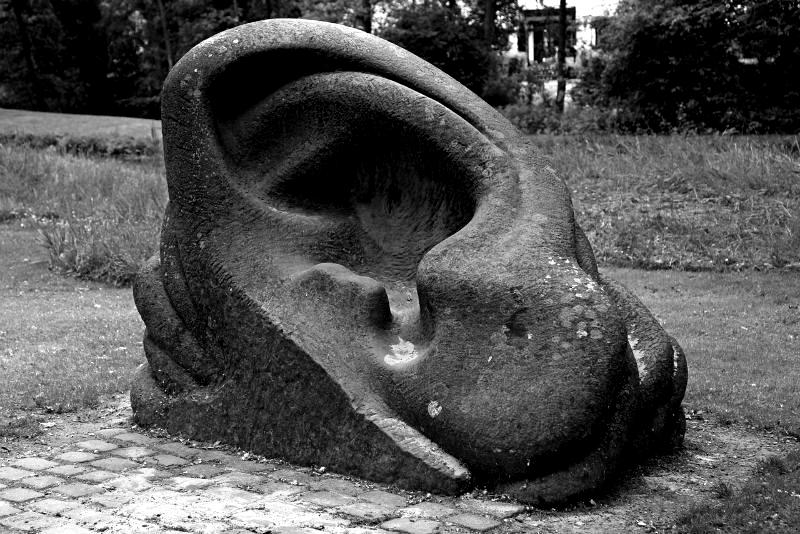 It’s amazing how having children can induce selective deafness  – in ourselves and our partners, and of course, our children.

When they are little, the slightest “goo” from your baby can induce raptures and if you are stuck at home all day with them, of course you want to share news of the baby’s verbal prowess with your other half, who probably wants to just switch off and watch telly when he gets in from work.

So, they pretend to listen to you, occasionally throwing in a “Mmm”,  “Did he?” “That’s incredible!”, with one eye on the screen and the other on their glass of wine. Add another kid and double the boredom. Add school playground politics and watch their eyes glaze over.

That is not to be mean to them because you will be sitting there while he drones on about his day  – when he gets to talk to adults! – thinking “Jesus, I’m so tired, I just want wine/ sleep/ chocolate/ coffee/ more sleep” but you will say “Amazing!”, “You’re so clever!” “Fancy that!” and so on. I know couples who haven’t actually had a meaningful conversation in years but they get by when they actually have to communicate at weekends, fuelled by bottles of wine.

This cycle of not really listening also extends to asking for things to be done around the house -“Don’t you remember I said to put the bins out?”or “Could you pick up some milk?”

And if you ever thinking of going out of the house and leaving him with the kids for more than five minutes do NOT expect him to have heard anything you said before you left. Complicated stuff like what the baby is going to eat/ wear/ play with –  forget it. Once I went out for the afternoon and left my husband with our six-month-old. When I returned, the baby was fast asleep on the floor in the living room, while the husband was busy playing with the Playstation. This counted as “childcare” in his head, never mind that I had left a heap of educational toys and strict instructions on nap times. He hadn’t heard that, apparently.

I wonder whether the smartphone/iPad obsession has made all the not listening worse? As a parent, if you have one eye on your screen, can you really be listening to your child? I am not judging here, I am guilty of this more than most. It also allows me to juggle being a mother and working from home, for a start.

We also don’t often listen to ourselves. I say things I never intended to when I first had children. My first baby wasn’t a “no, no, no!” toddler because I consciously made an effort not to say “no” all the time and to find other ways of persuading him to do things. By the second one, I was so knackered I couldn’t have cared who said yes, no or whatever, as long as I got some sleep.

The most shocking thing is when  your kids reflect back to you what you say to them, or they say it too each other. On a recent car journey, my two boys were having an argument. “Shut up!” said the eldest to the youngest. “Just SHUT UP!”.

“But, you told me to shut up the other day!” said the eldest, “which makes you a bit of a hypocrite.”

Oh dear. And I thought he hadn’t been listening…

Like this? You can read Beezy’s last blog here

Beezy Marsh is a mother-of-two, journalist, writer and constant launderer who is looking forward to her first novel, Mr Make Believe, about an imperfect mum, being published later this year. Life-Love-Laundry blog and book news on my website.