Hashtag AD: Are You Under The Influence? 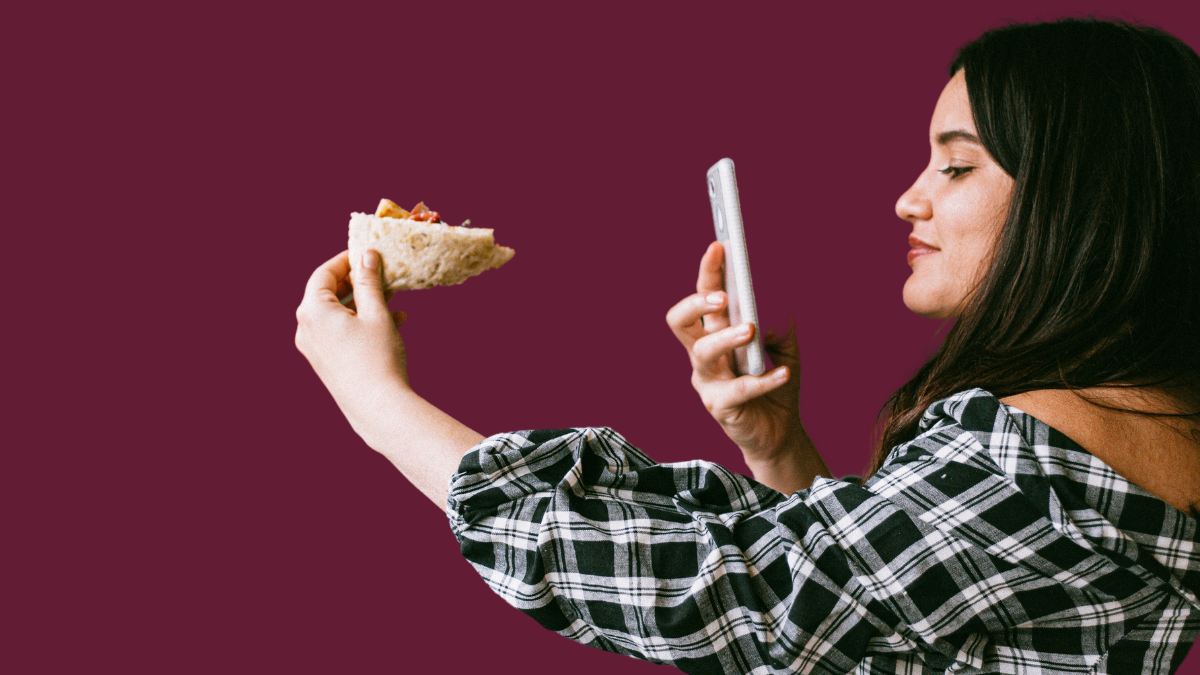 Influencers have risen to be social media stars over the last few years, reaping the rewards of their follower count – and creativity – as they have carved a whole new industry from scratch, and in some instances, like Mrs Hinch, even the new ‘celebrity’ of our age.

You might have noticed the change as Instagram went from a series of pretty pictures into a key platform for most influencers to harness and monetise. If you are a follower of one of these accounts, how does it make you feel when the person you follow goes from online ‘friend’ to pitching products and services to you at every angle?

Let’s get one thing clear from the off – most influencers aren’t entirely comfortable with the moniker they have been given by marketing bods; but needless to say, they probably aren’t exactly rejecting it either. After all, when your follower count can be worth, easily, over £100k a year, I reckon there aren’t many of us who wouldn’t leap to the opportunity.

Let’s just talk about that ‘worth’ for a second. The rates that influencers can charge has been a rather secret society and by that, I mean that most don’t even discuss it with each other, let alone publicly. There is no standardisation, so an influencer (or social talent, as they are sometimes also referred to) has to sort of, kind of, stick a finger in the wind and hope it tells them the best way to price themselves. There are apps, (of course there are apps!) that can give a guideline but otherwise it’s a sense of gathering your stats and placing a value of what you think your audience is worth, versus how much time, energy and cost a campaign might be to them personally.

Ah, yes. ‘The Work’. The work of an influencer is often disparaged, mainly by people who really have no idea what they actually do aside from seemingly stand around in nice outfits and pretty backdrops. (Hello, Peggy Porschen). So what DOES an influencer do?

Well, in their defence, it’s a lot – much like a swan swimming on a river. You will see a pretty picture of your favourite influencer posing in a London mews, but in fact there has been a whole lot going on under the water for that photo to be uploaded on their grid. From networking and liaising with agents and PR companies, pitching for the campaign, creating briefs and storyboards, negotiating rates, directing and editing content, modelling, acting or writing, post production with video editors and photoshop, to then send the result off to the agency for a round of edits and changes that may even result in a full reshoot. Then they upload onto their grid or stories – ‘Hi Guys!’ – and await the results, which of course is where you, the follower hold the power. How you react is key to the success of the campaign. They then collate the stats and invoice for the job. Oh! And the joy of influencing is that some companies may take up to 3 months (and if they are a bad payer, longer) to pay you for that work. Phew.

I’ve done it, and I can confirm it’s utterly exhausting and nervewracking, and you feel that you are being pulled and scrutinised in every direction. I totally get it. And many are vulnerable to negative comments, attacks, trolling or even stalking. Sites like Tattle.life can either make or break an influencer; comments on their threads will call out their behaviours and their DMs can be overwhelmed with profanity and insults if they get it wrong. Worse, they may be ‘cancelled’ by the online community and never work again in the field.

So why do influencers do it? Well, for one, the rewards are boundless. From #gifted items, to gorgeous, decadent launches in the best restaurants, to ‘free’ holidays and for some, more money than they could possibly imagine, being an influencer is a pretty good job. And from a marketing perspective, it’s damn effective too. Over 93% of marketers will invest in influencers, and 9 out of 10 believe it’s an effective marketing tool for their businesses or products. For every dollar spent on an influencer, they get back $18 – so you can see, it’s most likely here to stay, whether we like it or not.

That’s why it exists – but how does it affect you?

Most of us follow someone on social media – whether it be Facebook, Instagram or even TikTok – because they show us something that resonates. For parents, it might be that their style of parenting is similar to yours, or perhaps they are aspirational, or offer entertaining sketches, or discuss big world view stuff that makes us stop and listen. Perhaps they have a store too and we like the things they make and then before we know it, we follow their friends too – and maybe don’t even really know why. But weirdly, we feel that we have an insight into their world, and for some of us, feel they are our friends as they share their highs and lows and everything in between.

‘Let Me Influence You’

What is it to be influenced? For many of us we might reject the notion that ultimately a social media ‘star’ can inform our choices, but how often have you bought a dress that looked amazing on your favourite fashion influencer, or ordered a Gousto box using their discount code, or bought a pram that apparently is exactly what every mum needs for her baby? We might not be particularly comfortable with it, but the power of an influencer is to convert your passive view into sales. Beyond that, Instagram has become a platform for the debate of much larger, societal topics – and perhaps you have reflected, or challenged your own thinking as a result of the content you have read from an influencer on there?

I recently asked The Motherload® members to share their thoughts about Influencers and the thread was quickly overwhelmed with opinions and comments – nearly 600, in fact. A few of you didn’t even know what an influencer was – one said she “couldn’t give a shiny shit“. Others felt that if they were bothered by the content, it was easy to scroll past and show your disapproval by unfollowing. Some shared influencers they absolutely loved – the Unmumsy Mum, Whinge Whinge Wine, Tova Leigh, Giovanna Fletcher, Anna Mathur, Candice Brathwaite and others got a few mentions on the thread as being great accounts to follow. And Daisy May Cooper, who is nothing short of a genius, as we can all agree.

What starkly stood out is that for many of you, it’s not a positive relationship or experience. For many, you feel disappointed – one MOLO even said ‘used’ – when it’s clear that someone you follow has started to ‘sell’ to you:

Some of you mentioned that you felt ‘icky’ – that it was like the cool gang at school, and you weren’t a part of it:

A lot of you also felt that their recommendations couldn’t be trusted because they were clearly being paid to tell you their wares:

In fairness, some of you also felt that you didn’t mind as long as any promotional activity was well marked as #Ad or #Gifted/Ad

One big issue with the influencer industry is the lack of critical debate over ethics and practise. I think it goes without saying that trolling and insults shouldn’t ever be tolerated – but it can feel that any constructive criticism is immediately dismissed and sometimes, deleted. Worse, it might be met with outright attacks from the influencer’s followers. There are few who will engage – like Anna Whitehouse, aka Mother Pukka often does – to answer criticism and engage. I know, personally, from The Motherload® that it isn’t easy to meet that criticism head on – when someone feels angry, or righteous in their thinking it’s hard to remonstrate with them, and not lose your cool when you feel defensive; hell, I haven’t always got it right either.

But if you are building yourself to be a brand, should you also consider your ‘customer service’ as part of your engagement strategy, and be transparent with your followers? I think so. We had comments on the threads from influencers who were both happy to discuss how they work, and also those who felt defensive and questioned whether The Motherload® was the place for them if this was discussed. I hope that by opening the conversation with this article, that we can have fair, considered and thoughtful debate about influencers on The Motherload® where both sides can learn and understand each other for the better.

Being under the influence is, for some, a negative experience that can affect our mental health. Many MOLOs had been left feeling inadequate that they were unable to afford or provide the same toys, products, holidays as those who they were following, and that’s very concerning when we think about the fragility of a new mum’s mental health after giving birth. What is the responsibility of an influencer in this? Should they be responsible for their audience’s mental health and take factors, such as mental wellbeing, into consideration when agreeing to campaigns?

The future of influencers is yet to be determined but one thing is for sure – if you are feeling affected by what you are seeing, you have the power in your finger tip to unfollow. Many of those working in the industry are considering the impact of gifted activity, for example, and how that is perceived in a post-Covid world by consumers.

As for being under the influence; well, ultimately we have the power as followers to determine the success of the accounts we follow. Likes, comments and follows are currency for an influencer, and if you are feeling a negative effect as a result, perhaps it’s time to unfollow for good and use your own influence and the power of your follow, elsewhere.

For more opinions, check out our Blogzine