The Best Baby Cake Smash Ever? 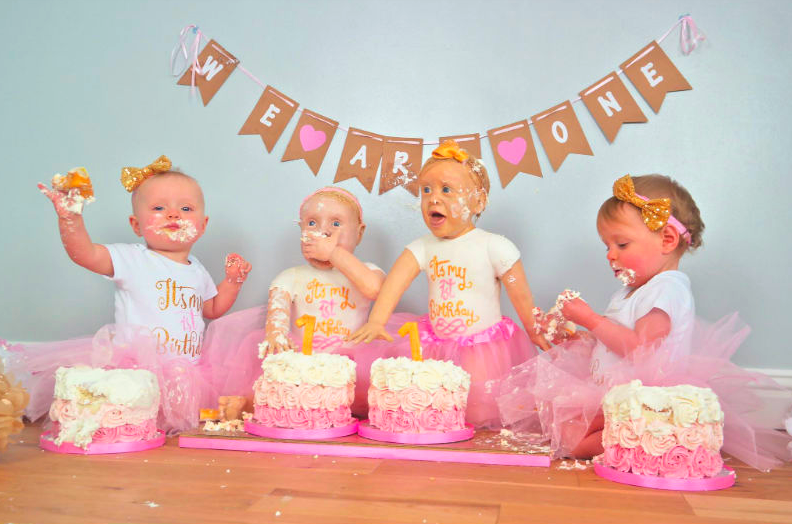 Looking at this photo, you could be forgiven for thinking it’s a picture of a beautiful set of quadruplets celebrating their first birthday. Wrong. Because two of the babies are actually made of CAKE. The other two – Lily and Lyla – are real human twins.

Their mum, Lara Mason from Walsall in the West Midlands posted this on The Motherload® Facebook Group:

Under a bit of pressure with the girls first birthday Cake/Cake Smash because I used to make cakes on the side of my real job… So I decided to do what any other slightly bonkers person would do and combine the two!

Totally get this won’t be everyone’s cup of tea, but not a lot of other people do this crazy thing that I do so I thought to myself… Why not?! I mean, what other kids get to say that their mum made them life-size cakes of themselves for their 1st birthday!?

Not exactly as I would have liked them, mad rush on to get them done before the big day, and little Lyla getting poorly last week didn’t help!

I’ll be cleaning buttercream out of the floorboards for months but I reckon it was 100% worth it.

Oh. My Word. Lara – you TOTALLY smashed it.

Let’s just remind ourselves these are the kids: 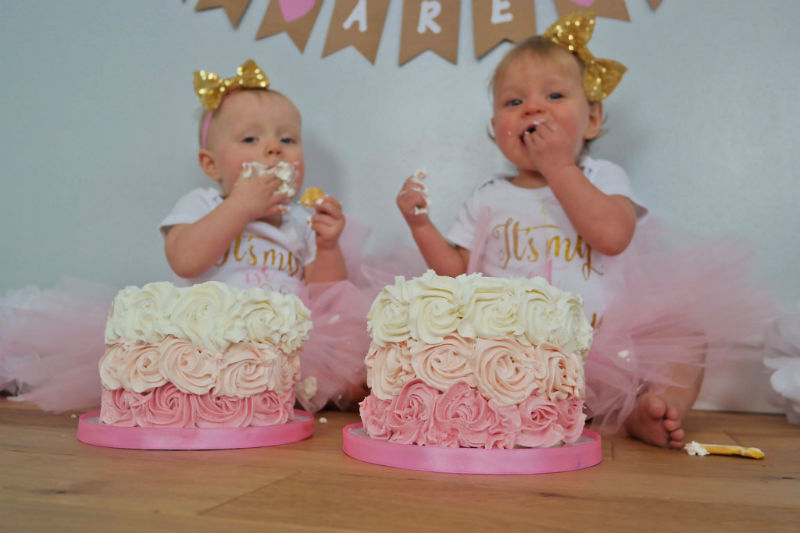 And these are the cakes: 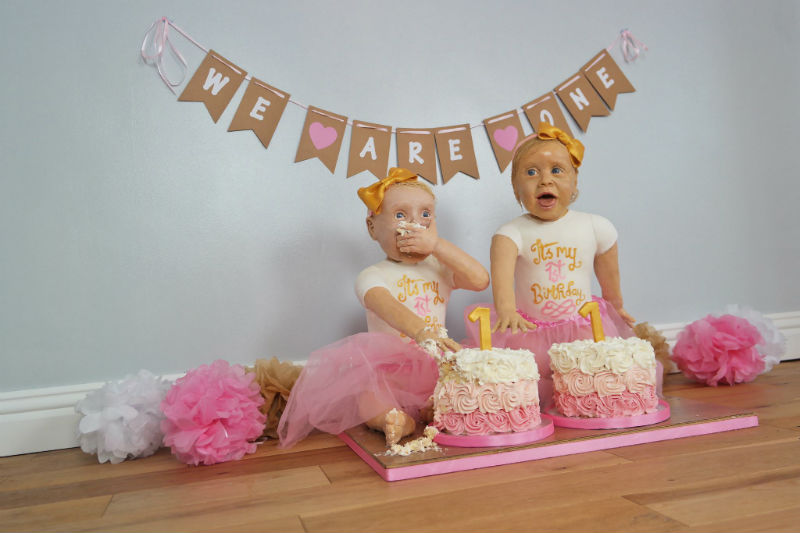 And these are the kids and the cakes together: 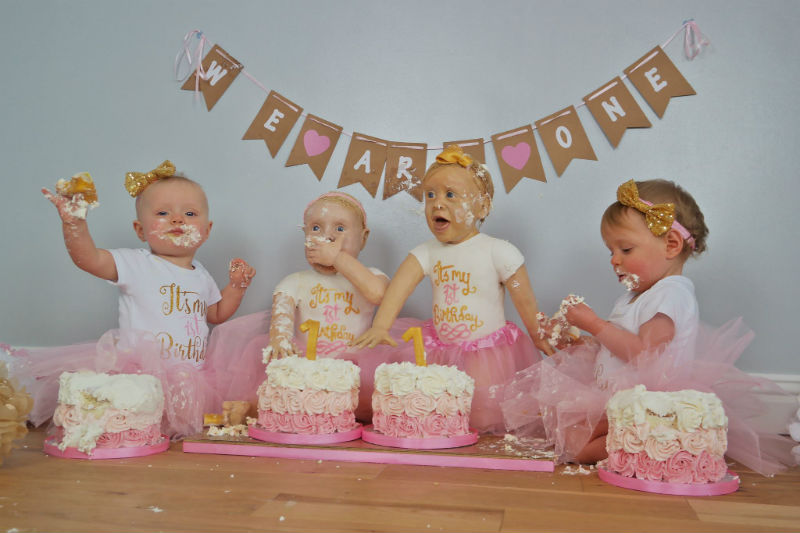 It looks like a hell of a lot of work. We asked Lara how she did it (whilst being a mum of twins no less!) Lara told us:

“The cakes have taken a fair few hours, I’d say about 100 to 120 hours over the last few weeks. Most of that time goes into the decorative icing pieces, so the cakes themselves I’ve been rushing to get done over the last week. They are made up of 22 6 inch round madeira cakes and 4kg of buttercream As well as 3kg of fondant icing and 5kg of chocolate. That’s 44 eggs, 2.2kg flour, sugar and butter just for the cakes! The hair is made out of pulled sugar so i had to make every individual strand separately, I’d say that was the hardest part. It’s the most critical I have ever been while making “cake people” because I feel like I did such a good job making them so cute in the first place!”

The babies seemed fascinated with their cake doppelgangers – check out the video:

The MOLOs were absolutely awestruck at Lara’s skills and within minutes of her post going in there were hundreds of comments:

Nicki commented: Absolutely amazing! I literally at first glance thought that was 4 babies!  They look like they are having a blast too
Lynsey added: I thought you had quads!! That is bloody amazing! And to make those while caring for twins!! You my dear are some sort of magnificent genie!! X
Zoe joked: 1) I thought you had quads and had to look twice  2) DID THEY EAT THEM?!
Adele said: Cake? What? I had to read it 8 times and watch the video twice to get my head around those babies not being quads…

If you think Lara’s cakes are amazing share this post! You can see more of her amazing cakes. For more fab stories from The Motherload® community head here. And for the latest from our bloggers, head to our homepage.