Breaking With Tradition: My Husband Took My Surname 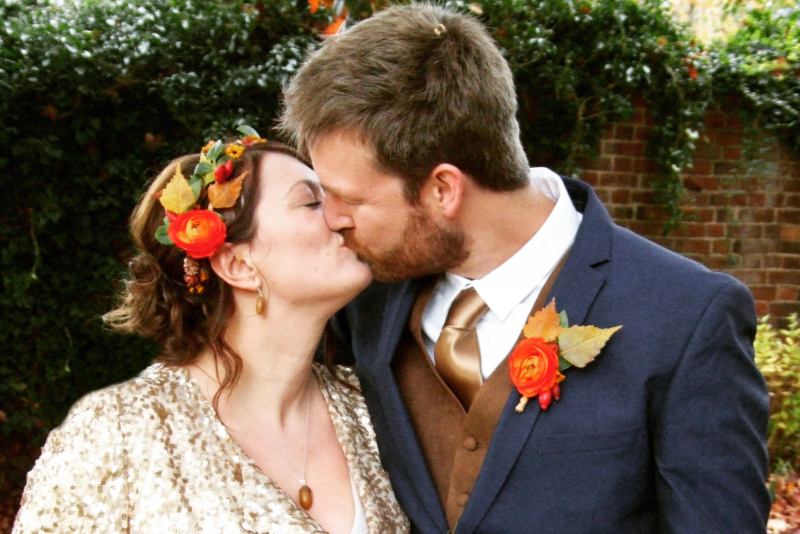 What’s in a name?

Apparently, quite a lot. A lot of old fashioned misconception, assumption, and expectation that if you marry, that’s it – you’ll ‘take’ your husband’s name. That your children will have their father’s name.

Well, from the 9th century, a female child was born with her father’s name and was under couverture – the concept that she was not an individual with individual rights, but literally covered by her father. Her name only changed upon marriage, whereupon she became ‘covered’ by him. Women could not own property, do business, or sign contracts, as they were not deemed to be individuals. They were one – and that ‘one’ was their husband.

This archaic, sexist practice of ownership in marriage is still firmly embedded, as the majority of women choose to take their husband’s name after marriage, without giving it much thought. Indeed, after my first marriage, I took my husband’s name and our daughter was given his name – because “it’s traditional!” Traditional yes – traditionally anti-feminist, anti individualist, and sexist.

After my divorce I returned to my maiden name, and after I remarried I made it clear that I would KEEP my maiden name. I had lost ‘me’ once and wasn’t about to do it again. However, as time rolled on, I realised that virtually everyone assumed that I had taken my husband’s name – even though I’d done nothing to suggest that. I never announced us as ‘Mr and Mrs’. I didn’t change my name on Facebook, my driving licence, my bank, anywhere. Yet still, post arrived from friends, relatives and even our window glazing fitter, for Mr and Mrs. An assumption that I found frustrating and insulting. Was I no longer myself, just because I’d chosen to be married?

My new husband found it equally frustrating. He wanted us as a family to share a name – but he was happy for it to be any name. He didn’t pressure me to take his on. We tossed around the idea of having a brand new name thought up just for us – as friends have done – but I realised that my last name was pretty damn cool, and I wanted to hold onto it.

So we had a chat about it and he said that actually, he was fine with adopting my last name, and changing our youngest daughter’s name at the same time – so we did. When my eldest found out, she was upset that she was the only one without that name, so we had a chat with her and her father, and they agreed that she could have my last name added into her name by deed poll. I’m pregnant again, and this one will be coming out with our family name firmly intact – AND he’s a boy. How’s that for a turnaround?

However – the stigma of doing such a thing is still rife. For our second wedding anniversary, my husband announced his name change on Facebook and was met with a degree of incredulity. “Why? Why would you choose that name” and so on. He had to point out that in fact, it’s MY last name he’s taken on – apparently I’m invisible, just ‘Tom’s wife’ – to the extent that even some relatives weren’t aware what my last name was.

Apparently, names are a confusing kettle of fish that many (most) women give up without much thought as to why they are doing so. Men have no more right to expect a name to be adopted by themselves or their children than they do to expect us to remain under 9th century couverture, yet we still blindly accept the status quo.

If you consider yourself a feminist, and believe in an equal society, think before you change – what exactly are you giving up, and why?