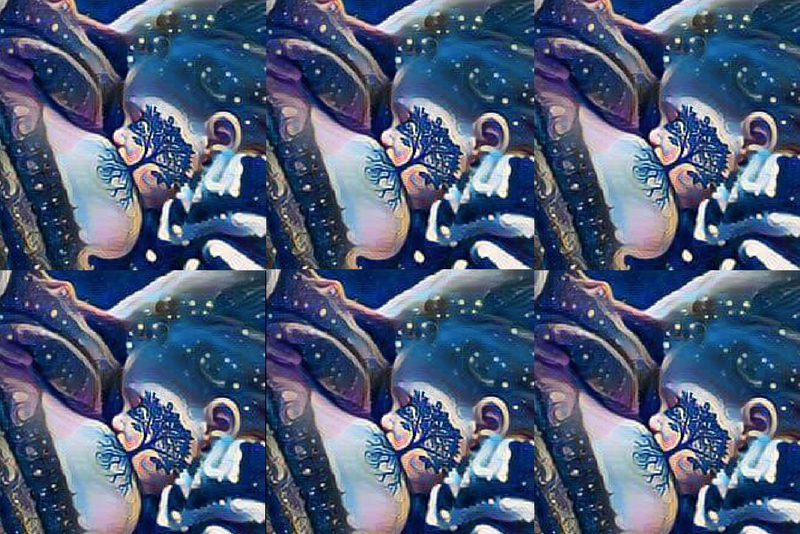 I’ll be honest, I never really doubted that I would breastfeed my baby once he arrived, all the women in my family, from my Mum to my aunts and my cousins – had breastfed their babies and so to me it was the norm.  I appreciate that for a lot of people it’s quite the opposite, but that was how it was in my family – no big deal.  Day 6 was pretty rough and I did briefly think about packing it in; days of burning nipples, enormous swollen boobs and the beginnings of PND were taking their toll, but by the next day the pain was subsiding and I could see light at the end of the tunnel.  So we carried on and a year later here we are – still carrying on.  I’m not sure exactly what I expected from our breastfeeding journey but I never considered that it might awaken the feminist in me.  I was wrong.

When my son was about a week old I took a shaky walk around the park with baby and husband in tow and I struck up a conversation with a woman named Rebecca in the park (it’s worth mentioning here that I live in Merseyside, officially the friendliest place in the UK, and therefore did not come off as a nut-job – random park exchanges are acceptable in the lands of Scouse and surrounding areas).  She was walking her dog with her son who at a guess was around two.  Rebecca asked me if I was breastfeeding to which I responded that I was; she told me it would get easier (it did) and I nodded along.  And then she said “Technically I’m breastfeeding” and I stupidly asked her if she had a baby.  Of course she did – he was with her – her baby was two.  I can’t be sure, but I think I looked at her like she had two heads (if you’re reading this Rebecca – my sincere apologies, I was utterly clueless).  My baby was tiny, snugly tucked into his daddy’s chest in a stretchy wrap.  When I thought of breastfeeding images they were always of mums and their tiny babies – four months at the most – yes my baby fitted the image perfectly – he looked just right.  I couldn’t imagine feeding such a large child, it made me feel uncomfortable.  Why would you do that I wondered, mentally categorising her as ‘out there’.  Rebecca must have sensed my surprise and simply said “Society might judge us but we don’t care do we?” to her son.  Again, you are right and I’m sorry.

I’m not sure why but I always thought that you were only ‘meant’ to breastfeed to six months, I think maybe that was the ‘norm’ when my mum was boobing and the follow-on milk adverts I’d seen growing up supported that theory. Breast milk for six months and then formula for six months I thought, fine.  But what if we didn’t want to move to formula?  What if I discovered that my boobs were actually pretty magical – curing everything from hunger, to a bump on the head to over-tired ragey tantrums of doom?  What if I discovered that my son would only sleep on the boob for me (shhh, don’t tell my health visitor) – why would I stop feeding then?  Because my little chunk doesn’t look like the breastfeeding images anymore?  Because other people might disapprove?  Would I really remove my boy’s main source of comfort out of a misguided sense that other people might find it strange?  Ultimately would I be ready to put the opinions of others over the emotional needs of my child?

I remember my Mum saying that she had fed my younger brother for the longest  of the three of us (until 14 months), she told me that she had stopped then because at that age he had mastered unbuttoning her shirt and it made her feel uncomfortable.  But what had really changed?  Sure he had become more dexterous and could communicate more clearly what he wanted – but did that really alter the way that he viewed her breasts?  To him they were still his comfort and food source – nothing more and nothing less, but yet to my mother everything had changed – because the sensation of somebody else unbuttoning her shirt had a very different meaning to her and created a connection that made her feel deeply uneasy.

As I have continued on my breastfeeding journey, the media hypocrisy around women’s breasts has astounded me – whether it’s the Wonderbra billboards and bikini adverts at the bus stops or Loose Women having another breastfeeding debate and unwise forays into Facebook discussions which quickly devolve into formula vs breastfeeding (nobody wins). It seems to me that we are fundamentally very confused about the primary function of women’s breasts.

Let me break it down – the correct anatomical name for breasts is mammary glands; these mammary glands are an integral part of what makes us mammals – that as a species we have the ability to feed our young milk, produced by our bodies, from these specially made glands.  No amount of advertising will change that fact, but it may change our perceptions.  I am not for one second saying that breasts can’t be sexual, of course they can be, but much like our lips they might be sexual (during arousal) or equally they might not be when we are eating, talking or, you know, breathing.  Imagine now that somebody said that you had to cover your mouth when you were breathing.  What would be your response, would you think they were ridiculous?  What if a large portion of people were in agreement that you should cover up – would you feel a sense of shame?

I never imagined that the subject of breastfeeding would make me feel so passionate about women’s rights, that I might take a brelfie (that’s breastfeeding selfie to you) for World Breastfeeding Awareness week or create a ‘Tree of Life’ picture. But then again, I had been successfully brainwashed by patriarchal advertising to believe that my breasts existed primarily for the satisfaction of men and as an indicator of my attractiveness – I had never had cause to question that assumption before.  A year into breastfeeding and my breasts have never been more incredible to me – they grew my boy from scratch and he is bloody amazing.  I have a lot of respect for my breasts, and actually all breasts.  They’re pretty awesome.

But despite how awesome our boobs are, women still seem to be getting a raw deal – we are pressured to breastfeed, but then given little to no support to do so.  For so many women this lack of support or accurate advice leads to the end of their breastfeeding journey and can give them yet another reason to feel guilty (why hello there mum-guilt).  Ultimately this dynamic creates enormous tension between formula feeders and breastfeeders at a time when so many women are vulnerable and need support.  Conversely if we are successful in our journey we are given no guidance on how or when to wean from the breast but instead are surrounded by media which tells us to cover up, to be discreet, don’t stop feeding them to early, don’t feed them for too long.  We can’t win.  And that is why talking about breastfeeding is so important; it’s why #normalisebreastfeeding can be found trending and why we post brelfies; contrary to what you may read or hear, the ladies participating in this awareness-raising are not women who have developed a need for attention or ‘lactivists’ who want to vilify mothers for giving formula.  We are mothers like you, who are desperately sad for all the women who have been failed by our health service, unsupported by their partners, ridiculed by the media – we are angry about the lack of care for our fellow women, we are protesting against aggressive formula marketing which makes new mothers doubt their incredible bodies, we are lobbying for support in hospitals and beyond.  We are not here to bash women who formula feed but we are here to support new mothers and their babies on their way.

So as I have joined the ranks of brelfie feminists I must admit I do cringe a bit when I think back to my discussion with Rebecca last year.  Thankfully these days I’m armed with some pretty fabulous information about all things boobing and happy to remind naysayers that the World Health Organisation recommends complimentary breastfeeding up to two and beyond.  I’m also pretty comfortable with my incredible lactating abilities and have even had breast milk in my tea when the fridge was empty.  Perhaps that’s too ‘out there’ for some, but much like Rebecca – society might judge me, but I don’t give a damn.

Love this? Share it and spread the MOLO love! You can read Claire’s beautiful blog for The Motherload® Now You Are One or for the latest from The Motherload®, head to our homepage

33 year old first-time mum muddling her way through one nappy change at a time. Lover of yoga, music, walking, roast dinners, cosy nights in and chocolate.