Don’t You Forget About Me! 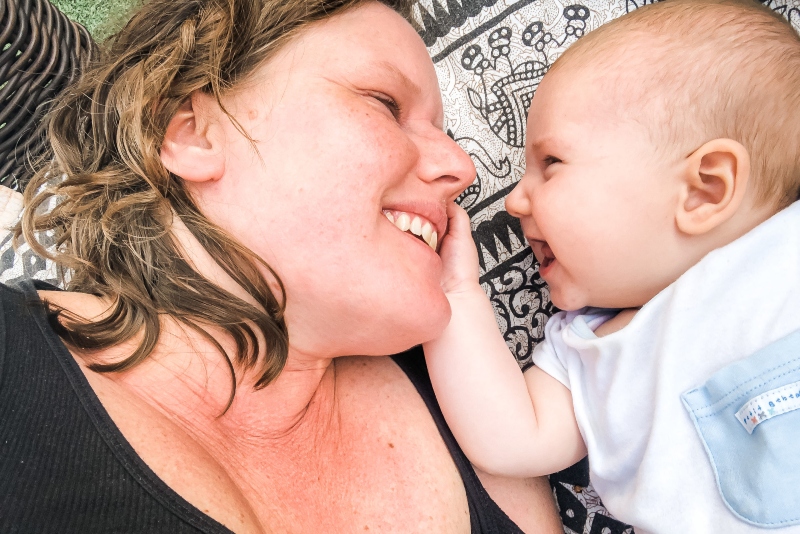 During my labour with my son, we had a playlist on with lots of our favourite songs. When he was born Simple Minds Don’t You Forget about Me was playing.

We just thought cool, he’s got a solid birth song but now it seems more apt than ever!

He’s so chilled, you forget he’s there

He’s so little trouble, I forgot about him for a minute

These are just a few of the things people have said. I know they probably mean it as a compliment because he’s such a chilled and relatively easy baby but it really gets under my skin. There’s just something about people saying your child is forgettable that isn’t that cool. He is a very relaxed, contented baby. He barely cries (even when his sister sits on him), he smiles at everyone he meets, he’s quite happy to sit in his bouncer chair or the buggy and watch the world go by while closely examining his hands – apparently they’re fascinating! He really is no trouble at all in baby terms and I’m so grateful for him.

We call him our dream baby because he’s also a really good sleeper at the moment. (I’m fully aware of how quickly that can change so I’m definitely appreciating it for now.)

His older sister is totally the opposite – a whirlwind, our mini anarchist. You definitely can’t forget she’s there and even when she was a baby she certainly made herself known! I like that both our children are so different but I don’t want her social dominance to overpower him.

I’m not worried about him and how he is but I do worry about how people perceive him. If he is our quiet, laid back child will he be heard? Will we be able to balance time with him and time with his much more demanding sibling? How will he get on at school and at nursery when he’s fighting to be noticed in a much bigger environment?

I don’t want to be the over-sensitive parent but how do I respond when people say things like that? I feel like I need to stand up for my child, especially because he can’t do it for himself. This may sound crazy but it feels like people are saying he doesn’t have enough personality and he doesn’t make an impression.

To me he is anything but forgettable.