The Emotional Cost of Chronic Pain 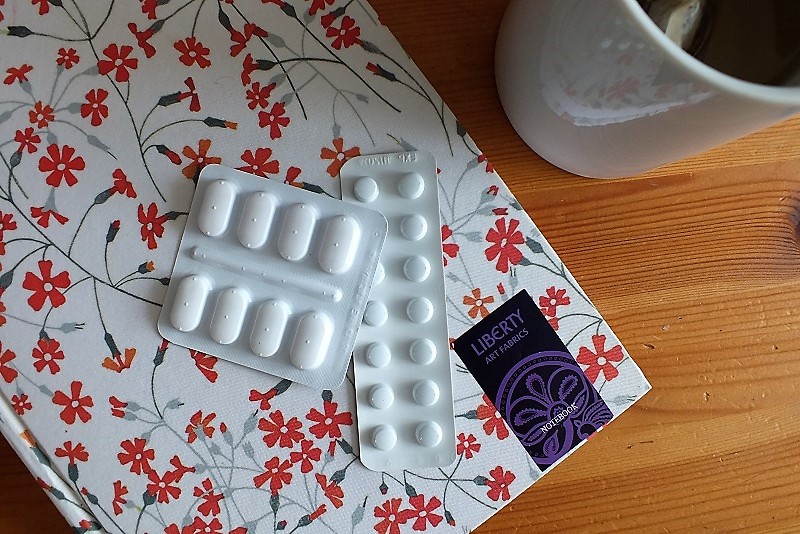 When my daughter was a baby,  I started suffering from intense, toothache-like pains on the left side of my face. It took a lot of back-and-forth to various health professionals, but in the end, it turned out to be Trigeminal Neuralgia, a nerve pain condition.

It’s weird to tell people about this, especially because I tend to be so blase about it (‘yes, trigeminal neuralgia … chronic nerve pain … incurable …’) and because people have usually never heard of it. It’s actually nicknamed ‘the suicide disease’ because the pain is so unbearable that people have actually ended their lives because of it.

In my case, there is nothing that can be done to cure it.

Luckily for me, the pain is quite manageable with medication. I even managed to switch to a baby-safe medication in order to become pregnant with our youngest, and I can still breastfeed him with this medication, with little-to-no-pain for me.

The recent pain attacks have shocked me because I’ve been without that pain for such a long time now. We’re talking well over a year with barely any attacks at all. Recently I’ve had a few in a short space of time, and it’s hit me like a ton of bricks, despite being well-practiced in dealing with it by now.

It got me thinking about the emotional cost of chronic pain, particularly illnesses that can’t be seen on the outside by anyone else. Pain is subjective, so when someone says ‘it hurts’, how can you imagine it? Or relate to it? You only have your own experience to guide you. It can be isolating, to feel it when no-one around you is feeling it with you. You get kind of locked in your own head space. You start to question whether you’re dealing with it properly or not. Whether you’re being weak.

So I thought I’d write a little something about the emotional toll of being ‘ill’. Because it’s important to talk about mental health, right? And maybe I can connect with someone who suffers from a similar condition. Who knows.

The three main things that I feel when I have a pain attack are:

I’ve always been one of these people that has to occasionally cancel plans, because my immune system is a bit rubbish. I’m one of those ‘breathe in my direction and I’ll catch it’ type of people. Or at least I used to be. Since having kids I’m a bit more robust, but in my early twenties I was constantly suffering from a cold or a tummy bug or something. It was just what happened.

Still nothing prepared me for how helpless I feel about a trigeminal neuralgia attack. When it’s bad, I’m useless, and I hate being useless. I often ask for help far too late. Because I don’t like asking. I want to be the kind of person that takes it on the chin and it frustrates the life out of me when I can’t do that.

Physical illness takes things from you: pride, and dignity. I think we can all stand to lose a bit of pride sometimes, so that’s a blessing and a curse. But I’d rather hold onto my dignity. I’d rather not let anyone other than my ‘extra close circle’ (i.e. my husband and kids) from seeing me in that much pain. Which means I sometimes don’t ask for help early enough. It is not in any way fun.

Parent guilt. I’ve written about it often. It sucks, doesn’t it? Nothing you do ever feels like enough. Sometimes my kids’ lives are directly impacted by my TN. Whether that’s because I can’t take them outside on a cold windy day (a known pain trigger for me), or whether that’s because I’m already in pain and I can’t cope with playing or reading stories because talking hurts.

I also feel a pang of guilt for how worried my husband gets. It’s not like he freaks out every time, but I see concern in his eyes when an attack starts, because he knows how bad it can get. I remember how scared he was when I was first in pain and we didn’t understand it, how helpless he felt. I can sense him bracing himself for it. And I hate that.

I signed up for lots of trigeminal neuralgia support groups on Facebook when I was first diagnosed. It was brilliant because it took me out of my state of isolation. I knew I wasn’t alone, that I wasn’t going mad, that other people understood it too.

And then eventually I had to unfollow them. Because I can’t cope with seeing people in a worse condition than me. Some people are suffering, as in, nothing-touches-this-pain suffering. TN doesn’t respond to normal pain relief: it’s why I am taking antidepressants for it, because it is a particular type of pain that normal painkillers can’t touch. You have to find other ways around it. In the midst of agony, you can’t just ring the doctor and ask for some cocodamol or something, because it doesn’t work that way.

People need to share their pain experience because it helps, and I support that 100 percent. I just can’t watch it. I can’t see videos of people crying in pain, I can’t read accounts of people turning up to emergency rooms (a lot of these groups are based in America) begging doctors to help. It scares me. It scares me that I might get worse, that I might one day be in that position. It scares me to think that it might get worse. Is that cowardly? If so, I am a coward. I can’t face it. I don’t want to know my own future.

I want to live in ignorance, right now.

If you’re reading this and you don’t have any idea what it’s like to live with pain like this, but you have someone in your life that does – please be patient with them. Sometimes they might drop out at the last minute, they might let you down when you need them. They might moan a lot, or they might withdraw and seem distant. It’s difficult, but if you love them, bear with them. You might not be able to see what’s wrong with them, but they live with the reality of it every day.

If you live with hidden pain – pain that lies under the surface, illness that impacts your life in a huge way but can’t directly be seen – it can have a massive impact on your mental health. It’s important to talk about that, and to try to come to terms with it. If you’re out there and you’re feeling the same way I do sometimes – please do talk to someone about it.

And understand that you’re not alone. You’re far from alone.

Like this? Share it, and spread the MOLO love! You can read Megan’s last brilliant blog Next Level Sleep Deprivation: A Survivor’s Guide and for the latest from The Motherload®, visit our homepage