F*ck the Fairytale, Marriage is Tough 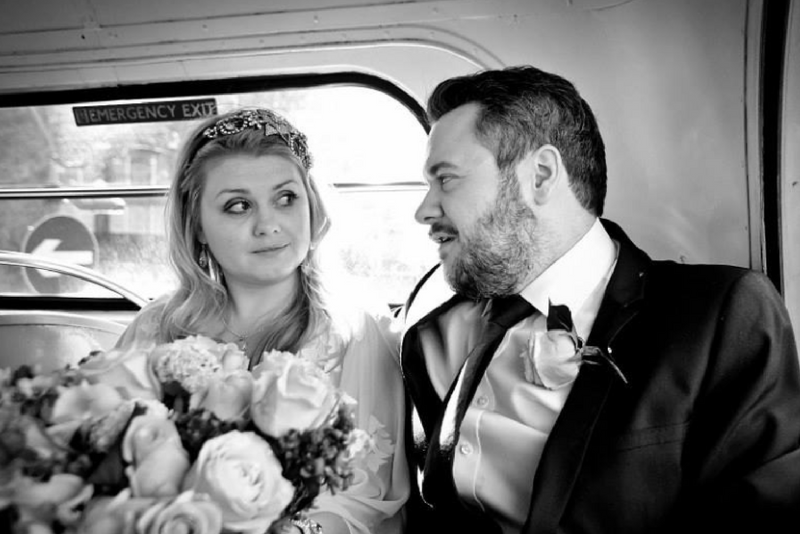 Last night, Mr Dyson and I had a row. I’d cooked for us, and as he walked in the house was calm but the kids wanted to see him before they went to sleep and so he duly took them to bed where Bess promptly launched into a mega tantrum…

After finally eating the dinner I had slaved over for an hour and a couple of glasses of wine we ended up in our own mega tantrum after a discussion about money/another baby/constant compromise went awry and I felt hurt, crushed and gutted and he felt furious and flounced off to sleep on our daughter’s floor instead of our bed. The main issue of our row? ‘Compromising.’

No one tells you about this shit, do they?

All those films from Hollywood about the perfect guy and the perfect wedding and NO ONE mentions that occasionally, the crapola hits the fan and you can simultaneously loathe every breath your beloved takes while loving them deep into your core.

Or…argh. Because we are being sold up the flipping river here, ladies, stitched up like a kipper, told that marriage is all white tulle and the perfect laced icing, a massive ring and moments captured in a photo frame of a ‘perfect day’. Marriage is nothing of the sort, and it’s about time we talked about it.

Marriage is a push me/pull me, compromise of two people, two wills, two ideals and two ambitions. It’s a constant work in progress and it’s a silent agreement that you will continue to work at it, even when you have tripped over their trainers for the gazillionth time or wiped their poop flecks off the toilet bowl, or picked up the wet towel, again. It’s an acceptance of a lifetime contract of debates, and bickering and hiss-bollocking because they haven’t loaded the dishwasher.

It’s the times you wake up with the baby and feel fury in your belly that they are still snoring away, completely oblivious. It’s the 4am c-bombs, the 6.30am fuck-you’s and the 9pm silent retreat into your corner to lick your wounds. It’s the brutal verbal jabs, the needling of the Achilles heel, and the moments you honestly question whether this is what you both want. It’s farts in the bed, it’s the pants on the floor, and it’s the competitive divvying up of chores. It’s months without sex, it’s days without kisses, and it’s nights spent sleeping on the edges of the bed to ensure the gulf between you is physically as big as you can get it whilst sharing the marital bed.

Why don’t we talk about this more often?

Add a baby into the mix, a couple perhaps, and things get even more intense. The fuse is shorter, the patience less, the impatience grows like a monster as the sleep deprivation fills every pore and brain cell so you can’t even argue any longer and have to result to louder and louder ‘fuck you’s to get your point across. Debates become centred around who has slept the most, or paced around the bedroom shushing and patting the longest, or the number of nappies changed or time owed back from nights out.

We’ve got to talk about the mechanics of marriage more.

Not just the moans about the daily grind, but the reality of living with another person twenty-four seven. Of taking on their personality, warts and all, and learning to accept their flaws; but more importantly, learning to accept your own. It’s seeing your own faults through their eyes, and loving each other enough that they don’t matter. Marriage is a contract, but it’s also a union. It’s a friendship for a lifetime.

Mr Dyson and I had marriage counselling a year or so ago, with a wonderful woman through Relate. We were absolutely on our knees, having the conversation about how we would take the next step to separate and it was a last ditch attempt to attempt to heal the enormous rift that had grown between us. £500 later, sessions filled with tears and accusations and recriminations and we emerged, stronger and better than ever. We made time for each other and we made a pact to ‘fill the cup’ more often. But what we learnt the most was to listen to each other, and accept that we both have valid points that matter, regardless of how ‘right’ we thought we were. (Disclaimer: He definitely thinks he is right a lot more than he actually is.) It’s about centering your relationship at the core of your family, and prioritising each other.

I remember when I was little, my Granny told me that Grandad was her best friend and I thought it was weird because HELLO GRANNY, he’s your husband! But actually, she was right. Love ebbs and flows. You don’t remain ‘in love’ every day in that flush-of-butterflies-and-rose-tinted-specs way. ‘In love’ takes on a different form. It’s the commitment and loyalty you demonstrate for each other and trust that isn’t broken. It’s in the cooking of the dinners, the back rubs, the unexpected flowers, the pinch on the bum as you bend into the fridge, the filling of the cup with kindnesses for each other. It’s the conspiratorial glances, the jokes between just the two of you and the building of memories over a lifetime that you share.

As for our row; we are still in the stink with each other, because you know what, that’s life. But at some point, I know he’ll do something stupid to make me laugh, and I will, because I’ll forget to be hurt and furious and I’ll say something like ‘I’m still cross’ and he’ll say ‘don’t I know it’ and then we’ll give each other that eyeroll-y grin. We might not even properly talk this one through, because let’s face it; we’d be here all year. But that’s marriage, isn’t it?

And between you and I, I’ll take all the poo-flecks, wet towels, (fucking) trainers all over the house and the furious rows any day; as long as I have every day with him.

Like this? Share it, and spread the MOLO love! You can read more from Kate and for the latest from The Motherload®, head to our homepage

Founder of The Motherload®. Wife, mum to two girls, two cats and shit loads of washing in baskets that sit around the house waiting to be ironed. It never happens. Hater of exercise, denier of weight gain, lover of wine. Feminist.