Four Lessons We Could Learn From Toddlers 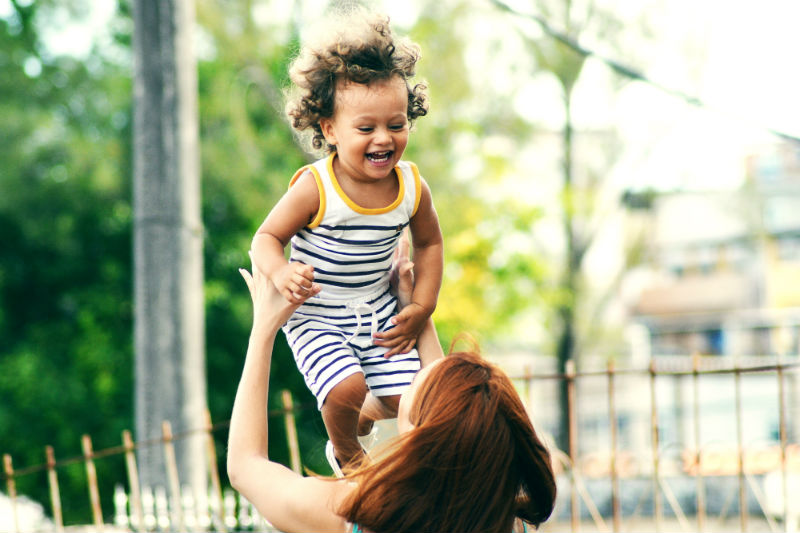 Raising a child is a massive learning curve and every stage brings up new challenges. But seeing my little man transform from a baby into a toddler got me thinking about what I’ve learnt from him. Hands down the biggest lesson he has taught me is patience. Don’t get me wrong, I still have a very low tolerance for morons and get irate when stuck behind a slow moving pedestrian at lunch but with Henry I enter a zen-like level of calm and let the patience of a saint wash over me.

1. Don’t be shy about sharing your emotions

Dealing with tantrums is never a pleasant experience. Especially in public. Things my toddler has had massive meltdowns over recently include:

We’re talking the full range of tantrum hallmarks – tears, snot, red face, rigid back, crying like the world was ending… you know the drill. But then five minutes later he’s back to being his usual happy self and all is forgotten.

Now, I’m not saying we all need to start throwing ourselves on the floor and wailing whenever we don’t get our own way but maybe if we’re a bit more honest with how we’re feeling and stop bottling things up we’d be a bit less stressed and a lot happier.

I’m amazed at the amount of food a 16-month-old with a tiny belly can put away. He can easily eat an adult-sized breakfast and regularly demolishes a banana shortly after.

But as soon as he’s had enough he lets me know – usually by dropping food on the floor. Still, if only I had the ability to stop eating when I was full and not blindly continue with the family-sized bar of chocolate just because it tastes good then I might have been able to fit into my pre-pregnancy clothes before getting knocked up for a second time.

Also there would be no more pizza hangovers as ‘I’ve only got three slices left, no point saving them for tomorrow’ would be a thing of the past. I don’t recommend dropping food on the floor once you’re full though. Nobody picks up after you.

I absolutely love the innocence my son has. There’s no judgement of others and he happily smiles and waves at everyone we pass. Even those who look like they might be a secret serial killer.

It does surprise me at how many people fail to return the smile – seriously, even pre-baby me would smile if a little person giggled at me. That innocent genuine smile with no ulterior motive deserves to be returned. And doesn’t smiling use fewer muscles than frowning? I do have major resting bitch face so my expression swings between mardy cow and grinning loon but I do make an effort to smile at people if I catch their eye when out and about.

Have you noticed how it’s not necessary to spend money on expensive days out because little people get excited about the most mundane things? I guess when you can count the time you’ve been in the world in months then everything is an adventure, even a trip to the ‘free zoo’ (local pet shop). This zest for life and desire to try anything and run blindly into the unknown is something we tend to lose as we grow up and take on responsibilities. It’s not as easy to metaphorically stop and smell the roses when there are jobs to go to, homes to run and relationships to maintain.

But, you know what, if you’re not happy with a situation then do what you can to change it. Would your toddler settle for being bored? Hell no! The tiny tyrants aren’t shy in letting us know when they’ve had enough.

In 2009 my then boyfriend (now husband) and I quit our jobs and rented out the house to travel the world for 11 glorious months. Although there was uncertainty about where we might live or work when we returned everything turned out okay. Just like it usually does when the toddler tries out his latest kamikaze-style move off the sofa.

Perhaps we shouldn’t be in such a rush to grow up and instead try to keep hold of some of that toddler mentality.

Like this? Share it, and spread the MOLO love! You can read Leanne’s last brilliant blog I’m Back From Maternity Leave, and Pregnant Again and for the latest from The Motherload®, pop over to our homepage.