Five Truths about Holidays with Children

Surviving Your First Holiday Abroad With A Toddler
Taking Kids Around the World
The Motherload Guide to: The London Transport Museum 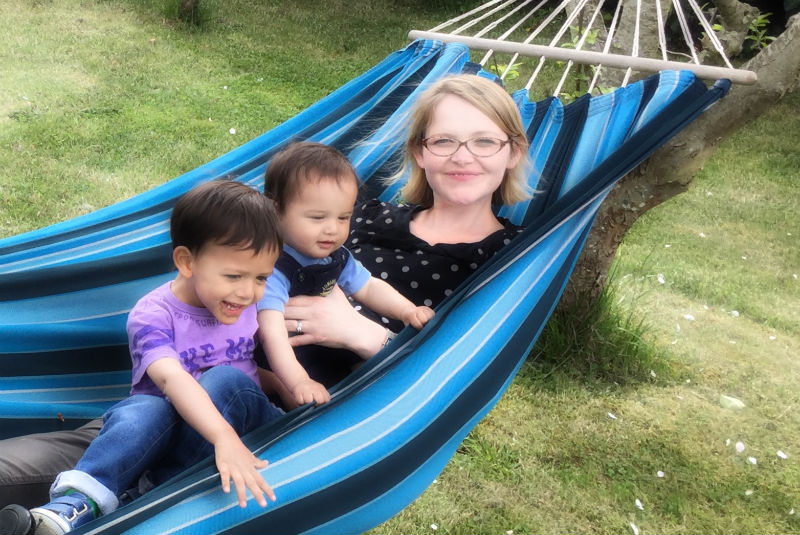 Holidays With Children – are they all they’re cracked up to be? Having children is fantastic, but let’s be honest, it’s not exactly relaxing… we are all pretty knackered most of the time. We NEED a holiday but is that what we get when taking holidays with children?

From weaning to dealing with toddler tantrums, doing the school run to coordinating ballet classes with football practice, it’s enough to leave even the most energetic amongst us in dire need of a break.

Ah yes, the family holiday: that Holy Grail to which we all look forward. The perfect opportunity to relax, unwind and recharge our batteries. Not to mention spending quality time together without the pressures of the daily grind. At least, that’s the idea. But, as we know, nothing is entirely straightforward when taking your holidays with children in tow… so here are a few home truths about holidaying with little ones…

You will pack everything but the kitchen sink

Packing for a holiday with small children is like preparing for an expedition to the South Pole. It is not for the faint-hearted.

I tend to spend the week before departure trying to psyche myself up to start putting stuff in suitcases, then chickening out and making endless lists instead to make myself feel better. Then, with about 12 hours to go until we need to leave, I start throwing things in suitcases in a panic.

Nothing is too ridiculous to bring. Yes, the kids really might need both a winter coat and a pair of trunks. And we had better take a few size options in case of sudden growth spurts. It is exhausting.

We even spent our most recent break in a specially baby-friendly gite in France and yet I took the equivalent of a branch of Mothercare with me. And I still had to buy the baby some emergency French clothes after getting caught in a horrendous storm.

Luckily for him, they are extremely stylish – which is good, as they were so eye-wateringly expensive, he’ll be wearing them until he’s about 10.

Despite the mountain of packing, you’ll completely neglect yourself

Once upon a time, in a life before children, my holiday wardrobe was a sight to behold.

At least one new outfit for every day and a minimum of five (FIVE!!!!!) pairs of shoes were crammed into the suitcase. I had a jewellery roll, a giant make-up bag and a special pouch for my hair straighteners. HA!

Packing for our holiday in France consisted of me and my husband running around at 11:30 the night before we left, randomly grabbing items from the washing pile, giving them a cursory sniff to check that they had in fact been in the machine recently, then jamming them into the tiny space left vacant after packing for our two boys.

Who cares what we look like, anyway? All the photos are of the kids anyway!

Getting to the point of departure is an achievement in itself

If you have managed to make it to the plane / boat / train with everyone vaguely in one piece and all your belongings intact then buy yourself a large drink, for it is no mean feat.

If there is one thing we parents know, it is to expect the unexpected. In the fortnight before we left for our last holiday, we dealt with two ear infections, a chest infection, conjunctivitis and three rounds of gastric flu between us.

At one point it definitely looked like we wouldn’t be going anywhere but somehow, by the power of Calpol and rehydration drinks, we made it. On the plus side, it made us appreciate the break even more.

You’ll do things you never thought of, and enjoy them

Trying new things on holiday used to mean water-skiing or paragliding (OK, not for me – I’m a wimp, but you get the idea).

Travelling with children means an entirely different set of adventures. It’s out with bungee jumping and exotic bar crawls and in with zoo trips and ice creams on the beach. And I genuinely love it.

You’ll feel truly relaxed, even if it’s just for a moment

They say a change is as good as a rest and, as rest is in pretty short supply for most parents, a change of scene can indeed be a really positive thing.

A toddler tantrum is a toddler tantrum, and it’s just as embarrassing when it’s happening in a chic bistro as it is in your local Sainsbury’s, but something about being on holiday makes everything that bit less stressful.

Sure, it might not all be picture perfect memories and 24/7 smiles, but if you’re really lucky, there’ll be a few to go round (and smugly post to Instagram).

After a really fraught few weeks at home, a holiday, especially a holiday with children, was just what I needed.

I watched my two-year-old having the time of his life riding on a miniature railway while his brother’s mind was blown by the deliciousness of his first pain au chocolat and thought: “This is what it’s really all about”.

It’s enough to make me want to book another holiday immediately. Well, just as soon as I’ve got over the trauma of doing the laundry from this one. Now, where’s that packing list….?