How to be an Anti-Racist Family 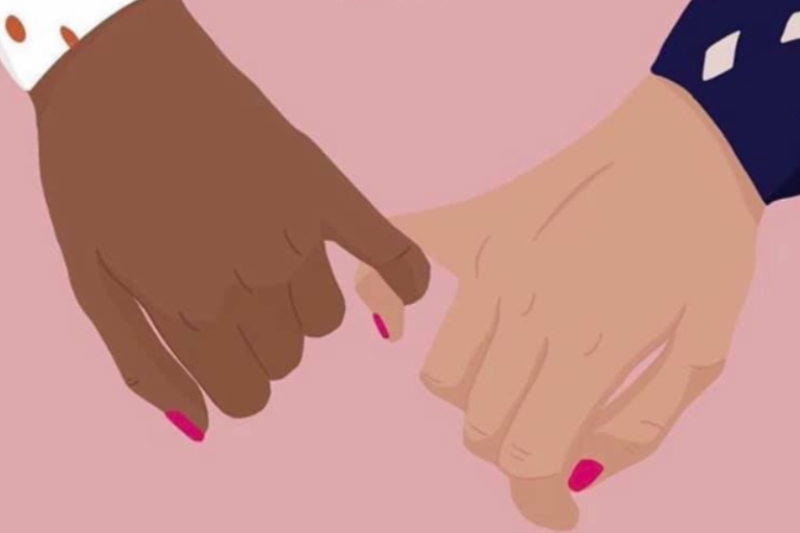 Racism is part of everyone’s history.  Racism is everyone’s business. Racism should not be our future.

Yet racism is clearly our present.  Whatever our background, we have a role to play to make a change for our children’s futures: we are called on to be “Anti-Racist” in an age that can no longer progress with well-meaning ‘colour-blind’ apathy.

The latest news bulletins force us to confront the realities of George Floyd’s last breath, Breonna Taylor’s last sleep, Sean Reed’s last drive and Ahmaud Arbery’s last jog: just some of the recent victims of the inherent racism fixed in our society, on both sides of the Atlantic.

This is deeply uncomfortable, but recognise this as a healthy reaction to utilise, to make a change.

As mothers, we already know that we have to do all we can to foster kindness, but do we know that “children notice race and the difference between themselves from the age of around three” (Educational Psychologist Dr Ikeogu of Mellownest)? The first time I realised this was when my eldest painted his self-portrait, age 3, exaggerating his East African/Asian heritage with a skin tone much darker than his own: a mark of pride, perhaps, but definitely a conscious observation of difference.

In my own childhood, it was at primary school when I remember being more aware of my otherness, deflecting labels like “Brownie” and the exasperating question: “where are you really from?” whilst simultaneously having to admire a friend’s suntanned skin.  Dr Ikeogu states that “research has shown that white children go on to show a preference for peers who are also white so it is really important to start this work early on,” to avoid this unconscious bias.

But how do we begin to challenge ourselves to confront these deeply ingrained prejudices?

1. Know your History and not just the European version.

Find out about how the British Empire expanded; understand the powerful symbolism of painted black devil faces in Medieval Theatre, inspiring “the blacker devil” of Shakespeare’s Othello (1603); Slavery; 19th Century European ‘Anthropological’ fascination with black bodies like the Khoikhoi women displayed in London and Paris exhibitions, including rape and experiments in the name of Science; or the pseudoscience of Biological Racism whereby empirical ‘evidence’ was gathered to justify White Supremacy (this objectification of Otherness continues); the bloody imperial resistance to movements of Independence (Partition of India 1945, the Kenyan MauMau Uprising); ethnic cleansing; first hand experiences of postwar immigrants; Segregation; Civil Rights Movement; Apartheid; 20th Century Race Riots; Tottenham Riots, the roots of #blacklivesmatter.

2. Listen/watch/read about the lived experiences of everyday racism to make you aware of White Privilege.

If you can travel without your bags being searched, or can run for a bus without worrying people think you’ve stolen something, or exit a shop without panicking where your receipt is, then you’re probably in a bubble of white privilege.

This is where the practices and customs of minority groups are taken by the dominant culture, often to make money or to gain popularity.  Research its history of oppression and marginalisation before dressing as an Indigenous American Indian, or Rastafarian, or Geisha.  If you’re a babywearer, learn about  #takebacktherebozo

4. Once you’re confident with the above, you’ll begin to read the world differently and educate your families appropriately.

At a Museum, you will see Egyptian artefacts and question what right the British have to still be “protectors” of these great relics.  You’ll see a world map with new eyes, noting the political bias of placing the UK in the middle, or the straight lines dissecting Africa’s internal borders.  Re-see those British statues celebrating the British Empire, with chastened Elephants and tamed Lions under the boots of marble military leaders.  Re-visit grand stately homes and question where the money came from.

5. To be Anti-Racist requires us to question our influences in the home.

Where is the diversity in your child’s reading, and from whose perspective is the historical sources in the school text books?  Aim for positive messages of identity, fairness and kindness, with illustrations that promote diversity.  Audit what you already have, dig out those free books the Health Visitor gave you and if you do invest, look for writers from the BAME community, books to inform about a variety of cultures with a new perspective to offer.

Notice the white dominance of your Duplo figures or dolls.  Toys play a major role by normalising diversity.

7. Look at what you’re watching on TV and be critical of what picture it gives of the world.

You can play it safe with relying on the excellent CBeebies/CBBC. But maybe now you’ll notice that in Netflix’s My Little Pony: Friendship is Magic, the only black unicorn is Princess Luna, linking blackness to uncontrollable violent outbursts and greed, a constant threat to the pure whiteness of Princess Celestia’s happy land.

8. Challenge your own reading and media habits.

Choose non-fiction and fiction that will broaden how you think about Identity, Race and Society; be prepared for discomfort. Watch films that draw attention to experiences of marginalisation and prejudice.  Go find the brilliant threads in The Motherload® Book Club for great recommendations.

9. Stop pretending that you’re too nice to “see colour”.

Because that’s what polite people said to do in an age when mixed race partnerships were still taboo.    Once you’re honest with this, you can have meaningful open discussions and ensure the right message is set.  I understand the good intentions of claiming not to see skin colour, but if you don’t acknowledge difference, then you deny the existence of racism and the much-needed conversations about diversity and acceptance gets swallowed up by ignorance and fear.

10. Be sensitive to how you talk about colour with young children.

I was enraged at one baby class when every colour was assigned a positive image in a song, but brown was linked to a dirty frown, with accompanying sad faces and yucky sounds.  Why not the colour of trees, cocoa beans, chocolate, coffee, tea, the earth?  Nobody else seemed to mind, singing and cooing at their little babies, but as the only brown-skinned family in the room, I stopped singing.  I’d never usually admit to this, for fear of being accused of being over-sensitive.  But when you live with everyday racism, having been called the colour of poo, this kind of colour symbolism matters more than some would ever guess.

My own experiences of racism inspired me to study History and Literature through a non-white lens, but even with this privileged insight and education, I need to do better: to call out someone who was joking about the brown-hand emoji, demanding greater diversity in the A-Level Literature syllabus and interrogating my own privilege as ‘white-passing’ in more culturally diverse areas – something I’ve only just learnt to recognise.

This call for Anti-Racist action is life-changing.

What changes or challenges will you make to ensure that your family are Anti-Racist?