I’m Not Your Valentine 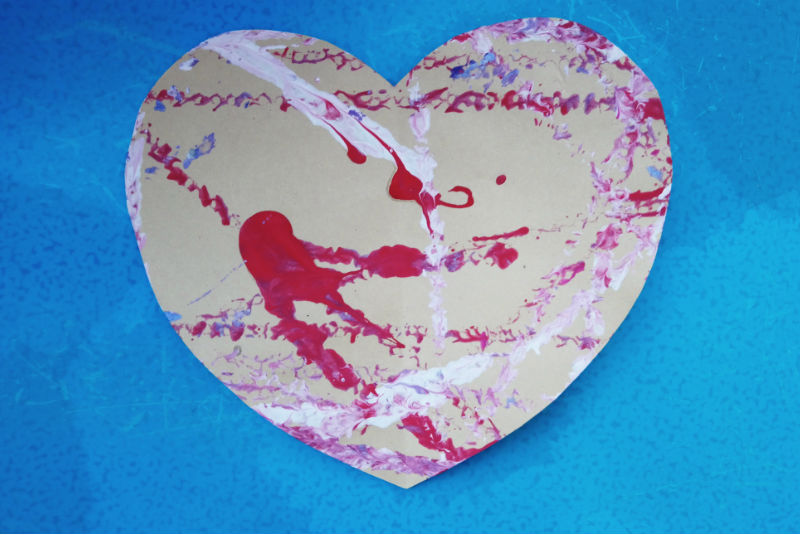 On Valentine’s Day most of us will exchange soppy cards with our loved ones and tuck in to a meal over a few glasses of something sparkly in the tradition of Romance. There’s nothing more potent than cherishing and celebrating love and now that we’re all grown up (well, sort of) we know that Valentine’s Day is just a bit of commercial fun, isn’t it?

Okay, okay, I’m stating the obvious. I don’t intend to break any glass ceilings with that observation. Valentine’s Day is deeply sexist and serves to reinforce patriarchal norms, but it’s the sheer fact that it’s so socially acceptable that’s maddening. Nip in to any card shop, look at any billboard, watch any TV advert: it’s all reds, pinks and florals, those stereotypical colours associated with girlish femininity and coupled with saccharine sentiments about men lavishing women with flowers and chocolates. Yep, luxury is permitted for feminists, too and this woman knows that feminism isn’t all about passing up on the good stuff. I adore R&B but not its anti-woman rhetoric and I’ve brandished a pro-choice picket board like the best of them and undertaken studies on the sexist language of adolescence but a hand-picked bouquet and good forearms on the right man moves me absurdly. Feminists are not 2D cut outs because we’ve got fat, beating hearts.

Yet, despite the progress of feminism Valentine’s Day rigorously enforces that women want to be courted: that consumerism can buy her love and ‘win’ her heart with gifts even if that heart’s really not all that keen. It’s staid, it’s offensive and it glosses over the one thing that all women ultimately bear bloody war-wounds for: the right to choose male attention.

Sending gifts and cards anonymously is one of the primary behaviours of a stalker but Valentine’s Day consumerism not only cashes in on it but also legitimises unknown admirers. An inky question mark instead of a real name on a card sent to a woman or teenage girl’s actual home address is perceived to be routine wooing behaviour. Whilst females send anonymous cards to men, too, it doesn’t seem to hold the same significance in light of current social events.

For parents of adolescents, issues of consent and reciprocal love are the basis for forming healthy, safe relationships and most parents would advise teens that if a crush is one-way to back off. Most of us have received an anonymous card only to discover it was the acne-covered berk from school and felt physically sick about it. So how can we say to our teens ‘sign your name and own your affections because anonymous admiration can be sinister’ if Asda are selling Guess Who cards with invisible ink?

On a more serious note, anonymous anything smacks of stalking. Both men and women are stalked but widespread statistics show that four out of every five stalking victims are women. Unwanted gifts and cards rank high on the list of harassment behaviour and Valentine’s Day can be just another excuse for uninvited attention.

Since the inauguration of Trump and his woman-hating doctrines, the #metoo campaign has emerged in which thousands (?) of women outed male perpetrators of sexual abuse in the workplace. Respecting women’s boundaries has never been more crucial and I can’t help thinking Valentine’s Day promotes behaviour that reeks of misogyny.

When was the last time you saw a Valentine’s card that represents LGBT relationships in your local supermarket? Precisely. The majority of couples on the front of cards are of a cutesy hand-holding male and female. Then there’s those photo satires of tweed-adorned men and women (usually arguing) who are predominantly of white ethnicity. It is profoundly significant that these are the narratives of ‘love’ marketed in plain sight of children, narratives that undermine entire family units and contribute nothing realistic to emerging senses of identity.

Of course, we know that real love is your partner doing the school run when you’ve got the shits. Or permitting you that Sunday morning lie-in after doing a week of waking nights with two feverish kids, but it’s important to dissect the messages that society saturates us with (if only to kick the pink ball out of the park when talking to our children.)

Whatever you do on the 14th, enjoy getting amorous and when you buy your chilled Prosecco perhaps you could pass on the clichéd pink bubbles out of solidarity with your sisters. You could even wear an ‘I’m Not Your Valentine’ badge at the fancy restaurant or more daring still, boycott buying a garish sexist card for a good old fashioned letter, signed yours truly.*

*I mean write your actual name on the card not ‘yours truly.’ Oh, forget it…

Love this? You can read Rachael’s fabulous blog Femsplaining: Dating for Blokes or for the latest from The Motherload®, head over to our homepage

Rachael Smart is a writer. She also wings it as a mother of two gorgeous boys and is frequently found writing about the mystical world of child-rearing where grown-ups frequently lose their shit (but manage to hide the brown stains remarkably well.) You can follow her on Twitter