Isn’t it time we tried a little kindness?

What are the Main Principles of Heuristic Play?
5 Things You’ll Only Understand If You Do the School Run
The Motherload Book Club: Take It Back 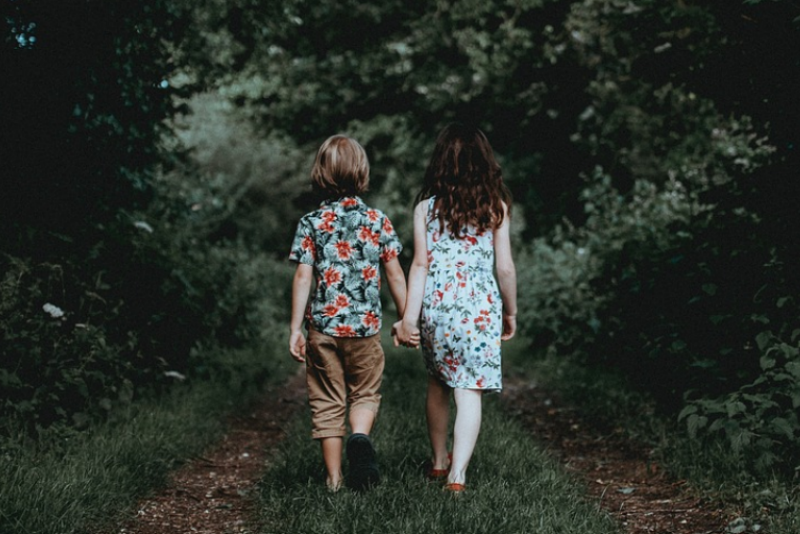 As she skipped up the gully after a busy day at school, she paused to play with your son. After a few moments of laughter, she carried on, hopping on one foot after the other waiting for me so we could start our walk home.

I quicken my pace to try and get past you, so it turns out I was right behind you both when he said it:

“That girl is really weird.”

He said it again, pulling on your arm: he was trying to get your attention. Then he pointed.

My heart in my throat, and a bubble of rage building in my stomach, I waited.

I waited for you to challenge him.

To question what he meant.

I wanted you to remind him to be kind.

Your silence rang out.

Your reticence was complicit with the judgement and the apparent mocking from your little boy.

I wonder to myself. Maybe you didn’t hear him?

But then I see your head turn, it seems you heard him loud and clear. You choose to let it pass, no comment. That word hanging in the air.

I hope you knew that it wasn’t nice, and that you didn’t agree, but who knows?

Maybe, like me, you didn’t want to want to make a scene. It’s easier just to brush it under the carpet.

Let’s be honest. How many times do we do this? Let these words and observations from our children hang in the air, rather than have an uncomfortable conversation in the moment? A conversation that could challenge, educate and inspire inclusivity and understanding.

But what are we telling our kids by this behaviour?

That it’s OK to point and laugh? To judge?

That the kids who behave in a way that isn’t mainstream, that they are “fair game” to be called names? That the world should live by a narrow standard of what is seen to be acceptable behaviour? That neuro-diversity doesn’t exist?

What if, instead of just silence, we asked our children what they mean?

Maybe they say “weird” but they mean excitable, unique, creative, or fantastic? The hurt that the words cause is actually an unintended side effect of innocence and lack of vocabulary?

Why not use these times as a chance to explain how some words can hurt and some can encourage? That the whole world is made up of people whose brains work differently; it makes them see the world in a whole new way.

That they notice things you don’t. Play in ways you can’t. Express themselves loudly and passionately.

What if we helped children learn that the way they play, talk and share their passions with the world are unique and acceptable? That is there are no one-size-fits all approach to how we live our life.

Because one day, it may be YOUR little one being called weird.

I hope that we stop the silence and talk, because these children grow up. And if we can’t show the way to be inclusive, open and kind, what chance have they got?

Different doesn’t need to be a taboo word.

If this has made you think, maybe it’s time to change how you behave.