Losing it in Lockdown 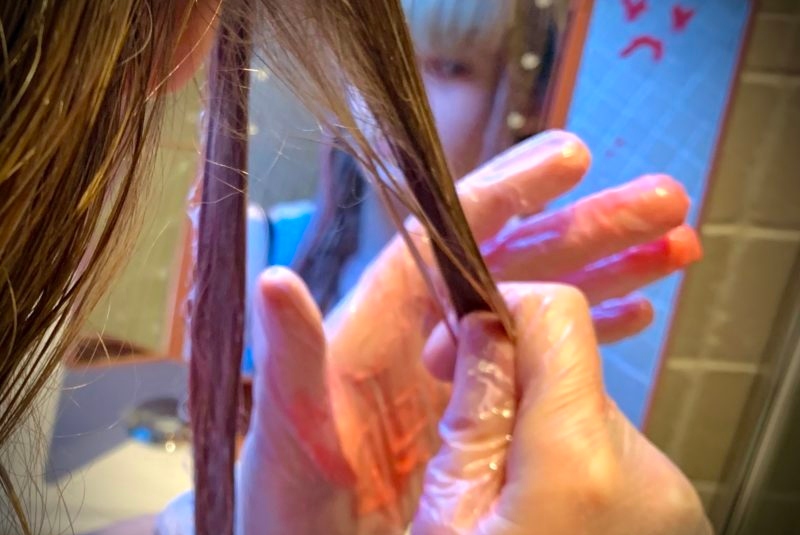 We are now four weeks into lockdown and tensions are running high. My shredded sanity is entirely my own fault and I know that because I have been told, repeatedly.

I’m in lockdown with my husband and our 2 girls. One of daughter is 11 and missing the last term of Year 7. The other is almost 16 and should be knee deep in textbooks, quivering in anticipation of impending GCSEs. Instead, her greatest concern seems to be whether Reading Festival will be cancelled.

My husband and I both work from home, but whilst he has a garden office and can escape for the 12 hour days he usually puts in (yes, I now see that as escapism), I work in the house and I can’t remember the last time I finished typing a sentence without interru… (do you see what I did there?)

Some of the issues which have arisen during lockdown with my girls:

Cleaning. I’m not talking about the inevitable arguments about who does which chores. It’s the fact that I can’t actually clean the toilets because the kids have used up 3 bottles of bleach in failed attempts to tie dye perfectly good clothes. They then put the empty bottles back. That might be the most irritating part.

Sleeping. They don’t. It’s like having newborns again, coming alive at around 10pm and wanting to cluster-feed. When they can finally be persuaded to go to bed, I can’t get them out again without the aid of a crowbar.

Eating. If left to their own devices they re-enter the world of the living at 11am, at which time they have breakfast. An hour and a half later they have lunch. That’s two meals in ninety minutes. Don’t get me started on the subsequent snacking…

Tik Tok Dances. It seems to be impossible to hold a simple conversation without someone bursting into a rap which is accompanied by popping, flapping and sliding moves in sequences more suited to a Vegas stage than my kitchen. ‘Throwing it back’ is a favourite. Google it, but don’t try it unless you have absolute confidence in your hip flexors.

Hair Dyeing Initially I was on board with this. When will there ever be a better time for a teen to dye their hair pink? If it was only the hair, I’d still be fine, but it’s not, it’s the entire bathroom. The dye is up the walls, in the grouting, along the cistern and even on the loo brush. ‘I’ll clear it up,’ she said. Guess what?

The Mess. I have nicknamed my youngest The Snail because she leaves a trail wherever she goes. She discards socks, paper, crumbs and wrappers with such random disregard that it wouldn’t take a detective to work out exactly which routes she’d taken through the house on any given day.

Makeup. Like many kids this age, the makeup game is high. ‘Can I do a look?’ means an hour or more in front of the mirror, following a makeup tutorial by somebody on YouTube who probably earns more than a front-line medic. Twelve wet flannels and two days later, the tween will still resemble a panda.

The Baking. The experimental stage was grim. Turns out substituting ingredients you happen to have in the cupboard doesn’t work. Who knew? Using all the sugar in the house to make a ‘sort-of-honeycomb’ was not one of their triumphs. We’re now on a solid bi-weekly Victoria sponge strategy, which would be more than tolerable if they didn’t leave the fridge door, surfaces and taps sticky with cake mix Every. Single. Time.

Facetime. Who’d have thought that being on lockdown with your own children could mean so many other children’s voices would be heard in your house at all hours of the day? Not me, that’s for sure.

I haven’t even begun to address the conflict over screen time, exercise, healthy eating, chore distribution, and why would I? As I said at the beginning, any dispute is entirely my fault. The kids tell me that if I leave them to their own devices, then everyone would be happy and all my stress would disappear. Perhaps that’s the answer, I should forget all attempts at parenting and householding for as long as this madness is upon us.

I’m warming to the idea. I wonder if they’ll feel quite so delighted about their newfound freedom when I leave them to wash their own clothes, make their own dinner, buy their own food…

What do you think, MOLOs, should I give it a go?