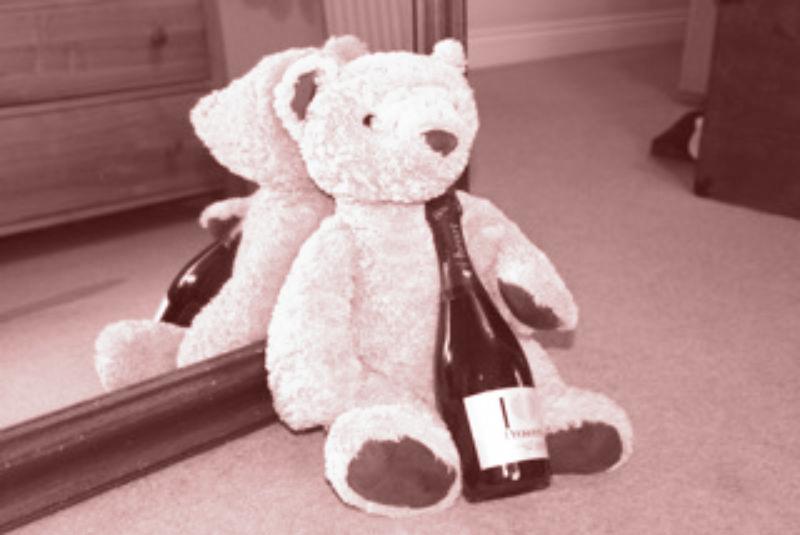 A recent discussion on The Motherload® alerted me to something I had very little knowledge of…the curse of the class bear.

As a year 1 teacher, I would pack the class bear off with a chosen child as a reward. The child would be thrilled to have Barney bear for the weekend and the parents would take receipt of the bear with a huge smile on their faces, looking full of pride.

Rather naively, I thought the parents enjoyed the experience as much as their children…

Underneath their fixed smile was a rising panic and a million questions such as; Why me? Where can I take it? What if we lose it? Where’s the wine?

This innocent activity, which was introduced as an educational tool, has become a minefield of dilemmas and bear etiquette. Apparently, parents scour the pages of the bear diary in order to check how much they have to do with the bear.

One mother told me about her Bear hell: “It was a Friday, I remember it was frosty that day,” She shudders as she recalls the moment they found out they would have the bear.

“As my daughter came to the door I saw something furry in her arms, when I realised it was Geoffrey bear I went cold. You see we had no plans that weekend, the house was a mess and I was hoping to spend the weekend tidying. Now with Geoffrey in the house everything had to be spotless, I couldn’t have a messy house in the photos!’

Another Father said that taking the bear anywhere was a nightmare, “Think how stressful it is to take a toddler and a five year old to the Science Museum in Central London. Now imagine that five year old is holding the most precious bear in the world. If you lose that bear there would be a meltdown of epic proportions from both parent and child.”

So parents up and down the country look forward to bidding farewell to the bear. As the weekend draws to a close, their children are tucked up in bed, they have taken the photos, they have kept the bear safe and all is well.

Finally, the printer is turned on ready to print out those precious photos… a message flashes on the printer screen. Error: Printing stopped …new ink cartridge required!

Cue parents pouring a large glass of wine…to sob into.

Got a class bear story? This is your safe space, feel free to vent…

Helen is a trained journalist and early years teacher, she is also Mum to awesome toddler Benji. Helen loves dancing around and singing in the lounge with her little man…living the dream!