Second-Hand School Uniform: Would You Buy It For Your Child? 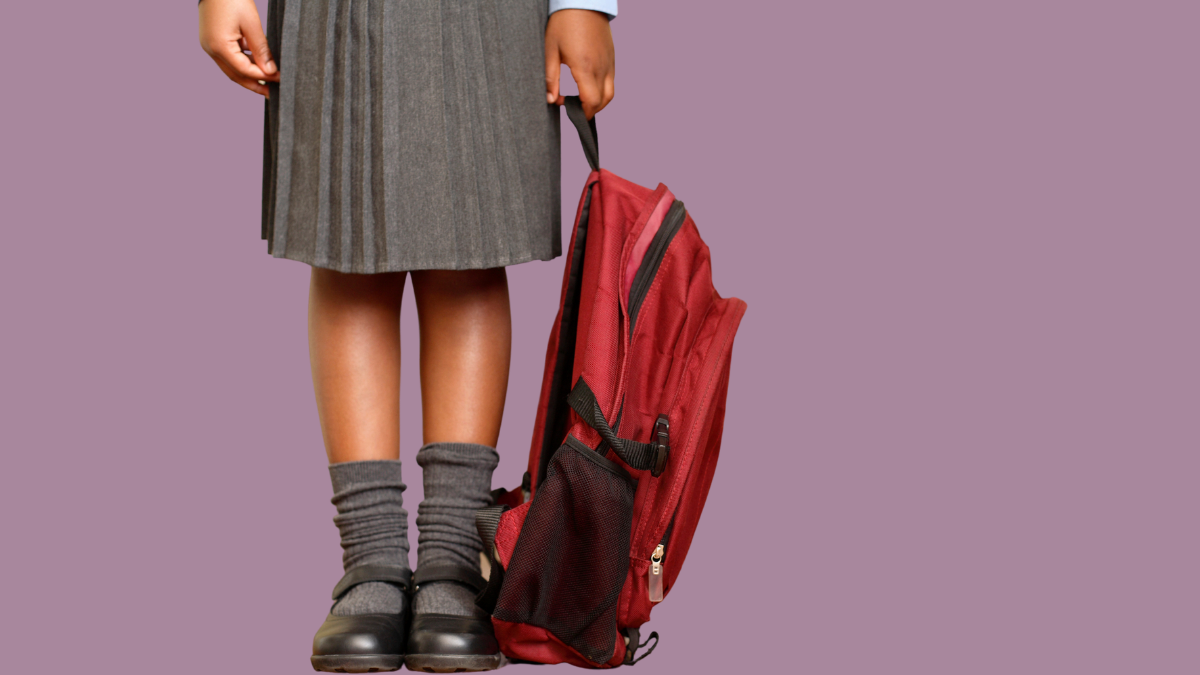 Polo shirts, sweatshirts or cardigans, trousers or skirts, socks, PE kit, book bag; that’s the basic list to buy when your child is starting primary school. It’s a big milestone taking that proud photo on the doorstep and waving goodbye at the gates, so it’s understandable that you want your son or daughter to look super-smart on their first day.

But does everything need to be brand new, or would second-hand school uniform do the job just as well?

One or two sets won’t be enough to get you through the week. Kids get mucky when they have been painting in the classroom, playing football in the playground or slurping spaghetti at lunchtime. Jumpers tend to go walkabout; it’s a rite of passage for any parent to rummage through the musty lost property box or send out a hopeful message to the class WhatsApp group. The odd once-white shirt you may not miss, but it feels like they always insist instead on losing those expensive bits of uniform with a logo that have to be ordered from a supplier.

You might have also noticed that your children have an annoying habit of growing, with no regard for the fact their clothes won’t fit anymore and need replacing. And as they get older, the kit-list often grows too, with much more cash to cough up when it comes to buying uniform for secondary school.

In a recent survey of parents conducted by MyNametags, almost half said they would turn their nose up at second-hand school uniform because they don’t like the thought of their children wearing previously owned clothes. Their findings made interesting reading:

We Asked The Motherload® Community For Their Thoughts

Buying second-hand toys and clothes is always a popular talking point amongst on The Motherload® Community, but what about when it comes to kitting kids out for school?

Emma was proactive at her kids’ school: “I started the second-hand school uniform sale. I couldn’t believe there wasn’t one already. The school said the area was too affluent and there was no demand. They were wrong. Everyone buys it, from yummy mummies who just want to replace the one jumper their child lost to the mums who are struggling and buy a whole year’s worth with so much gratitude.”

Marney agreed it’s a popular way to raise funds for the school: “Everyone donates outgrown stuff and it’s sold on to make money for the PTA.”

If you’re looking for nearly-new uniform, you may get lucky with hand-me-downs from friends or online selling pages, like Kylie did: “I got my son’s whole uniform and book bag for free. I just posted on a local community Facebook group and was inundated with offers.”

For many of our members, the impact on the environment is at the forefront of their minds when choosing not to buy new. Ria commented: “It saddens me there aren’t better systems in place to pass on and share these resources. It’s so bad for the planet. The wrong people make profit and too much goes in landfill.”

School uniform is often made from polyester which doesn’t sit well with Parisa: “Someone once told me that every new piece of synthetic clothing I bought new was another piece of plastic I was adding to my kids’s world which would still be around after even their grandchildren had passed and I can’t get that consequence out of my head.”

Although some of us are more than happy to buy pre-loved, that doesn’t always extend to school uniform. Kathryn explained: “Out of curiosity I worked out that my daughter got over 200 hours of wear out of each of her polo shirts and over 400 hours out of each pair of trousers. By comparison she’s had many a party dress that she’ll be lucky to have worn for 20 hours before she grew out of it. Those are the clothes that we make a point of buying second-hand and passing on.”

Some parents simply like to buy brand new uniform for their children. Lois said: “I wouldn’t buy second-hand school uniform, it’s so cheap to buy anyway but I do donate to charity shops if in decent condition.”

Kelly has another way of paying it forward: “I always buy new, not for snobbiness but because I feel like in my own way I am helping down the line. I am fortunate enough to be able to afford new clothes for my son, I don’t struggle to sleep worrying about clothing him next month, but I know people who do. I am friends with people who do. When he has outgrown uniform, I give a little TLC (de-bobble jumpers, remove name labels etc) then hand them on for free to another family within our school. I have fully clothed a child starting school, with no financial outlay from his mum beyond new school shoes.”

What about when hand-me-downs are looking past their best? Sarah said: “My children’s school complains when uniform isn’t pristine, especially if tops aren’t bright white so we often have to buy new.”

Stacey Marie suggested: “Schools need to be more flexible about a bit of wear and tear. I honestly think that moving away from white shirts would help. I’ve seen schools where they use brighter or darker colours and by the end of the year they have stood up to the challenge of life far better. This would require an adjustment as white works because every supermarket and clothes store can stock a bog-standard white.”

Perhaps the solution is to go one step further and abolish school uniform altogether. Not everyone would be in favour but Lottie shared her memories: “I went to a high school with no uniform and somehow the world didn’t come to an end. No-one really gave a crap what you wore, if it was a label or the latest trend or it was full of holes. I don’t really get why there is such a need for uniform. It costs parents hundreds of pounds and causes way more stress than any item of clothing should.”

If you loved this, you’ll love these: