The Truth About: Buying Second-hand

Second-Hand School Uniform: Would You Buy It For Your Child?
Five Reasons to Love Hand-me-downs
Second Hand Kids 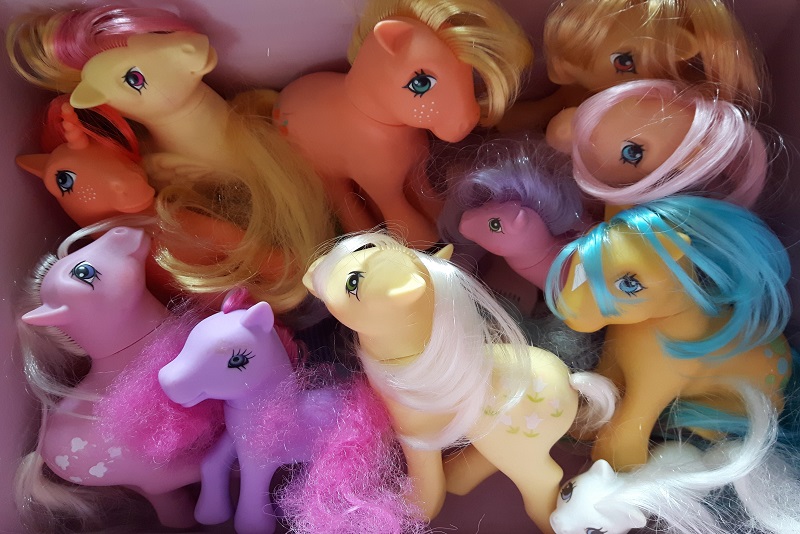 It’s time to come clean about a dirty secret, a guilty pleasure, a cheap thrill. I love doing it. My husband is really good at it. My mother has earned quite a reputation for it. We all get a buzz out of buying second-hand, for ourselves, for the house but in particular for the kids.

From a buggy, a balance bike and a dolls house to pinafores and pairs of wellies; the majority of my daughters’ belongings have had another home before finding their way into ours via charity shops and nearly new sales or websites like eBay and Gumtree. I am lucky because we probably could afford to buy everything full price and brand new but we still choose not to. You might be kind and say that makes us frugal or thrifty but maybe it just means we’re cheapskates.

There is just something so satisfying about bagging a bargain. I have been known to squeal with joy and jump up and down like Peppa Pig in a puddle after snaffling a top find for a low price. Some stuff is in tip-top condition with hardly a hint it had a previous life; other items may need a bit of TLC but by restoring you’re also recycling and if you’re really creative and can be bothered, you can get into upcycling.

I don’t know why it’s still not really the done thing to say out loud that your children are clothed in second-hand kit or riding a scooter that Santa brought someone else a few years back. You might own up to close friends who won’t judge but often we prefer to gloss over the details and save face by allowing others to think we have spent more money.

I have on more than one occasion accepted a compliment and felt momentarily smug while swallowing hard to avoid blurting out the truth. When the well-dressed mum in the playground sees me bending down to zip up a bold daisy print jacket and says something like, “You can’t beat Boden, can you?” I simply nod and smile. I should defiantly declare that I only paid a fraction because it has another child’s name written in permanent marker on the label inside.

From clothes to toys

My Mum is to blame (or to thank) for the girls’ wardrobes being full to bursting with more clothes than they could ever wear. She just can’t walk past a charity shop without a quick peek and to be fair she has high standards so won’t buy any old rubbish and always washes and irons everything.

If it was your fourth birthday, would you rather be given one solitary My Little Pony cable-tied into a plastic box or fourteen of them in different colours with all the accessories ready to play with? Gaga, as we call her, bought a collection that someone had clearly adored but grown out of then she gave all the ponies a bath with shampoo and conditioner followed by a brush and blow-dry. A labour of love for her granddaughter which in my book is worth far more than a trip to Toys R Us. Maybe we should all start to feel proud to buy pre-loved and not embarrassed by it.

It really saddened me to read this post in The Motherload®’s Facebook group recently: “Being a single mum is hard, especially financially. Today a ‘friend’ implied I’m being a bad mum for buying my LB a preloved jumperoo. It’s in great condition and it’s nice and clean but apparently she would never get her LB anything second hand….”

I was horrified and hoped there would be a flurry of positive replies; as ever I was not disappointed. Not just a handful but hundreds of MOLOs stepped up to offer support and share stories to reassure the solo mama that she had done the right thing for her little boy. I was happy to witness that massive group hug but also to learn that so many of us regularly buy second-hand and recognise that doesn’t make us second-rate parents.

So if you ever find yourself in that position when a so-called friend knocks your confidence by questioning why you have bought your child something that isn’t new, remember these common sense comments from the Motherload to wipe the snobby smirk of their face…

1. “There’s nothing wrong with hand-me-downs. If you have a second child, you don’t bin all their big brother or sister’s clothes and start again.”

2. “Babies use things for such a short time. As long as it’s in good condition and safe to use, why waste money on brand new? They won’t know the difference.”

3. “You can get some really cool vintage stuff and retro toys that take you back to your own childhood.”

4. “We live in a throwaway society yet many things have plenty of life in them and should be reused. You’re caring for your baby and the environment.”

5. “Living within your means doesn’t mean your baby going without. You’re setting a good example which is far better than buying on a credit card and getting into debt.”

6. “We would much rather save the money for their future or to pay for family holidays.”

7. “If your child needed an organ replaced, would you still object to second-hand?”

8. “I worked as a nanny for family who had a private jet but the mum still bought clothes second-hand despite being so well-off. The children are now in their twenties and so level-headed.”

9. “When I had my baby shower, I said on the invitation not to bring a present unless it was something second-hand. All the gifts we received came with a story, like the toy my friend’s youngest loved to play with when learning to crawl and the good luck red boots that my nephew wore home from hospital.

10. “Never let anyone make you doubt your ability to parent. Children need love and stability and that is what you are giving your little one.”

Sound advice and words of wisdom from the MOLOs who have been there, done that and bought the second-hand T-shirt.

The good news is, the sensible single mum posted again to say: “I actually doubted my parenting for a second but as soon as I heard my little boy laugh in his jumperoo, it’s all gone.”

If you love Jill’s blog, you can read her last one here