Releasing Your Kids Into The Wild 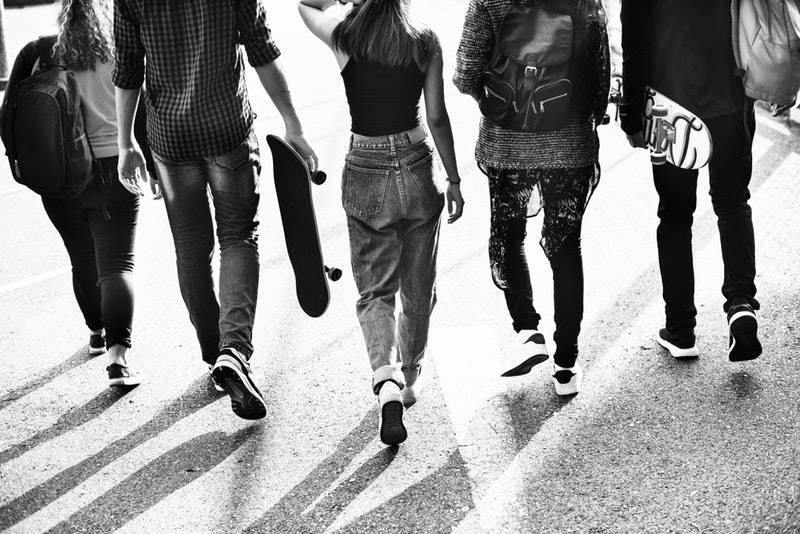 My twin boys are 12 years old and keen for more independence. They want to go out into the world unaccompanied which I totally understand. I know many children of their age already do, travelling to and from school by themselves for example. For various reasons because of the way we have organised ourselves they are driven to school and picked up each day in the car. When I was their age my Dad dropped me to school in the morning on his way to work and I took the bus home. I used to go to a beach close to where we lived and play with my friends, cycle for miles along the coast, go to local parks. Were things different then?

I went back to work when they were 10 months old and my husband works full-time so we have always left them with someone – a nanny before they started school and then an pair once the school started. And by and large this has always worked well. So it’s not that I have always been by their side. When I went back to work after being on maternity leave I mentioned to my manager, a mum of older children, that I found it hard to leave them with someone else. They were so little. I remember she said it was actually easier when they are very little. As they get older things become more challenging for working mums in some ways.

Unexpectedly I am finding this quest for independence the hardest phase of all. I see stories of random violent incidents, young boys getting mugged for their phones and worse. I worry someone might want to steal them, ask for help and then whisk them away. I worry it would be too easy to take advantage of them. Of course they learn about stranger danger at school but would they be savvy enough to take care of themselves in a dangerous situation I wonder. The fact that they are twins and usually together is somewhat reassuring, but still.

I decided a good first step would be to let them walk to the corner shop by themselves. Before they went I asked them what they would do if there was some sort of incident at the shop – someone stealing something, or some type of altercation. Well? “We’d help of course. We’d do karate!”. Oh no. I told them that if there were any problems they should not get involved, stay together and come straight home. They went to the shop. Nothing happened of course.

They have been to the corner shop along a few times since – it’s actually quite handy to be able to send them off to buy bits and bobs you need. And they went to Sainsbury’s by themselves and survived.

I know I am being silly and I know they will probably be fine. It’s just the “what ifs” sometimes get the better of me. I want them to have their independence and I know it’s inevitable.

I just find it hard to let them go.

Catherine is married with twin boys. She is a regulatory strategy consultant and also runs coaching programs for women. She's on two Boards. She loves riding her horse.