The Social Life: Dad versus Mum 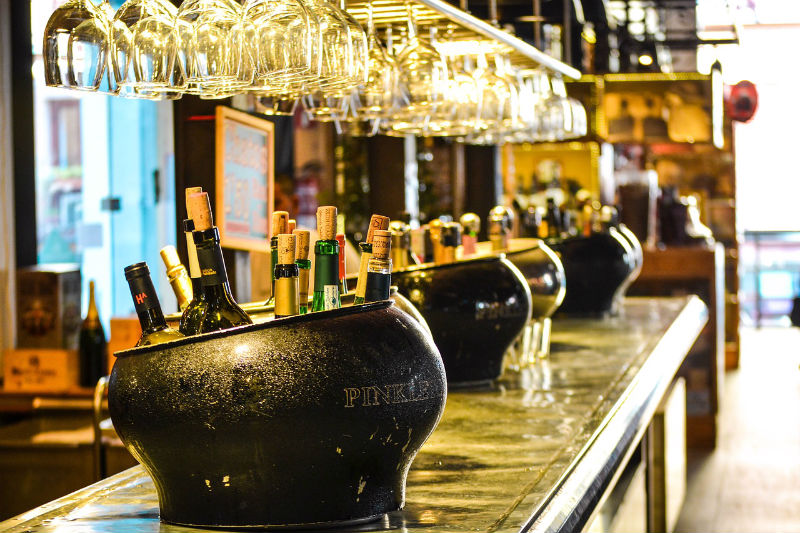 Just in case you’ve forgotten, a social life is when you go out. With friends, or even your other half. At night! You might head to a pub or restaurant – or even something called a ‘nightclub’. And then you drink, eat and dance your merry socks off until stupid o’clock and spend the next day feeling rotten. But the chances are, if you’re a mum it’s a long, long time since you did any of that. Because when it comes to social lives, all things are not equal between dads and mums.

The Social Life: Dad vs Mum

1. Is rocked to its foundations by the two week hiatus towards the end of pregnancy when he needs to be sober enough to drive to the hospital and accompany his life partner through the throes of childbirth in whichever shape or form it comes.
2. Is slow to return even once baby and his heroine goddess arrive home from hospital. Like, two weeks of batting away texts which read ‘Hey congrats golden balls when can we wet the baby’s head?’ and a further one week of texts which read ‘Come on man, she can’t keep you locked up forever.’
3. Then it’s business as usual, forever. Nights out whenever Dad likes, cheeky beers after work, dribbly kebabs after several for the road. And not a care in the world for Dad because his most precious thing is at home being looked after by his increasingly irritable heroine goddess.
4. Except for when baby is ill. Or mummy is losing grip on her fucking sanity. Then Dad will receive (ignore) text messages at the pub which display increasing levels of desperation. ‘Baby not right, please head back ASAP’. ‘Are you on your way?’ ‘Can you at least let me know you got my message?’ ‘Why aren’t you picking up your damn phone? The baby has vomited everywhere, I’ve got sick down my tits, it’s all in the carpet, COME HOME NOW!’ And finally, ‘Where the FUCK are you? I need to send divorce papers.’
5. Unfortunately for Dad, after that poor show, when he eventually does get home, the only way he can get any credit is to give up his lie-in and take on The Early Shift while Heroine Goddess simmers resentfully in bed. To find out what happens then, click here
Mum’s Social Life
1. Is pretty much fucked from the moment conception occurs. The zygote might as well be wearing a t-shirt saying ‘Ha! Sucker! No wine for 9 months’. Of course it doesn’t, no one could sew a t-shirt that small. But that zygote has other ways of getting its message across, including weapon numero uno: nausea and sickness. Weapon numero duo: the blue line. The blue line which says ‘no more booze shalt pass thou lips and thou shalt feel like thou has not slept in a thousand years. In short, thou social life is totally fucked.’
2. Is slow to return even once the baby arrives. Like, a whole year without a night out and just the odd swig of wine on the sofa whilst wearing jim-jams before the love and light of your life wails that siren cry ‘boobs to the ready, put the wine glass down NOW and sate me.’
3. Even after that first year, the mum’s social life is pretty sluggish. Okay, non-existent. Because if you thought you were tired when you were pregnant, try being a mum. When you were up the duff, you spent eight hours a night tossing and turning and worrying you weren’t spending enough time on your left side. When you’re a mum, you’re lucky if you get four hours horizontal. And awake. So even when the opportunity of a night out rears its biannual head, you text your friend back ‘So sorry, little Beelzebub/Griselda is teething and I couldn’t possibly leave them for two hours of unadulterated fun. Maybe next year.’
4. Eventually, mum brainwashes herself into believing pubs don’t exist, restaurants only have play areas and high chairs, and nightclubs are just made up so the people in gossip columns have somewhere to go. I mean, come on, what kind of a word is ‘Boujis’? Not exactly Ritzy is it?
5. When baby is two and a half, mum does eventually, reluctantly go out. No more excuses. And who knows ‘baby’ (okay, toddler) might even sleep until 10.30pm, so there’s a really good chance for mum to let rip. She gets on her skinny (maternity) jeans, packs the bingo wings into a dark top and trips out the door as light as a feather, swinging her hips at the bus stop, then the giddiness takes over at the pub. Three wines and she’s got her phone out, looking at photos of the kid, a lump in her throat. A quick puke in the grit bin on the way home before sailing in through the front door to the sound of a wailing baby (toddler) and the only way to get out of being late, and leathered, is to give up the lie-in.