Gender Neutral Parenting: Are you Team Blue, Pink or Yellow?

The Motherload Book Club: Take It Back
November Readalong: The Doll Factory
I Am A Feminist, Raising A Boy… and I Am Scared 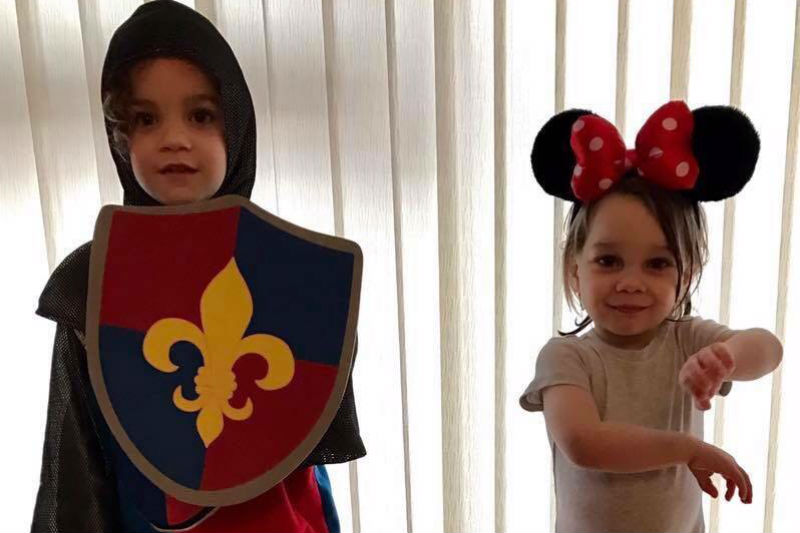 When I was a little girl, I wanted nothing more than to be a Disney princess when I grew up, but I also wanted to be an astronaut. I enjoyed reading books, like my favourite Disney princess Belle and I also partook in activities that involved melting the faces off of my Barbies, like the little sadist I grew up not to be. My parents didn’t limit me to girls-only stuff, I was free to do what I liked within reason, and since both of my boys were born, I realised that I also didn’t want them to be limited by what was or wasn’t between their legs, because let’s face it if that’s the determining factor then it probably isn’t a suitable toy for children. So I’ve opted for the gender neutral approach.

So what’s it all about? I recently posted in the Motherload Facebook group about my disappointment that my sons had chosen gender-specific presents for their friends’ birthday parties they were going to. A few MOLOs pointed out to me that I probably wasn’t giving them enough credit and to recognise that while they may enjoy living in a gender neutral home, they’re probably aware that their friends may live in gender-specific homes with preferences to reflect this. A few other MOLOs seemed to feel that gender neutral meant I was denying my boys anything that could be considered ‘gender specific’ at all, or even that I am forcing something onto them which isn’t natural, as boys and girls are wired differently.

For me, gender neutral is about making sure they have a variety of toys and activities at their disposal without a gender specific label attached to it. This means that one day my oldest son is Spider-Man having a tea party with a baby, a toy dinosaur and a Lego block, while my youngest son is a fairy princess fighting imaginary dragons with a sword in one hand and a Disney princess wand in the other. Nothing is off limits, they will never be told to stop because that’s for girls. Nor am I steering them away from ‘boys’ toys’ and trying to force them into any other sort of label to suit my own personal agenda. I just feel that if I want my boys to grow up with a healthy respect for women and girls, they shouldn’t be made to feel that there is something wrong with all things pink and girly. I know I would be doing the same if I had girls.

It also relates to the way we speak to them. I would never tell my boys to stop crying because they’re boys and they need to ‘man up’. I will tell them they need to stop crying because it’s bloody annoying, there’s nothing wrong with them and if mummy gets a migraine from their crying then she can’t have mummy wine time when they’re in bed! For me, it also relates to the way I dress them. I tend to avoid character or slogan clothing, leaning towards colourful clothing, unisex where possible. There’s something about the phrases “pretty like mummy” and “strong like daddy” that make my skin crawl, and this gender-specific messaging starts from birth. One of my sons was gifted a sleepsuit that had the phrase ‘lock up your daughters’ emblazoned across the front of it! Words cannot describe how incredulous I was when it was received.

I could go on and on about this until the cows come home, but ultimately for me as a parent it boils down to what kind of message I want to give my sons. While we live in a society that is starting to understand and recognise gender stereotyping for what it is, and as a result encouraging girls to do all that they can. It is also my responsibility to make sure my boys know that they can do anything, they are not limited by their gender and I hope by giving them this start in life, they will grow up with a healthy respect and understanding of all regardless of gender.

Love this? Share it! You can read more about gender neutral parenting in these blogs; Willies and Pink Jumpers and My Three year-old Boy Plays With a Pushchair. For the latest from The Motherload® bloggers, head to our homepage!

Paloma, 25 living in London. A single parent (referee) to two boys under 4 and sporadic scientist. You can follow Paloma on Instagram and on her blog
Image credit: Paloma Thompson