The Curse of the Only Child? 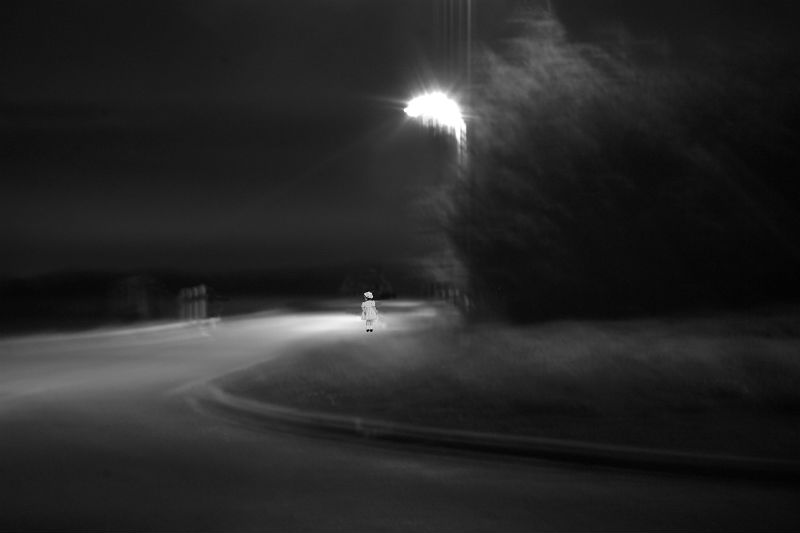 A friend of mine recently told me that she didn’t intend to have a second child. As she said it she looked sort of embarrassed and like I’d be judging her for her decision. I realised I assumed that most people I know will have, or at least try for, a second child. In fact when some of my friends haven’t had a second, I’m ashamed to say I’ve assumed they’re having problems conceiving. Awful.

I’m an only child, and grew up desperately wanting a sibling. I decided years ago that I would never have an only child myself. But since having my daughter I’ve realised that if she’s all I get, I couldn’t possibly be disappointed because she’s perfect and my life would be complete.

So have I decided to have a second child because that’s what I think you’re meant to do? Or do I really want a second? As an only child, what are the pros and cons of actually being an only child?

At one point I had music lessons, gym or ballet classes every night of the week. And my mum could take me to all of these classes because she didn’t have to share her time with another child. I got all my parents’ attention.  On Pancake Day I have happy (greedy) memories of my mum cooking pancakes for me one after another until I was full. I’m sure you’re thinking that makes me sound very spoiled (and possibly fat), but as a kid this was a massive pro.

I was definitely a precocious child. I spent a lot of time with adults and so grew up pretty quickly. I was comfortable around adults and so my parents could take me anywhere with them and know I would behave and have a nice time with their friends too. My dad died when I was eight and I think that this maturity stood me in good stead to deal with this and talk about it openly.

If a toy was mine, it was mine. I didn’t grow up arguing or fighting and even as an adult find confrontation quite upsetting. While not being prepared for confrontation in adulthood may not be positive, growing up happy and conflict-free was a big personal pro of my childhood.

I have a surprising number of friends who have had family fall-outs because of issues related to wills, loans and parents ‘helping out’. As awful as this sounds, being an only child means I don’t even think about these things. If my mum helps me out with something she doesn’t have to worry about making things fair for another child. And if I help my mum out I’m not thinking about whether the burden is shared equally.

Con – No one to play with

‘Alone‘, ‘isolated‘, ‘apart‘: some pretty negative sounding synonyms for ‘only‘. One of my biggest sadnesses of being an only child was not having anyone to play with on Christmas Day. I was lucky to have one best friend through primary school. We spent most weekends together and she even came on family holidays. My parents really made an effort to make sure I had someone to play with a lot of the time. But Christmas Day was just our family and if I had new toys or games I had no one, apart from my parents, to play them with. I was very self-sufficient and could play on my own, but I always craved having another child around. Even today I much prefer being with friends than being alone and Christmases can still seem quiet.

This one is something I definitely notice. I don’t have a sibling to call up and complain to or just talk things through with. If something were to happen to my mum, it would all be on me. Of course I have close friends to support me, but I don’t have any person who has grown up by my side and will have my back whatever. Having said this, of my friends with siblings, I would say this is the case for around a half of them. The others either just don’t have close relationships with their siblings or down right hate them. I think this might be even sadder.

Being your parents’ world is a pretty hefty load to bear. I’ve often held things back from my mum so as not to upset her. I felt a real pressure to have a child to make her a grandparent. And when I lived abroad I constantly felt a tug to come home. When people asked why I was leaving California and moving back to the UK I would simply say “I’m an only child” and they’d understand. My mum always had her own life and friends which helped to relieve the burden slightly. But a big part of me will always be tethered to her through not only a bucket load of love, but also a fair portion of responsibility.

“Such a typical only child“: the words every only child loves to hear!  So am I a narcissistic, socially maladjusted adult who is completely unable to share? Well yes, like Joey Tribiani, I really do NOT share food. But I have always had really good friends and grew up with a best friend who I was inseparable from. I like to think that these influences helped me to learn to share, have empathy and understand close relationships with children. I have lots of only child friends though, and I wouldn’t say that any of them possess any of these terrible qualities. In fact, now as adults they seem to value friendships more highly and are some of the most loyal and dedicated friends I have.

Of course not all of these pros are limited to only children and neither are all of the cons. As an adult my mum has remarried and I now have much older step-sisters. They hate each other and don’t speak at all. I can see the scars of their sisterhood on all three of them and when I’m around them I’m relieved to be an only child.

So will I be trying for a second child? Even with the over population of the planet and scarcity of resources, I think I’ll at least give it a go. From a selfish perspective, I want a noisier home than I grew up in. I want to see my daughter kiss a new baby brother or sister on the forehead. And I want to see them both come home for Christmas merging their new families together in thirty years. I’ll deal with the battles and reality down the line.

But if it doesn’t work out for us and we just have one, then that’s okay too because being an only child, or an ‘exclusive child‘ is really a pretty good deal.

Find out why Motherload blogger Fiona is ‘One and Done‘

I’m a new mum to one little girl, who is an American as she was born there but we have all moved back to be Brits before she started calling me ‘mommy’. I’m excited to be able to share some of my WTF moments as I embark on this whole parenting thing.