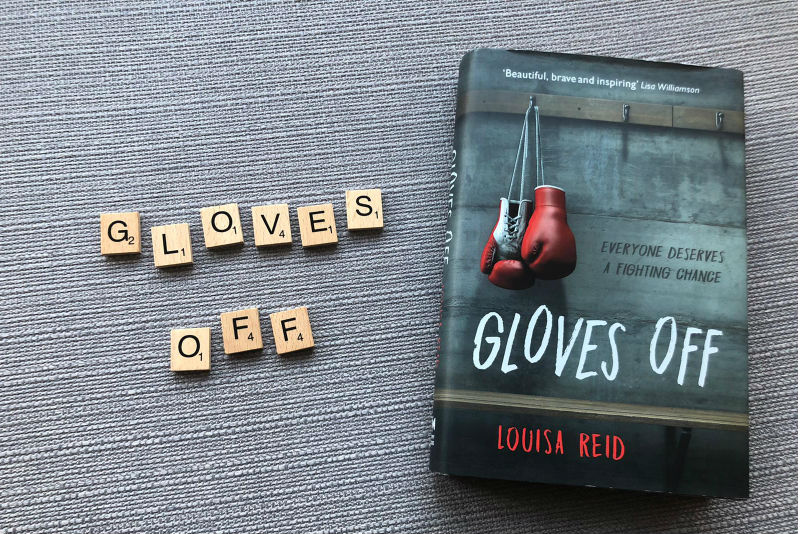 Gloves Off by Louisa Reid

When I first heard about this book, a YA novel told in verse, I was intrigued. A couple of years ago, I read One by Sarah Crossan, which is also a YA novel told in verse, and loved it. However, on the face of it, Gloves Off doesn’t really recommend itself to me. I read some YA but not a great deal, and poetry isn’t really my thing. Also, it’s about boxing. I have zero interest in boxing. And yet, something pulled me in.

Lily is sixteen and her life is challenging. School is agony. She is overweight and bullied relentlessly, including by Mollie, her former friend. Home is safe, but there are problems there too. I won’t go into them as they are revealed gradually throughout the book, and I wouldn’t want to interfere with that process. Lily’s dad introduces her to boxing, in the hope that she’ll learn to fight back. And this introduction leads to things neither Lily or her dad could have expected.

The form of this novel lends it a great intensity. It’s concentrated, tense, lyrical. I tore through it – I thought the fact that it’s written in verse might hold me back but it did the opposite. I couldn’t turn the pages fast enough. I found it to be an incredibly moving account of Lily’s battle to overcome her problems, and the sections narrated by her mother added a greater depth. In short, I’d really recommend this. If you have teenagers, it’s a great one to share. There’s lots to talk about, and lots to learn. I feel like this is a book I will carry with me for a long time. 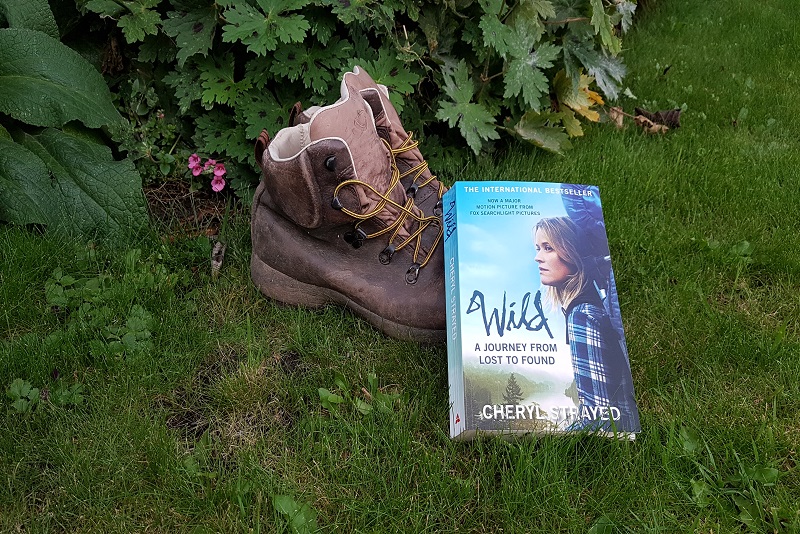 At 26 years old, Cheryl Strayed thought she had lost it all. Following the rapid death of her mother and the ensuing collapse of her marriage, she hit rock bottom. Using her last remaining dollars, she decided to embark on the journey of a lifetime by walking 1100 miles along the west coast of America. Covering significant sections of The Pacific Crest Trail, we follow Strayed through the highs and lows of her extreme hike. Determined to walk alone, her loose objective was to try to make sense of her past, and begin piecing her shattered life back together.

Written as a memoir, Strayed weaves various events of her life together to create a beautiful tapestry. She writes eloquently, with memories of her childhood, of a marriage that didn’t survive, and of the loss of her mother. Her honesty about the hardships she faced on the trail makes for a refreshing read. She does not sugar coat her walk or try to make it sound like something it was not. This is a real ‘warts and all’ read that gives the reader a feel for how emotionally low Strayed was, and how much she learned on the trail. Towards the end I was willing her on, desperate to know if she could achieve her goal. It made me wonder about the value of spending time alone and of pushing yourself to the extreme, in order to be content in just letting life be. For anyone who has ever faced trauma or reached rock bottom, this is an inspiring read about finding yourself, and letting go of the past. 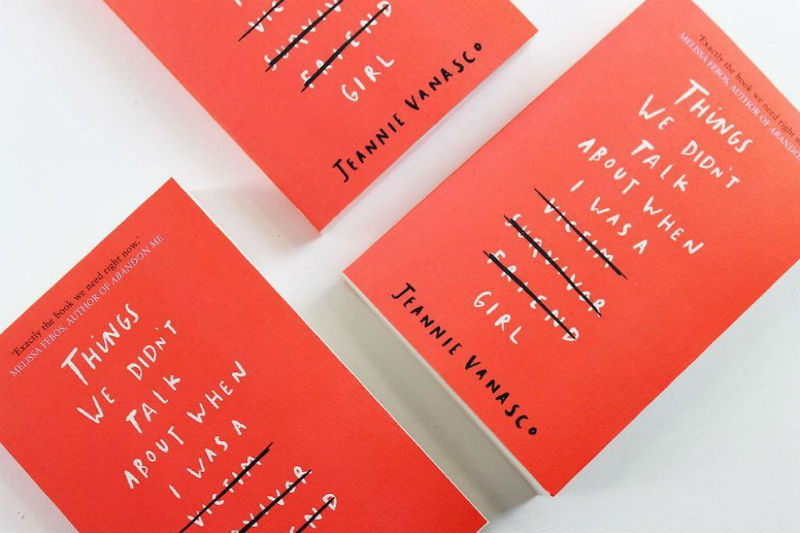 When she was at college, Vanasco got drunk for the first time with a group of friends. That evening, she was carried downstairs into a basement room and sexually assaulted by her close friend, Mark. It wasn’t the first time she’d been sexually assaulted and it wasn’t to be the last, but it was the time that she most struggled to deal with, because her friendship with Mark had been so important to her.

In this memoir, Vanasco examines that assault in great detail, and, incredibly, interviews Mark over the course of a number of phone calls and a meeting, to try to gain an understanding of why it happened. She also examines her decision to include him in the book at all, and whether that gives him a power she shouldn’t allow him. She’s very aware that it is this element that will make her book stand out from others of a similar nature.

The conversations between Vanasco and Mark are heartbreaking. It’s clear that both of their lives have been hugely impacted by what he did that night. It’s also clear that the friendship they had up to that point was a special one and meant a great deal to them both. Mark was in love with Vanasco and wasn’t able to tell her, so instead he forced himself on her when she was vulnerable, and in doing so, changed the course of both their lives forever.

Vanasco comes across as fiercely intelligent and strong. Her deep-dive into this most awful of experiences is unflinching and raw, and rightly so. I couldn’t look away from what happened to her, and why should I? She wasn’t able to look away when it was happening. This memoir is hauntingly beautiful and I’d encourage anyone who is able to to give it a read.