The Truth About Having A Small Baby 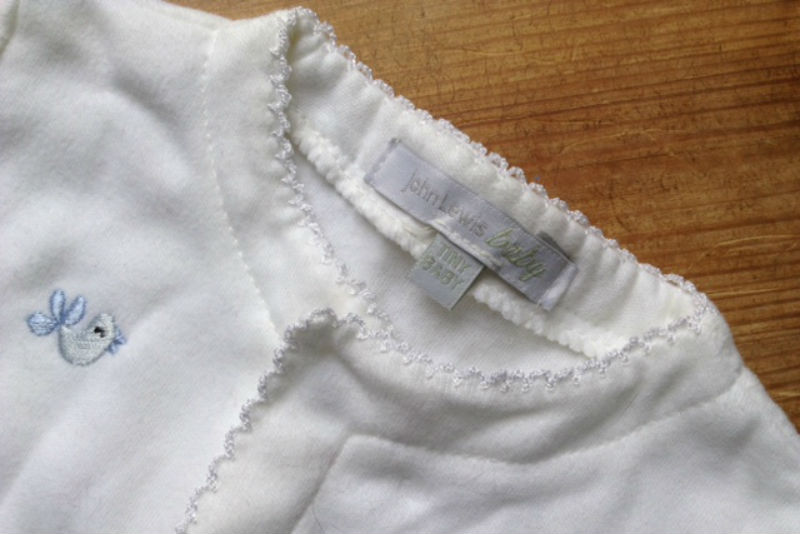 “OK Geraldine, just one more push and this baby will be out,” said the doctor.  “Then – as long as everything is okay – you just need to do lots and lots of feeding because it’s so important for tiny babies.”  I nodded obediently.  She had been called down from neonatal intensive care, because of concerns about the baby’s size.

A scan at 29 weeks had revealed he was growing below the 2nd centile.  I’ll never forget the sonographer’s worried face, the consultant being rushed in, lots of hushed voices and medical jargon, then talk of steroid injections and emergency c-sections 10 weeks early to deliver my first baby who was, apparently, “smaller than most twins and lighter than a bag of sugar”.

In the end, I held on until 38 weeks, when I was induced, and warned to expect a baby weighing less than 5lb.  He was 6lb 10oz – not big by any means, but also not small enough to warrant the extended stay in hospital we’d been told to prepare for.

We went home elated. The baby sailed through his initial midwife checks and kept his weight up in those first few, sleep-deprived days as we, his parents, flailed about trying not to screw everything up.  He seemed to feed constantly, day and night, and aside from a bit of vomiting, was a happy little chap.

On the day my husband went back to work, we had our first weigh-in appointment at the baby clinic.  After about three hours spent to try to leave the house and what felt like another three in the GP’s waiting room, the health visitor called us in.  I put my son on the scales and waited. Sharp intake of breath from the health visitor: “Oh dear, oh dear Mum,” she said. “He’s not gaining any weight is he?  He’s right at the bottom of this chart.  We need to get some meat on these bones!”

And that’s how it started: a tale of relentless breastfeeding, vicious mastitis, endless vomiting, game-changing (in our case) formula, early weaning, a high-calorie diet, the list goes on.  I won’t bore you with the details, but suffice to say, he spent his first year right down at the bottom of the weight charts while I fretted about how to fatten him up. Obviously, this is the bit where I would love to tell you that he’s now huge and eating me out of house and home, but the truth is, although he’s happy and healthy, he’s still much more likely to grow up to be a jockey than a rugby player!

If you’ve ever worried about your baby’s weight, or thought you might spontaneously combust if forced to smile tightly and say “good things come in small packages” one more time, then you may recognise these truths about being the mum of a titch.

Forget everything you thought you knew about weigh-ins

I don’t know about you, but I can honestly say that at no point in my adult life have I ever stepped onto the scales and hoped that they would tell me I had put on weight.  I’m a terrible one for removing every possible extraneous item before even considering weighing myself.  Now that you have a smaller-than-average child, you will totally know about the other side of that coin.  You put him or her on the scales, hold your breath and hope against hope that all that endless feeding will have made a difference.  What’s that you say? He’s put on 150 grams in a fortnight? Amazing! Okay, so I’ve eaten more Dairy Milk than that in one sitting, but every little helps, doesn’t it?  Which brings me to…

Now let me just start by saying that obviously the personal record of your child’s growth and development – AKA The Red Book – is a very good thing. It’s full of useful information, it’s an official marker of your child’s milestones and vaccinations and all the rest of it. But if you’ve ever worried about your child’s weight, you’ll also know about that moment when you have to hand The Book over and wait, with baited breath, to find out where he, or she, is plotting on the growth charts.  I would pore over those bloody graphs the night before every appointment, working out where he needed to be to have held his own centile.  I was more than a little obsessed and it was miserable.

You might be consumed with worry about your child’s size, but the likelihood is that all everybody else sees is a gorgeous, smiling baby.  Also, one person’s massive is another person’s tiny, as I discovered when I had my second son.  He’s also small, but has much chubbier cheeks than his brother.  While one person would offer me advice on how to “fatten him up,” the next would comment on how he was big for his age.  Strangers are often looking for something to say about babies, and a throwaway comment is just that. Just let it wash over you and move on.

I’ve generally found that people fall into two camps on this one.  Firstly, there are those who say: “He’s tiny, but then, you’re not very big either! You’re so petite, so he was never going to be a giant, was he?”  And then there’s: “He is so skinny, which surprises me, because you’re quite short, but you’re not that thin are you?”  Take a wild guess at which one a harassed, stressed, new mother would rather hear!

It’s not your fault

This is really important, and I can’t say it enough: this is nothing to do with you. Unless you’re deliberately starving your child (and I’m going to assume you aren’t) then there is not much you can really do about how quickly he or she gains weight.  All you can do is keep calm and carry on, as they say.

Most drawstrings are fake

And it drives me crazy! What is the point in putting them on clothes if they don’t work? They don’t even look that great and they’re destined to fall down the minute they’re put on.  Finding an actual, functioning drawstring on a pair of boys’ trousers is, for me, the Holy Grail and I must immediately buy at least two pairs.  But there is not a day that goes by that I don’t give thanks for the inventor of the secret adjustable waist buttons.  Without them, my almost four-year-old would be forced to walk around in aged 9-12 month ankle-swingers.

It takes all sorts

Last, but not least, remember that people come in all shapes and sizes, and you can’t make a growth chart without all of them.  As tempting as it may be to obsess about centiles and curves – and believe me, I’ve been there – the baby hasn’t read the charts and can’t grow to order. In this case, at least, size doesn’t matter.

Like this? Why not give it a share and spread the MOLO love! You can read Geraldine’s last blog, The Truth About Sibling Rivalry and for the latest from our bloggers and vloggers, pop over to The Motherload® homepage