We Need to Talk About: Miscarriage and the Mental Health Consequences 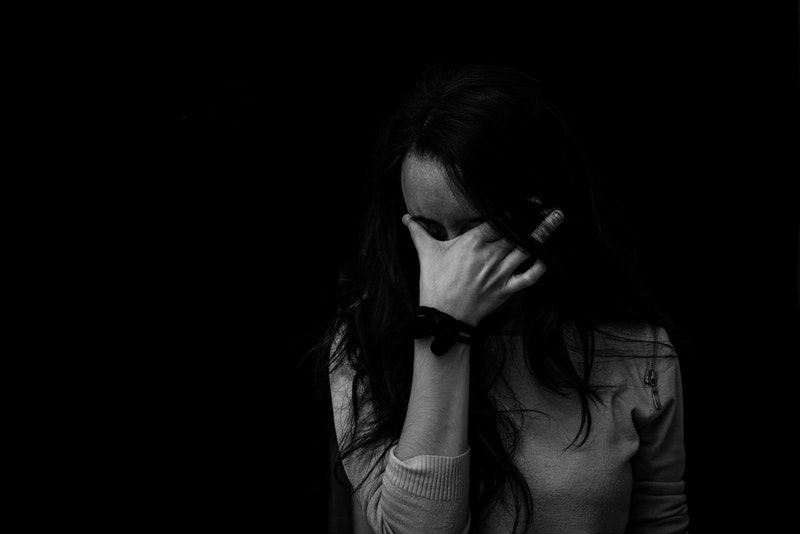 “Are you still bleeding?” “At least it wasn’t a proper baby” “Do you blame yourself?”

Comments and questions like this can rip through the heart of a woman who has miscarried, and bring all the raw, agonising pain soaring back to the surface.

While the insensitivity of these questions might seem shocking, they are just three of the wholly inappropriate comments I had to fight off after losing my baby at 12 weeks.

“Has it come away yet?” “Do you think it was a boy or a girl?” “Well at least you know you can get pregnant. You can always try again.” They just kept on coming while all the time I battled to maintain my brave face and ‘look forwards’.

The authors of the report suggested healthcare providers like should be more aware that pregnancy loss can have an impact on women’s mental health, and should ensure women can get suitable support and treatment where needed.

Treatment after miscarriage is minimal, but it’s not just healthcare providers who are guilty of sweeping the huge damage done to a woman’s mind under the carpet. Society seems to allow early miscarriage to be seen as a minor problem, a less significant issue than baby loss later down the line or other fertility issues.

Miscarriages aren’t rare – one in four pregnancies ends in baby-loss somewhere down the line – but there’s still a huge taboo around the subject. Women are upset and ashamed. They feel isolated, lonely and desperately sad. And this is where the problem lies. By not talking about miscarriage, those who haven’t suffered are at a loss as to what to say. So women often battle the emotion and trauma on their own rather than reach out for help.

Nobody tried to upset me, nobody set out to ram that knife through my heart one more time, but with every badly phrased question or comment came more pain.

And it’s not just those around us who struggle for the right words. When you lose a baby you can find it hard to describe what happened, how you feel, and what you need people to do.

The key is that society as a whole needs to open up more. We need to talk about miscarriage and we need to break the taboo.

A friend of mine was told to “snap out of it and be thankful for the kids you’ve got” when she lost what would have been her third child. Another had four consecutive miscarriages and was told by a pal “maybe your body just doesn’t want babies”.

While it seems obvious that these examples are going to do little more than smash an already broken heart, it’s surprisingly common to be told to “cheer up” or that “worse things can happen”, and then there’s the “well at least it happened now”.

These recent figures highlight the impact that early miscarriage, and ectopic pregnancies, can have on mental health. And the immediate aftermath – the reactions as well as the trauma of the episode itself – can have long-term damaging effects.

Last week I asked others who have been through it what they would have wanted said to them.

“That it’s okay to grieve” said one. “That after a storm comes a rainbow” said another. “That I’m not alone” was the overwhelming response.

Women are made to feel ashamed if they grieve too openly, or don’t bounce back within a few weeks, from something which for many is the most devastating experience of their lives. And that’s just emotionally, not even taking into account the physical trauma and repercussions that arise from your body pushing out a child that will never grow up.

Nobody can explain the gut-wrenching impact of starting your first period after a miscarriage, and every one after that. Each month you feel that dull ache in your womb before the ruby red reminder that you still aren’t pregnant appears once more. When it comes to triggers – monthly periods are a massive, unavoidable trigger for so many who have suffered baby loss.

Doctors need to screen women after their experience, to really find out what impact it has had. Some women will be fine, others will be highly susceptible to trauma and PTSD. Without talking about miscarriage it will continue to be swept under the carpet. By talking everyone becomes more aware, and more research can be invested in, leading to more funding to help sufferers.

We need be able to say “I’m hurting, I’m sad, I’ve lost a child. It may not seem much to you, but part of my soul has been stolen.” Or admit that the flashbacks are so vivid that we experience physical pain over and over every time we recall what happened.

And people need to talk to us. They need to say “It might not feel okay now, but one day it will”, they need to say “It’s okay to cry”, they need to say “Tell me how you’re feeling, I’m here for you” and they need to understand that one small sentence, one thoughtless comment, one jibe or suggestion that anything other than nature may have caused this, can destroy a woman at one of the most fragile times in her life.

Think. What should you say after a miscarriage? If you don’t know, just give her a hug. It’s worth a thousand words.

You can also read Natalie’s blog “Should My Miscarriage be a Secret?” about why women shouldn’t feel they have to hide early pregnancy loss

If you need support and information following miscarriage you can contact Tommy’s or The Miscarriage Association, or post for peer support in The Motherload® Facebook group.