Coronavirus: The Kindness Of Us
Maternity Ward Photography: Should We Ban Bounty?
30 Days of Kindness: An Experiment 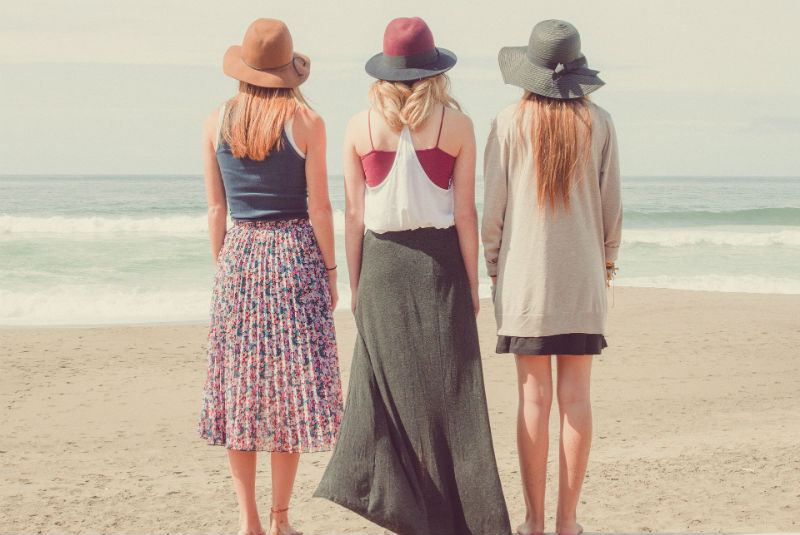 It was a busy day at the park, a sunny Easter holiday kind of day. There were kids hanging upside down on the monkey bars, parents sprawled on picnic blankets. My daughter rushed around playing an imaginary game involving bad guys while I watched from the bench, feeding the baby, and spying on what I can only describe as a Super Mum.

She rocked up with an older daughter, maybe nine or ten, two beautiful toddler boys, and a baby boy roughly the same age as mine. I watched as she did the impossible thing parents of multiple children have to do: split themselves apart in order to keep an eye on everyone.

She stopped her eighteen month old from pushing another child down the slide and then rushed off to take her three year old to the toilet. She ran back and forth the whole time we were there, patiently intervening, negotiating, kissing bruised knees and offering drinks and sunhats and jackets (you know what April in England is like), not once losing her cool with any of them.

At one point, the baby started to cry. This was after her third false alarm toilet visit with one of the kids. She sighed, scooped the baby from the pram. Kissed him and beamed at him as though the sight of him was the best thing she’d ever seen.

She caught my eye. I smiled.

I’m not good at this. I am the kind of person that hovers awkwardly whilst pushing a child on a swing, wondering whether to talk to the other parent or not. I am the person that can just about manage small talk about, you know, the weather. I don’t do ‘sincere’ that well. I had to force myself to be bold and just say it.

But it needs to be said.

Parenting is not the kind of thing that you get recognition for.

Having babies, yes. Lots of fuss and attention when you have a tiny new baby. But then? From then on, you just get on with it. You continue the work of scaring away imaginary monsters, wiping away tears, strapping on shoes, changing nappies, giving medicine in the middle of the night, making meals, cleaning up messes, singing the same songs and reading the same stories time and time again. You hope that you’re raising them okay; you hope that they will turn out alright at the end of it all.

They don’t thank you. It just doesn’t occur to them, and you don’t really expect them to. Children are like that: their whole life revolves around you caring for them. It’s just a fact.

If you’re lucky, you might have thoughtful friends that notice these things and tell you every now and then that you’re doing well. Or, like me, you might have a mum that does. When we had our daughter, I was so insecure; I didn’t feel at all confident in my own instincts. And during it all, my mum, out of the blue, told me that I was doing well.

Her words were a lifeline in a time of uncertainty.

Occasionally she drops it into conversation. ‘You’re a good Mum.’ ‘You and Chris are doing really well.’

When you see a dad trying to contain themselves while their child screams in the supermarket. Or when those parents can’t sit down for at the park for a moment in case one of their three kids wanders off. Or when you see a mum apologise, red-faced, because their child has just tipped the glue out all over the table at toddler group.

You’ve been there, you get it, you understand.

You understand what it is like to be at the end of your tether and to, somehow, in a moment of quietly magnificent patience, stop yourself from throwing yourself on the floor and having your own tantrum.

The media likes to pit us against each other because it makes for a good story. Annoyingly, we sometimes buy into it. It’s why we’re always hearing about competitive motherhood, about bottle feeding versus breastfeeding. It’s why we find ourselves divided into camps, lines drawn by how we decide to get our kids to sleep at night or how we wean them. We know it’s silly, but somehow, these tired old arguments keep on burning.

I turned my back on that a while ago.

The kind of person that compliments a stranger.

That stranger might be the strong one in the midst of a family crisis, the glue holding it all together, the one that everyone forgets to appreciate.

They might be the one whose own parents disapprove of the way they do things.

They might be the one whose partner doesn’t understand that looking after children is just as tiring as a ‘proper job’. (In fact, it’s more tiring a lot of the time.)

They might be the one that is struggling to adjust to motherhood, the one that stays at home all day and finds it so hard to connect with people, alone and friendless and overwhelmed.

Our words can mean something. We only get so many of them in a lifetime; none of us want to get to our deathbed and realise that we didn’t say what we really felt when we should have done.

You never know who needs to hear ‘you’re doing a good job.’

Like this? Share it, and spread the MOLO love! For more inspiring stories of women supporting each other head to our #BeMoreMOLO section and for the latest from The Motherload®, visit our homepage