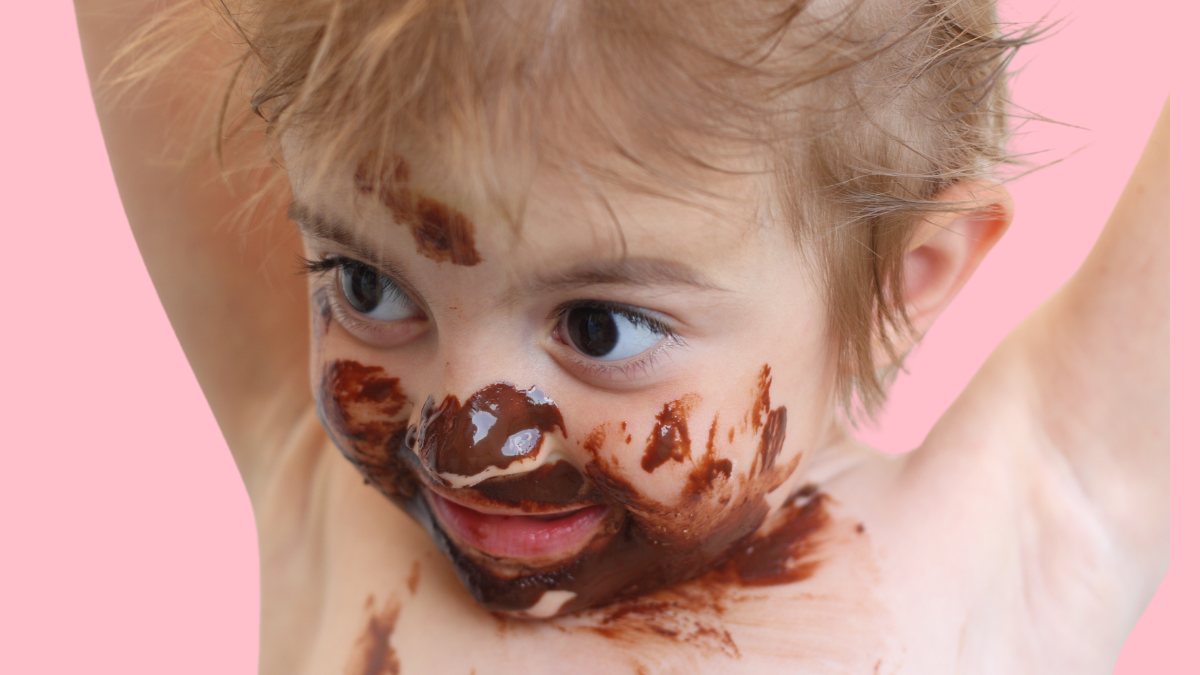 There are some things which you can never quite be prepared for, even after three years at the effluent-streaked coalface of motherhood. One of these things is your baby eating poo. Not even their own poo, but your other child’s poo.

It was all going so well; we were in the nine circles of hell, also known as potty training. My three year old son was reluctant at best, but putting on a real show at nursery that he wanted to use the potty like a big boy. So we persevered at home where he was noticeably less keen.

But then, one day, astride his purple potty, goggling at CBeebies, the unmistakable aroma (okay, fug) of toddler poo began to fill the room. I leapt up from the sofa, genuinely excited “WOW!  You’ve done a POO! That’s so great! Wow! Mummy is so proud of you!”

I was woefully underprepared

But as I have already mentioned, I was unprepared. Woefully unprepared, for I had no toilet roll to hand and no wipes, for there was no expectation whatsoever of anything of interest happening in that potty. But it did. So I legged it out of the room, three doors down to the bathroom, all the while shouting in a slightly shrill, overexcited voice “well done darling, sit still, I’ll be back in one second!”

It probably took about ten seconds – I RAN (a momentous event in itself, but this isn’t about me) – grabbed a bog roll, legged it back to the lounge, all the while lavishing praise on the boy. And then I sat down and waited for him to finish, mentally planning the grand ceremony we would have as we flushed his first ever turd on the potty down the toilet. Hurray! How happy we would be.

Did I mention the baby was playing on the living room floor at this time? No? Oh, she was there, quietly playing, she’d just learnt to crawl and – what the HELL is that in her mouth? The wooden lid from the toy biscuits with numbers on them. But there is something smeared all over it, something tan-coloured…

‘Noooooooooooooooo’ (at this point in the Hollywood disaster film made about our ordeal, everything should slow down so cinema-goers can take in exactly what happened because it was all very fast). It can’t be, it can’t be – mother sniffs lid – “OH SHIT! It’s shit – oh my god you’re eating poo! The baby ate poo!!”

“Ok darling, you stay on the potty, mummy will just be a minute” (the tone is slightly more shrill at this point but still positive – we MUST praise the potty successes.) What the fuck are you supposed to do when a baby eats poo? This is not something NCT classes prepare you for.

So I strap the baby in the high chair, wash her mouth with a warm flannel and try to get her to drink some water. But obviously she is crying, because, let’s be honest, I am slightly freaking out.

Then I thought about her hands; also covered in poo. With chunks in the creases at her wrists and smears up the inside of her jumper sleeves. I’m not sure how many times I said ‘oh my god’ at this point, probably about a thousand. Interspersed with “sit still darling – mummy will just be a minute!!!”

We’re at shrill con one now, dog-whistle standard, he probably couldn’t even hear me as he sat with his first ever poo on the potty, goggling at CBeebies, possibly wondering whether there would be a blue-light response every time he took a dump.

The baby is clean and wailing in the Jumperoo, the toddler is wiped and given strict instructions to sit on the sofa and NOT MOVE. Because although mummy is REALLY REALLY HAPPY that you did a poo on the potty – yay – there is excrement smeared on quite a few toys and on the play mat and mummy really needs to phone the doctor or ask Google if eating poo makes you very ill.

I am sad to say that several toys did not make it. I refuse to clean poo from the screw-holes on even the most beloved toy CD player. But happily, the baby was fine.

I Googled “baby ate poo” but that wasn’t much help so I ended up phoning the doctor (despite being terrified they would call social services) and she was very nice, even slightly bemused by the whole affair. She told me that as long as my son was not unwell, eating his poo was probably not going to make my baby ill.

So, if you are reading this because your kid just ate another kid’s poo, and you Googled “baby ate poo”, rest assured they will probably be okay. And if you’re reading this just for fun, I have one piece of advice: never, ever underestimate what your baby will put in their mouth.

I was so traumatised about this event that I wrote a song about it, got a choir to record it. And with the help of The Motherload®, made this video. Watch the 7 Days of Parenting video below!

Got your own baby ate poo survivors story? We’d LOVE to hear it. Join the Motherload and share it with us!

If you loved this, you love these: