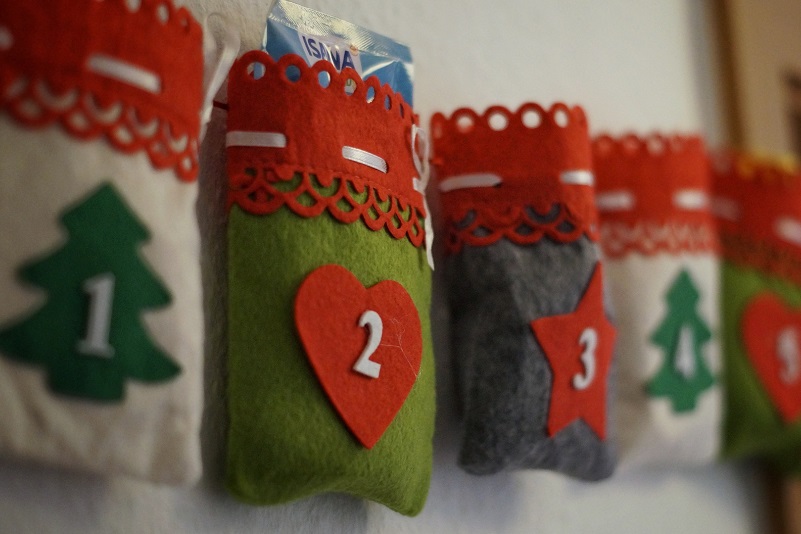 It’s only the start of December but already the trees are glowing and Mariah Carey is on repeat in every shop you enter.

Now I’m no Scrooge (I love presents) but these premature exaltations are tantamount to torture for any sane person who refuses to indulge in festive faff for nigh on six weeks. Kids high on sugar and crazed with plastic tat cravings. I’m banning the C Word in my house for at least another fortnight. Not because I’m a Grinch but because I truly believe we’re ruining the magic. Here’s why…

While I’m A Celebrity is a refreshing dose of sunshine during an otherwise gloomy season, every other show is rammed full of Christmas connotiations, and they’re increasingly tenuous and cheesy. Cinemas fill with lame flicks cashing in on Christmas cheer (yes I’m looking at you Last Christmas – that’s two hours of my life I will never get back) and quantity far exceeds quality. Remember gathering round the telly on Christmas afternoon for the premiere of a film you’d waited years to see? That just doesn’t happen anymore.

Meeting Santa
Growing up in the 80s you might be lucky to get a glimpse of Santa once before the big day if your mum took you to the local department store on Christmas Eve. Nowadays the old bugger is everywhere from mid-November. Shopping malls, Christmas bazaars, local parks. I saw him in Sainsbury’s last week. Kids aren’t stupid – they know the man they see with elastic hooked round his ears holding a lump of cotton wool in place isn’t the real Saint Nick. Let’s ban Santa’s Grottos from public places and enforce a law whereby each child is only allowed one visit per year to an officially authorised and approved FC. That’ll do the trick. 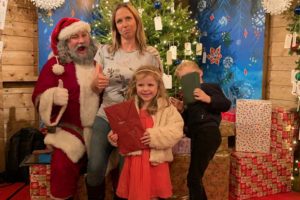 When I was a kid I used to peel open a paper window in the hope that today there might be a picture of a sheep, with all excitement building up to the big 2-4 which might be a shining star, or even that little baby Jesus himself. Paper advent calendars were the only type. This year my kids have no less than three advent calendars – two chocolate, one novelty. I tried my damnedest to maintain equal excitement by putting raisins in our DIY cloth one, but once they know that Jimmy next door gets a chocolate every morning, nothing else will do. So now we have them high on sugar before breakfast every day in December, there’s plastic crap lying around from a Playmobil countdown, and more Match Attax swapsies than we know what to do with.

Decorations
Call me a Grinch (many do) but I remember decorating the tree on Christmas Eve while Flash Gordon was on telly for the umpteenth time (festive film that one, I assure you). The tree and decs would be up a week or so then they’d all get packed away by New Year’s Day. Nowadays you’re lucky to escape flashing Christmas lights any day past Hallowe’en. Christmas light switch-ons take place mid-November, Christmas parties are booked before Bonfire Night so the boss can get a discount on the buffet.

Letters to Santa
This used to be a begging letter to be blessed with that present you’d pined for all year long, now it’s more of a wish-list for anything Mum and Dad haven’t bought you that week. Kids these days are spoilt and their letters to Santa sound more like Bailiff demands than polite requests.

School
I’m sure we used to have a Christmas lunch on the last day of school then all head home wearing our cracker hats and that was that. School was for learning, with a nativity replacing the last assembly of the year chucked in for good measure. Not now, oh no. The whole of the half term approaching Christmas is spent ‘getting in the festive mood’. Homework is to ‘write to Santa’, lessons are replaced by rehearsals, mufti days demand never-ending investment in ‘festive clothing’, and candy canes replace carrots as a five-a-day. The problem is that when they’re being ‘got in the mood’ at school, they stay in the bloody mood at home. We braced ourselves for the inevitable 5am wake up on December 1st due to pure excitement of whether a plastic elf (Ernie) has returned to our house. He has, of course. Try as I might I just can’t fight the feeling that I’ll have failed as a parent if I don’t douse cuddly toys in flour after an elfin baking session, or create postage-note carnage once a year all under the guise of that “cheeky Ernie” and his midnight tricks. Traditions are great, but why does Elf on a Shelf have to be such hard bloody work?

So that’s it. I’m fed up. I’m all Christmassed out and we’ve got another three weeks until the big day. My wallet is empty and my nerves are in tatters trying to think up ideas for the next two weeks of Elf Shelf Shenanigans. My kids are overdosing on sugar and I’ve met more Santas this year already than in the whole of my childhood. I even sat on one’s lap.

But next week my daughter will twinkle in her first ever school play, and my son will narrate his first nativity. I’ll hear Band Aid (the first one – the only one) on the radio and my spine will tingle, or I’ll get a card from an old friend and my heart will begin to melt. I’ll snuggle up with the kids to watch The Snowman, and then I’ll crumble. I know I will. I’ll get into the Christmas mood and all this will be forgotten.

Until the start of next December next year when again I will plead – can’t we all just calm the Christmas down?!