Are We Reinforcing Gender Stereotypes to our Sons? 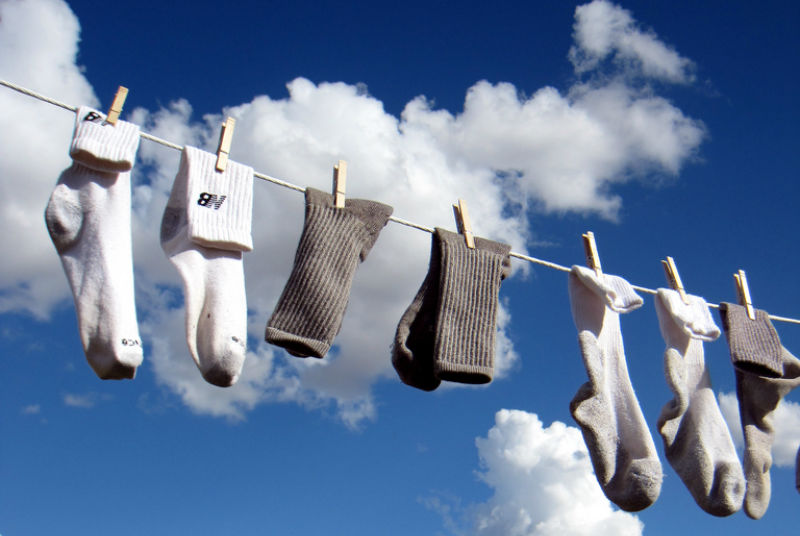 I’m a stay at home Mum to three boys, not through choice, rather through circumstance. (Not the three boys part – although number 3 was a bit of a whoops – but the stay at home mum part). Three years ago, I resigned from my management role at a University, a role I loved, because my partner was seconded to work in the US by his employer. The family packed everything up, sold our house and car, gave up school places, and moved 4,000 miles, all to support my partner’s career.

Now, don’t get me wrong, I was totally behind the move and we all flourished during our time in the US, but when we arrived home, unexpectedly pregnant with number three, I realised that my career as it was, was very much on hold. Extortionate childcare costs and a partner who works away regularly, added to three children all in different school/nursery settings doesn’t easily gel with two working parents. I’ve not worked in a traditional sense now for nearly three years.

As I’m at home, I’m the person who does the school and nursery runs, cooks all the meals, cleans the house, does the washing and ironing, puts the clothes back away, takes the boys to their activities, reads stories, and negotiates bath and bedtime; all on my own more often than I’d like. Basically, I’m a jack of all housework and parenting trades, but a master of none.

As my partner works long hours in a demanding corporate role, (and also, if I’m being honest, due to my control freak tendencies), it just makes sense for our household to run this way. He’s hardly going to run a Hoover round when he gets home at 9pm is he? He’s away, or working late so often that I need to plan my day as if I’m a single parent, because something often comes up last minute which means that I end up doing everything for the kids and house anyway.

As well as being a stay at home mum, I’m a writer, blogger, nutrition enthusiast, and keen Instagrammer. All of this is squeezed into the mum gaps in my day – at nap time or when the kids are in bed. Ideas are tapped away into my phone when I’m stirring porridge in the morning, or folding laundry in the evenings. It’s not really work though is it, when it’s not contributing much to the household purse, and when it is done in snippets here and there around the kids? I don’t put on a suit and leave the house to go to work – my ‘work’ as it is, is invisible to most.

My nine year old son made a throwaway comment last week which got me thinking a little more about all of this. He said:

“Mum…I’d get dressed quicker if you turned my socks the right way around before you put them back in my drawer.”

Tied up in this statement was the belief that it’s my job to pick up the dirty washing from his bedroom floor, do the washing, sort it into five little piles that live on the stairs until I can’t take it anymore, then put them away, ready to wear again. And despite the fact that I do all of these tasks, the fact that I don’t make sure his socks aren’t inside out before putting them back in his drawer is seen as me not fulfilling my role properly.

So what, he’s only nine, I hear you say, he didn’t mean anything. But what if it’s more than that? What if me being home all of the time is teaching him that a woman’s place is in the home, and that housework, including sock-sorting, is all the work of the stay at home parent, usually the mum, too.

He already knows that his dad can’t often get away from work to watch his class assemblies, attend the summer fayre or help out at Maths morning. And even when we were both working and one of the boys was sick or there was something going on at school, it was always me who flexed my hours rather than my partner.

The boys have always been accepting of the fact that dad’s work can’t be interrupted, but assumed that my work always could be. Where does this seemingly culturally ingrained belief come from? I guess it’s no surprise when a huge majority of powerful positions in this country, and across the world as a whole, are held by men. They are male voices in the main that us and our kids hear talking about the important stuff. Female voices are few and far between, and women who hold powerful positions are often portrayed negatively, as if their success in their field clashes somehow with their femininity. And their appearance is always mentioned. Every. Single. Time.

So, what’s the answer? On the sock issue, I told my son in no uncertain terms that if he had a problem with how his socks were presented in his drawer, then I’d gladly show him how to do his own laundry in the future.

Joking aside, I used the comment as a kick up the bum for me to start to talk to my sons more about gender stereotyping, to challenge gender stereotypes when I see and hear them, and to highlight how our family runs by both parents contributing differently but in equally important ways. My eldest is a bit of a news geek like me, so I’m now talking to him about all of the women that appear on the news, Angela Rayner for example, and reinforcing that women have valuable things to contribute, politically and to society as a whole, and can, and do hold positions of power alongside men.

It’s helpful that one of my eldest’s friends is a kick-ass 9 year old girl who does back-flips, climbs mountains and scales sheer rock faces for fun – awesome! By continuing to highlight and praise girls and women who shatter those traditional female gender stereotypes, we can teach our children so much about how to create a fairer and more equitable society for the future, where all voices are heard, not just male ones. It’s bloody hard work, but we got this!

Like this? Share it, and spread the MOLO love! You can read Alison’s incredible blog, The Reality of Foodbanks, or for the latest from The Motherload®, head to or homepage