For better, for worse… 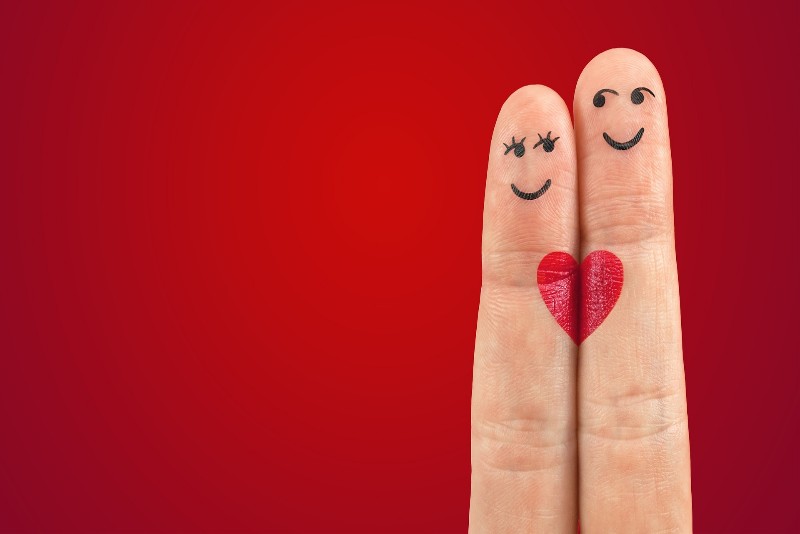 A few months ago I was mindlessly scrolling through my Facebook feed when I saw that an old friend of mine was in a new relationship.  Nothing strange about that I guess, except that to my knowledge she was still happily married to someone else. Not so. I felt sad to hear their marriage had ended – they are great people who married with high hopes for a long, happy future with each other, as we all marry.  They’d had an incredibly tough time after their daughter was born so their separation was both a shame and entirely understandable.

This sadness was quickly followed by a knee jerk fear for my own marriage – because I know how easily we can neglect our relationships, how bad habits can become normalised behaviour and before you know it you spend more time nagging over whose turn it is to take the bins out than you do stopping to hug, to kiss, to hold hands.  When life is burning you out it’s so easy to forget to connect.

More and more often now I’m reporting back to my husband the separation of friends and acquaintances whose relationships haven’t been able to stand the almighty test of children. We exchange a glance as if to say “This parenting shit is tough”.  We are sad for our friends. If my 20s were full of possibility, wonder and weddings then my 30s have been filled with exhaustion and divorces. There’s a feeling that we should have our shit together by now… and yet even those of us that appear to have it all are hiding behind the facade of social media.

This weekend one of my blogs was shared by CBeebies, I was thrilled and immediately posted it to my Facebook feed.  It was a post that probably made me seem happy, organised, successful. But the reality was it was posted by me when I felt anything but.  My hair was unwashed, my skin broken out, my pyjamas firmly on for the day; my husband was at work and both of our children had gastroenteritis; I was being vomited on left right and centre, meanwhile trying to do multiple loads of washing.  I enjoyed the likes and comments coming in, validating me on what was a particularly crap day, while I was feeling like a fraud.

Because I’d made it look easy.  But this shit is not easy. It breaks us.  Think about it, for most of us parenting means job sharing with our partners for the first time; attempting what is both the most important and the most difficult job of our lives.  All parenting decisions are personal, all of them emotional. You don’t get to clock off and bitch to your partner about your new arsehole colleague not managing the shared inbox; they are the arsehole colleague, the inbox is the overflowing laundry, the dishes in the sink, the nursery drop-offs and pick-ups.

I sometimes wonder if couples knew the strain having a baby would put on their relationship if they would still want to have a family? I remember a friend of mine joking about the stupidity of having a “bandage baby”, I was 16 weeks pregnant with my second child and unbeknown to her was going through the toughest patch my marriage had ever seen.  I wondered if we were next on the list of failed couples.

We put in the work and came out stronger, we realised that if we kept putting all of our energy into the children eventually we’d have none left for ourselves.  But still it’s one thing to know and another to do. Like I say: this shit is tough.

There are things we have learned, crucially we’ve accepted that life is going to be overwhelming and exhausting for a while and that that’s not a reflection on us, our parenting or our marriage – it’s just the phase we are in.  We find humour in the chaos where we can, quoting the Wedding Crashers when one of us leaves “you leave me in the trenches taking grenades”! Catching each other’s eye when we realise both kids are temporarily occupied and going in for a hug, a kiss, a cheeky bum pinch.  We talk about how this is a tough season of our marriage and figure out ways to eke out more time together, support each other, take care of one another. The way we used to. We’ve learned that when time alone is scarce the little moments really can add up to something big.

But for all of my complaining I know that we would still have chosen this path over and over again – despite all of the logistical nightmares, illnesses, tantrums and sleepless nights our children also bring us immeasurable happiness (albeit delivered in fleeting moments) and like all parents we think our children possess the highest intelligence, humour, kindness and beauty there is.  Even more crucially they have made us better people – we are less self absorbed and more giving, we have more empathy for others and we are able to take joy in the simple things that amuse our children. They force us to pause and take stock, to stop and examine the snail on the wall or the colour and shape of the clouds; they question us (sometimes endlessly) and give us cause to ponder our own logic and beliefs.  They round us out and connect us back to what really matters in life. And while this time of extreme neediness will gradually reduce (or so I’m told), I hope that the things we have learned about ourselves and each other will not. Because this shit is tough. But so are we.