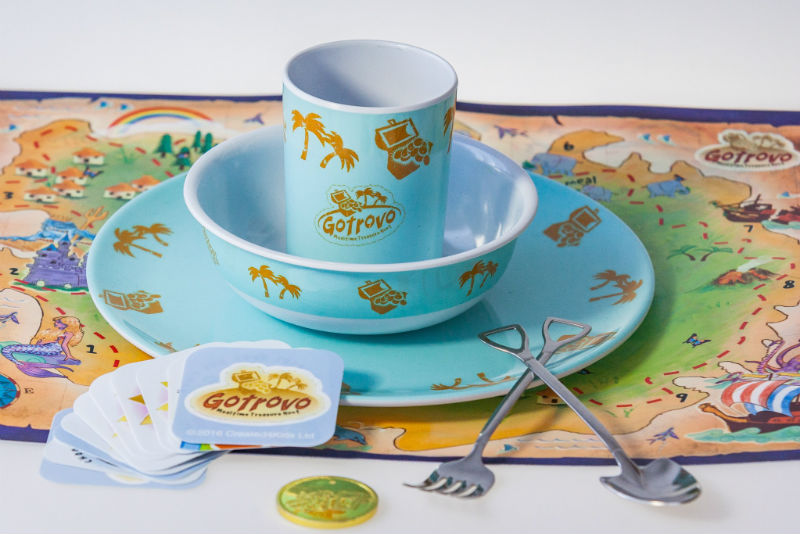 For the last six months I have been fighting a battle and it happens every dinner time. It generally starts with me serving a meal and asking the kids to wash their hands and sit up at the table. And then I ask again. And again. And again…

Then once they’re sitting up we might get a few mouthfuls in before one or both of them run off to use the toilet, get a toy, or generally just wander about and treat the meal like some sort of roaming buffet on a really shabby sweetcorn-strewn cruise ship. It is often frustrating, and frequently infuriating. I don’t want every meal to feel like a battle of wills – I want it to be fun and sociable – not to mention nutritionally balanced. But I find myself feeling despondent about the amount of effort required to get two small people to sit at a table with me and eat.

Here’s what I’m dealing with. 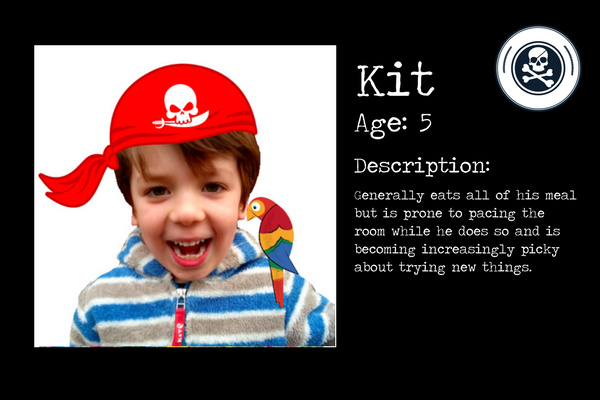 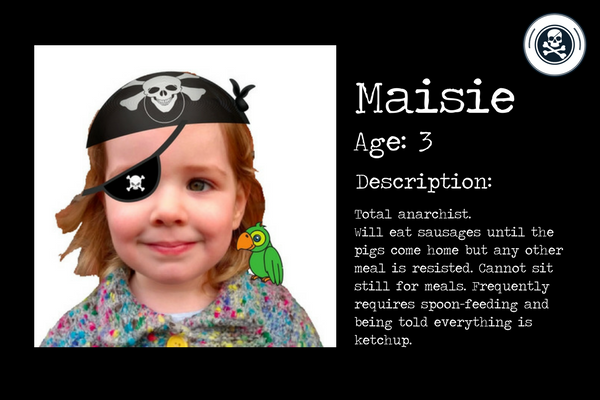 The idea is that this treasure hunt dinner set turns eating into a motivational game to help get your children eating happily and healthily. The amazing women behind Gotrovo, Aley and Jo worked with a nutritional therapist to develop this set, the idea being that playing this imaginative game gets kids focused on eating without pressure or battle. It can help them overcome short attention span issues and encourages fussy eaters to be more adventurous and try new foods.

Did the Gotrovo Mealtime Treasure Hunt help? Here’s how we got on. 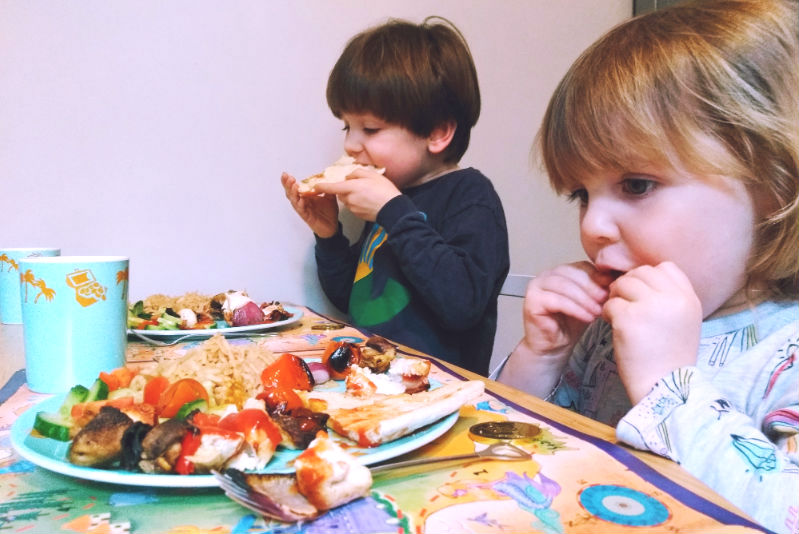 Right from the off, the kids were really excited about these sets, as we opened the boxes and they pulled out the treasure map place-mats, golden coins, reward cards, the plate, bowl and cup – and quite possibly the highlight for us – a fork and spoon which look like actual tools for digging up treasure. SO COOL.

Because the concept behind these sets is so flexible, you can decide how you want to use them. As my biggest problem with the kids is getting them to stay at the table during meals, I decided that I would begin with a game that let them move their gold coin forward one place for every minute that they stayed at the table. And do you know what? It worked, first time. They both managed ten consecutive minutes and managed to get their coin around the trail to the treasure chest at the end. In fact Kit loved it so much that I swear he was making his dinner last longer so he could go for a second spin around the map. Even Maisie (aged 3) who is, I confess, completely untamed, sat in her seat and ate her meal.  And when they got to the end of the trail,  and had eaten enough dinner, they each got a reward card. I’ll be honest, I was so utterly delighted that they had sat at the table that I let them exchange their reward card for a little chocolate egg. It was a big moment for us.

We carried on with the same game for a few days and it worked really well. The other thing I loved about this is that there is plenty to talk about on the maps, there are different designs on both sides with lots of things to count and spot and discuss which encourages a nice bit of chat at the table rather than me begging them to sit back in their chairs.

You can buy a Gotrovo dinner set for just £12.95 by clicking here – scroll down for your MOLO discount!

Then I decided to ramp it up at the beginning of our second week with some new rules. Risky, I know, but I like living life on the edge. As my husband was optimistically preparing a family meal of Moussaka, I told the kids that we were playing a new game with our treasure maps and it was all about eating new foods, so every time they ate some of their meal, they could move forward one space and if they tried a new food they would get to jump forward a bonus place. The usual response I would expect from Kit (aged 5) to a meal such as Moussaka would be “ewwwww, what’s this? I don’t like it”, which would be followed by copious amounts of persuasion from me that it really was yummy and he loved all the components in it and really should try it. But because he knew the game was to try new foods, and he was already really motivated by the Gotrovo Mealtime Treasure Hunt, he was totally up for it. So he tried the Moussaka and I let him move two places, because he ate a mouthful and tried something new. He even tried the aubergine and the courgette (which he usually refuses to eat) and declared they were yummy. I win! Both of them tried enough new foods and ate enough of their meal (I’m not a stickler for clean plates, just as long as everyone eats enough) to get their gold coin all the way to the end of the trail and claim their star reward which they traded in for some strawberries wedged in an ice-cream cone with a teeny bit of nutella (AKA their dessert).

Because my children are quite young, I feel they need the gratification of getting their reward on the day, but you can encourage them to collect their rewards through the week and trade them for something at the end of the week (which may or may not involve chocolate) like an extra story at bedtime, a playdate or a playing a game together. You could even continue the treasure hunt by hiding one of their favourite toys to go and find and have extra play-time with as their reward.

The verdict: It’s a big fat YES from us for the Gotrovo Mealtime Treasure Hunt. It’s a really lovely dinner set and I can tell we will be using it for a long time to come. But the main thing is the relief that I have something which makes mealtimes fun, not stressful, which helps my children sit and focus on their meal and try new foods. In short, I will be losing my marbles at the dinner table a lot less often.

You can buy a Gotrovo dinner set for just £12.95 by clicking here – and the more sets you buy, the cheaper they get!

Gotrovo are also offering a special MOLO discount of 15% off your first order, to qualify simply sign up to the newsletter here!

Disclaimer: Gotrovo has paid for this review, but as ever, we review any experience on The Motherload®® as truthfully as possible in keeping with our ethos.