I Kept My Name 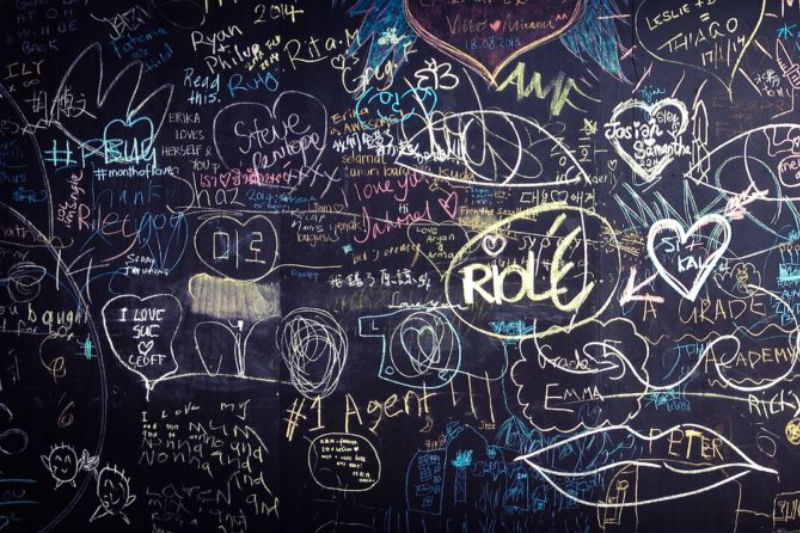 When I was at primary school in the late 80s, if you liked a boy, it was pretty much law that you had to test out your future married name in a variety of felt-tip colours and swirly writing styles before doing anything so rash as talking to him. Sometimes, a future marriage was over long before it had begun because the name just didn’t work. Meanwhile, the boy in question played football outside, entirely oblivious.

And even when I was older, it was something that often came up when a friend announced a new boyfriend. What would your name be, if you got married? If he chose you to be his forever, the subtext screamed.

I got married in 2009 and opted to keep my name because my husband and I were in the process of moving to New York, and the thought of complicating the visa application made me shudder. It was a temporary thing. I thought I’d change my name when we moved back. But then over the next year or so, I thought about it, and I realised I didn’t want to change my name.

I didn’t have anything against my husband’s name, but my name was mine, and it had been for thirty years.

We talked briefly about double-barrelling. Neither of us were very keen. Like me, my husband had no desire to change his name at all. My surname is Pearson and his is Herbert and it’s been said that we’d sound a bit like a firm of solicitors if we put them together. Plus I’m just not sure it’s the answer. In future generations, what would two double-barrelled people do?

My family is small; my parents, my sister and me. No cousins. My sister changed her name when she got married. I’m the last Pearson on our little branch of the family tree. But I don’t think that’s why I kept it. I was Laura Pearson on the day I was born, on the day I went to school, on the day I graduated from university. I’m a writer, and my stories and articles have been published under the name Laura Pearson. It’s who I am. The fact that I’m married now doesn’t change that.

I’d always thought that even if I didn’t change my name when I got married, I’d want to when I had children, because I’d want the whole family to share a name. But I have two children now, and they have my husband’s surname, and I have mine. We’ve given them my surname as an extra middle name, but honestly, there’s no question of me not feeling connected to them because of the name thing. I grew them in my body, after all.

Over the years of my marriage, people have had quite a lot to say about my name.

One workman said ‘I thought you said you were married’, after I gave him our two names. I never know whether I should be Miss or Mrs. I often find myself explaining, and then wondering why I bothered. The worst anyone is likely to think is that we’re unmarried, and I don’t have a problem with that.

I’ve resigned myself to the fact that I’ll be called Mrs Herbert throughout my life. That I’ll receive post with a name that isn’t mine, that people will be thrown and confused by what, to me, is really quite straightforward. Despite all that, I’m sticking by the name I’ve always had. Because it’s a part of me. And because I think the teenage Laura Pearson would be proud of who the adult Laura Pearson has become.