MOLO Advice: What to Pack in Your Hospital Bag 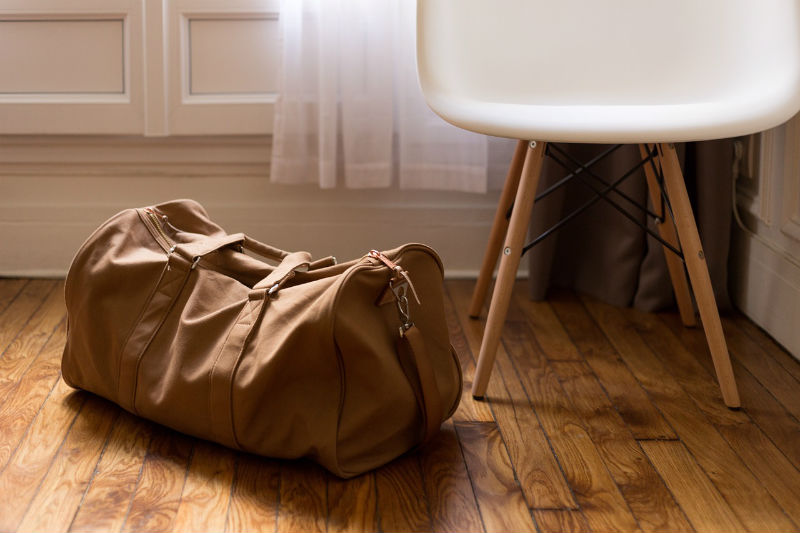 Having a baby soon? Read all the lists about what you ‘should’ pack in your hospital bag, but still not sure? Fear not! We spoke with the MOLOs in our fantastic Facebook group to get the best tips for what to take.

Because quite frankly, there’s never enough pillows, and the midwives don’t always have access to any. I’d recommend two pillows, particularly if you plan to try and breastfeed – an old one for labouring with and a feeding pillow, as it definitely helps to make things comfortable when you’re feeding a newborn.

Take some drinks, preferably not fizzy (they go flat), in a bottle and some straws to allow for easy drinking.  Snacks (for you and your other half or birthing partner). Depending on the time you go in, the hospital restaurant might not always be open and you’ll need something to keep your energy up.  My fabulous brother-in-law had to make an emergency dash to the 24 hour supermarket for sausage rolls and sandwiches as my second baby wasn’t born until nearly 10pm, and the hospital canteen had closed.  Soggy toast and weak tea just doesn’t cut it after labour.  After my first, my husband had packed a baguette with brie and pate as I’d missed them badly when pregnant, which was amazing.

Flip flops. Because public showers are a bit grim, but you’ll want a shower. Trust me.

Dark towels – dark for the blood. There’s so much blood. Fabulous MOLO Louise Hickin recommends an old flannel to pop between your legs after that first shower, to save getting blood all over your towel. Bring your own towel because hospital towels are scratchy. And this is not a time for scratchy.

Hospitals are hotter than the sun and your lips dry out very quickly, so take in lip balm.  Actually, also add into this face mist, and a handheld fan.  Depending on your beauty preferences, you might want to take moisturiser, mascara and lipstick (or indeed your full make up bag!), but I found moisturiser was sufficient for me.  I bought one of the little Nivea travel packs from Superdrug which had everything I needed, including shampoo and shower gel. Don’t forget your toothbrush and toothpaste. (Anyone else get an image of Chris Evans when saying that? No? Just me then) Dry Shampoo can also be a winner for when you don’t feel up to getting to the shower. And if I were you, I’d stock up on that for the first few weeks anyway. When you’ll forget what a shower is.

MOLO Siobhan Harding recommends taking a little bit of perfume, to make yourself feel a bit more human, but also as a future reminder of a happy time.

Don’t forget hairbands/bobbles or grips to keep your hair away from your face.  And a brush. Don’t forget your hairbrush for afterwards.

Earplugs; the wards are noisy and if you want any hope of sleeping when the baby sleeps, you’ll need earplugs.  Don’t worry – you’ll hear your baby if they snuffle. An eye mask can also help you get some sleep during the day.

You might be there a while, so don’t forget to pack your phone charger, so your other half or birthing partner can ring the world to let them know the news and so you can take some of those all-important pictures. And also for your Kindle/tablet etc. If you’re in for a while beforehand, you might need it!

An old t-shirt/nightdress to birth in. And then a buttoned or feeding nightdress for when you get to ward, so you don’t have to whip your top off (if breast feeding).

Take more pairs of knickers than you think you’ll need. You’ll need Granny Pants.  Let’s face it, you aren’t going to want a thong on your hoo-ha for a while.  And if you haven’t pushed a baby out of there, you aren’t going to want them anywhere near your c-section scar.  Primark do some great pairs of ‘full briefs’ and come fully recommended by MOLOs.  As a bonus they’re super cheap, so it won’t make much of a dent if you just chuck them when you’re done.  MOLO Nikki Sullivan rated men’s jersey boxer shorts as super-comfortable.  I’d definitely avoid the disposable pants – too much rustle for me!

Also lots of pairs of bottoms, in case you bleed through. No-one said giving birth was glamorous!

For post-birth.  I definitely wouldn’t recommend normal sanitary towels as they can rub on any stitches.  Some MOLO’s also recommend Tena Lady as a good post-birth towel.

For the first wee

Yes, yes – we’re talking about wee (if you think this is bad, then just you wait.  In fact, don’t – take a look at Kate’s story).  Take a sports cap bottle, filled with water to spray your bits as you wee.  It won’t stop the stinging, but it will help.  Sara Azari suggests weeing in the shower helps too.  Drink lots of water afterwards too.  The more diluted you can make your wee, the better.

I found baby wipes much more comfortable than toilet paper in those first few days too.

After all those things for you, there are a few things you’ll need for baby (after all, they are the reason you’re going to hospital in the first place!)

Nappies – take a few nappies, as most hospitals don’t give them out anymore.  Size 1 should be fine, but maybe take a couple of size 2 if you think your baby will be a bit bigger.

Clothes – don’t take too many outfits.  With any luck, you won’t be in hospital too long, and if you are in longer than you thought, one of your many visitors can bring you some more.  Take a couple of vests and sleepsuits.  Preferably in a couple of different sizes – newborn and 0-3 months.  Emma Wilkes recommends packing baby’s first outfit, along with a vest, a nappy, a hat and some scratch mittens in a zip lock bag, so whoever is with you can find it easily.  I found I only took one outfit for them to come home in, and sleepsuits for the rest of the time.

Blanket – for the car seat on the way to the car and home.

For the Other Half

Kelly-Anne Simpson recommends a change of pants, shorts and t-shirt, deodorant and a toothbrush for the other half. You might both be there a while, and so he might appreciate a chance to freshen up.  Especially as you probably don’t want him going home to do that, if it can be avoided.

More MOLO Advice on How to Cope With a Caesarean and for the latest from The Motherload®, head to our homepage