An American in the UK on President Donald Trump

Detained Migrant Children: The Fight For Humanity
President Trump: A Vote for Racism, Misogyny and Islamophobia?
US Election: A Letter To America 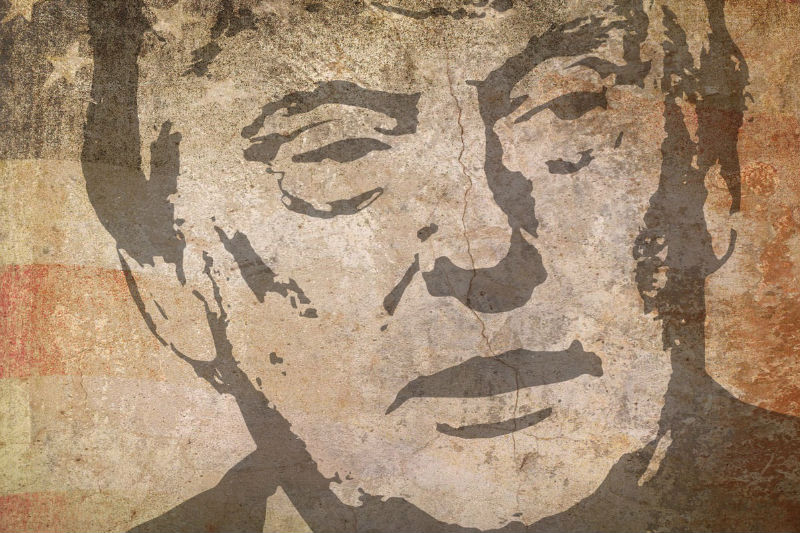 I’ve always had a bit of an emotional response to politics. In 2000, I voted in a presidential election for the first time, and cried at the outcome. In 2008, I developed a somewhat unhealthy obsession with Sarah Palin. Every day, when I got home from work, I would check the internet for her latest bizarre statement. I was lucky the election ended when it did, as I’m sure my blood pressure was getting dangerously high. For the last eight years, I have swooned over the Obamas. I haven’t always agreed with Barack Obama’s decisions, but I have admired them as a family. They have always seemed like genuinely kind people who care about others and work hard to instil those values in their daughters. Plus, Michelle is in joint first on my list of famous people I would most like to hug (tied with The Goddess Meryl Streep).

Perhaps this is why I feel such a visceral reaction to Donald Trump, although I know I’m not alone in that. He does not seem like a good person. He seems like someone who is selfish, self-serving, judgemental. He lacks empathy. He is not thoughtful.

After the election, I tried really hard to figure out what had happened. I read a lot of explanations from people who had voted for Trump, and I tried hard to empathise. I thought about privilege, and how frustrated white men must feel when they are told that they are privileged, even though they are unemployed, uneducated and can no longer provide for their families. I did my best to get out of the echo chamber the internet had created for me, where cookies ensured I was fed a steady diet of articles and videos that confirmed my world view. I tried to stay calm. America is built on a system of checks and balances that should ensure no one leader is able to dramatically change the country.

Two and a half months later I’m not feeling quite so calm. Trump seems as unhinged as ever, and it appears his supporters are willing to overlook just about anything he does. His tweets are disturbing, his lack of respect for the First Amendment is frightening, and his cabinet appointments are questionable, to say the least.

It looks like the next four years (at least) are set to be one long shit-show for women, minorities and anyone who relies on the Affordable Care Act. But I have to be honest and acknowledge that, in all likelihood, I will not be dramatically affected by Trump’s presidency. I have the privilege of observing it all from a distance. And that’s what I’m going to try to do. I’m going to adopt a sort of scientist’s perspective: I will observe, evaluate, explore and react. I will stay informed. I will hope for the best, but prepare for the worst.

And there are signs of hope. It is likely that on 21 January, millions of women will turn out to march in protest against Donald Trump. The biggest march will be in Washington DC, but other marches are planned across the country and even across the world. Eight years ago, an African American man became the President of the United States because of a grass roots movement that invigorated a country. Perhaps this is the start of something new: a new movement motivated not by the ideals of a senator from Illinois, but by opposition to the ideals of a businessman from New York.

We can only hope.

Like this? You will absolutely love Rebecca’s stunning last blog, A Letter to my Pre-baby Self

Rebecca is an American living in small-town England. A mother of twin boys, she used to enjoy baking and gigs but now spends most of her time singing nursery rhymes and answering the same damn questions from strangers over and over again. She has recently finished maternity leave and returned to work teaching English to mostly pleasant but occasionally stroppy teenagers who keep her up to speed with current slang and dance trends.