The Truth About Birthday Parties 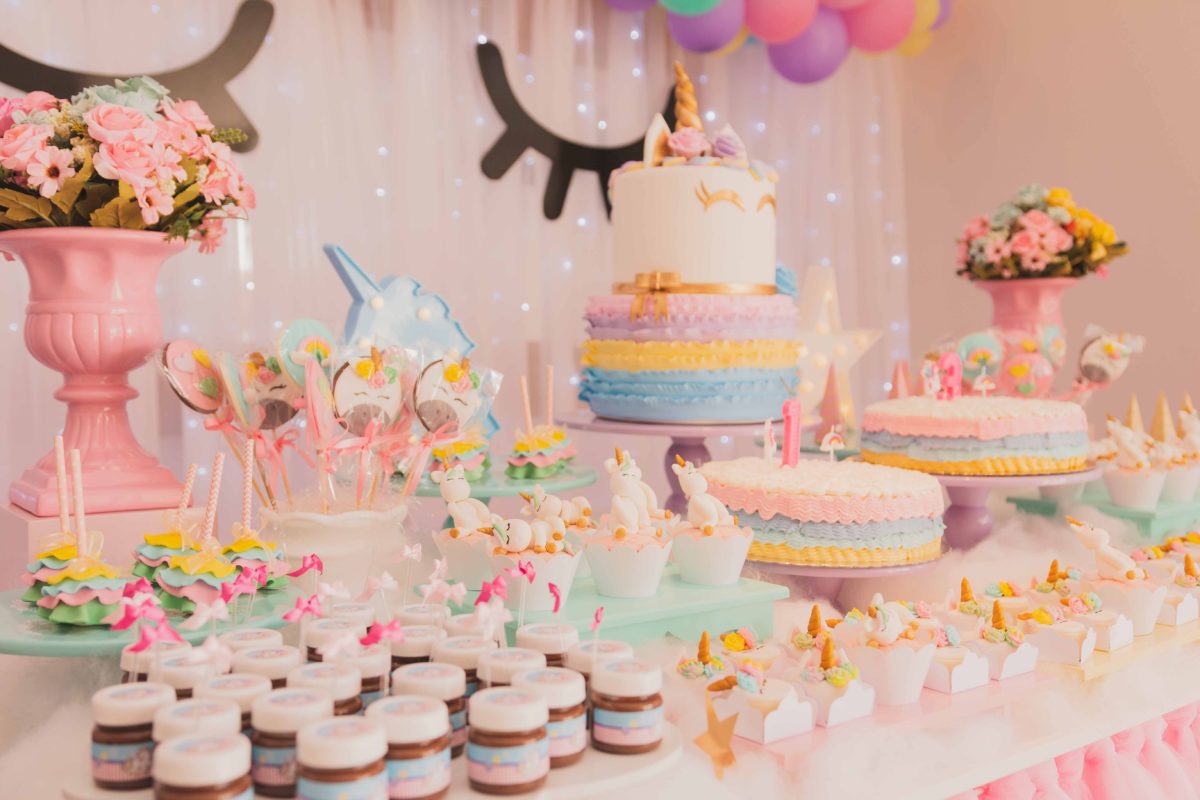 It’s right in the middle of my baby girl’s 3rd birthday party. The “small” family get-together I’ve planned has morphed into a gathering of 15 adults and 13 children. Yes, I counted them.

Lots of small people with high expectations are gathered around kitchen table with sticky dough rapidly encrusting their little hands, and the cookie cutters, rolling pins and the table top. “Keep sprinkling with flour!” I bark at my fellow adult helpers. Puffs of flour duly billow across kitchen.

It starts with a flourish…

The party started about an hour ago with a flourish;  Birthday Girl making moral point of demonstrating that the terrible twos are *absolutely* continuing into the threes by throwing a major-incident tantrum. Excess of screams culminates in her throwing up in hallway just as the first guests ring on door.

Attempting to wipe up sick in casual manner with foot and dirty tea towel, I usher guests in. “Be with you in a minute,” I squeak cheerfully. Luckily it’s kind Auntie S and Cousin G, who are not bothered by fresh vomit smells emanating from our abode.

Soon Auntie Y arrives with Grandma A, armed with the birthday present to end all birthday presents: Two tiny kittens peek out of party bag she brandishes at Birthday Girl with ferocious excitement. No time to question animal welfare ethics, cute kitties (on loan for duration of party, not to keep) prove massive hit – except with Grandma A, who is animal-phobic.

More and more cousins, aunts, uncles, elders pour in through front door. This stream of relatives seems endless, I think faintly to myself, as I usher them in and ply them all with vast quantities of pizza, chips, carrots sticks, popcorn, crisps, chocolate …

Three-year-old Cousin R scrutinises Eccentric Elderly French Cousin F. Taking in his majestic unkempt beard and military slacks, he walks up to him in very purposeful manner and asks with absolute awe: “Are you ACTUALLY a pirate?”

Grandma A is on verge of walking out. We frantically tie up Jemima in hallway and attempt to jolly Grandma A back into living room.  Frantically hide kittens in back bathroom.

“Time to make biscuits, children!’” I call out cheerfully, feeling slightly lower levels of cheer on the inside. Multitudes of small children squash round kitchen table and somehow, through co-opting kind aunties to help, the stickiness issue is overcome and trays of biscuits in all manner of shapes and non-shapes are placed in oven.

Have you joined The Motherload® Community yet? If not, join now!

Everyone seems to be having good time. Except for Grandma A who leaves prematurely, having had her fill of animal menagerie for the day, dragging Auntie Y (and her kittens) in her wake.

Time for birthday cake! HAPPY BIRTHDAY TO YOU we all sing in range of keys. Birthday Girl comes close to new major-incident tantrum when older sibling attempts to blow out candles on cake. By (metaphorical) knife’s edge, sibling is successfully tackled and a crisis is averted.

Cake handed out, there’s nothing else for it: let’s play Pass the Parcel. Children sit in misshapen circle on living room floor ready to play. Except…

Biscuits in oven! Forgot all about them! Feeling somewhat out of control, lurch over to oven. Biscuits luckily rescued in the nick of time before burning to crisp.

Right, back to Pass the Parcel. Except….

‘MUMMY I FEEL SICK!!!!’ Throw pass the parcel urgently at Auntie D and bellow, “You’re in charge!” while dragging 7 year old – who’s apparently scoffed too many chips and piping hot biscuits – through the kitchen with my hand over his mouth trying to hold off vomit gushing out. We reach the bathroom leaving an actual trail of sick behind us. I weakly throw piles of tea towels over gruesome evidence and tend to the child in the bathroom – and to the horror of my soiled hand.

Vomit incident #2 is over. Pass the Parcel has been played and won.

I swear majestically in my head as remember one last tray of cursed biscuits still baking in oven. Rush to save them.

Whose *great* idea was it anyway to make biscuits at party for 30 guests? Oh, mine.

With dignity and finesse, the party ends just as it began: me engaged in disjointed and somewhat distracted conversations while valiantly wiping up sick.

“Happy Birthday to you…“

If you loved this, you’ll love these: