Things No one Tells You About Having Kids 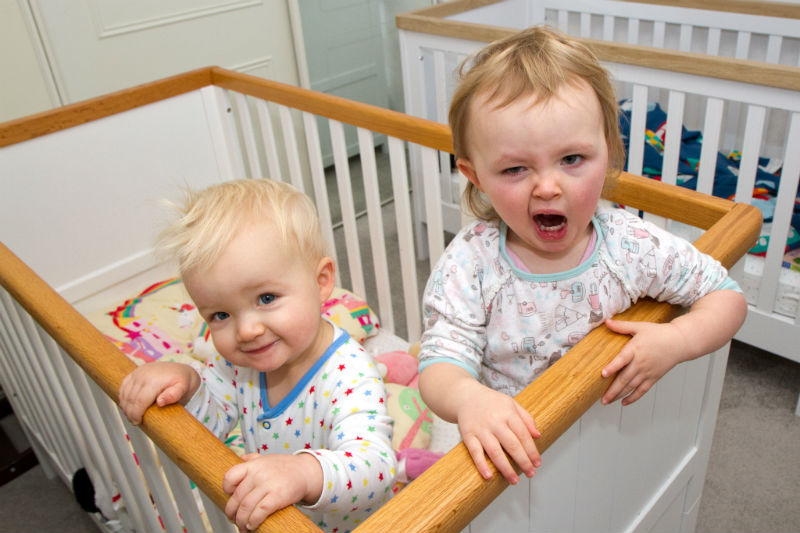 I feel a bit like there is a shroud of silence surrounding the realities of parenthood.

I’m not saying that the good doesn’t outweigh the bad (eventually), or that I in any way regret my children, but if people were armed with the facts about pregnancy, labour and child-rearing, and digested these in a rational way (hmmm, that could be another flaw right there…), they would probably conclude that babies were more trouble than they’re worth and the human race would grind to a halt. Probably.

Fortunately for us, our kids, and all the babies that are yet to be born, there are some things that nobody really seems to mention…

This is an experience that bonds parents across the globe, and yet there is not even a mention of it in the literature. And it’s not just poo; find me a parent that hasn’t been covered in vomit and I’ll show you someone who can probably afford a nanny to be covered in vomit for them.

How much your partner will annoy you

The very same person that you loved enough to make a baby with will drive you absolutely up the sodding wall. Now this isn’t supposed to be a brag, but my husband is great. He’s a hands-on dad, he works hard but he never expects to come back to a tidy house and dinner on the table (he knows way better than that by now). But despite the fact that he’s as supportive as I could wish for, the moment we go to bed and he starts snoring thoughts of actual murder go fleetingly through my mind. I take every small noise personally. Irrational, but I sincerely doubt I’m the only one.

How much your other relationships will change

Naturally, things will shift with your child-free friends; particularly if your previous relationship was built on a sturdy foundation of vodka shots, dancing and 3am bedtimes. You might still have the party spirit, but you know…. you’ve got to be up in two hours. Can you maybe meet for tea instead? Things may well come full circle and out the other end, and a true friend will be there waiting. Your relationship with your own parents will also change; you’ll find yourself getting sudden dawning realisations that your parents were right. This in itself should be enough to put teenagers off of procreating. Your mum was right.

That some kids just don’t sleep

Actually some people do tell you about this, but you just don’t believe it. We all know babies make you tired, but they’re cute and small and it doesn’t last. HA BLOODY HA. You can Gina Ford the hell out of some kids and they’ll still wake up at 5am; good routines go so far, but if you have a kid who decides that they only need ten hours’ sleep a night and you really need them in bed by 7 for your own sanity then you’re going to be seeing a lot of early mornings. I’m told it changes. I do not believe them now; I already fell for it once.

Strangely enough, before I had kids, I didn’t even consider how I’d feed my non-existent babies. Then, as the time approached, I settled on breastfeeding with a side of ‘and if it doesn’t work for us I’ll use bottles’. What I hadn’t accounted for was that heady mix of sleep deprivation and hormones that makes you motherfudging crazy and deciding that if I didn’t manage to breastfeed, I would fail my children entirely and clearly they would end up sociopathic. And that’s just the beginning, my friends, that’s just the beginning…

It doesn’t matter how ‘relaxed’ you think you are

Your baby will laugh (or scream) at your efforts to be cool and not let them ‘change you’. ‘Oh I’m not going to have a routine! I’ll just go with the flow. I’ve got tickets for Glastonbury in five months and I’m going to take the baby, it’ll be fun, they can just nap on the go or whatever, doesn’t bother me!’ NO. You’ll become one of us, you can’t avoid it. Nap times are king and to be obeyed. If your kid falls asleep in the car at 5pm you’ll probably cry real tears because no matter how you love your offspring, you need time for YOU and spending three hours putting an overtired child down to sleep is bloody awful.

You’ll long to be alone

Kids do not respect personal space. After a hard day mumming, and having people touching you and talking at you CONSTANTLY, and wiping bums and sharing your food, sometimes you will actually fantasise about leaving them to it and going to check into a Travelodge all on your own (dream big, guys). This is actually going to be a reality for me this weekend and I CAN’T WAIT.

Thanks to the MOLO bloggers who helped me come up with this ranty stream of consciousness, go check them out! Alison McGarragh-Murphy Blogs, Pass the Wine Please, The Balance Collective and Mum Still Standing

Love this? Share it! You can read Fran’s brilliant blog I Am Too Old For This Sh*t or for the latest from The Motherload® pop over to our homepage