Twenty Ways a Nappy Could Save Your Day 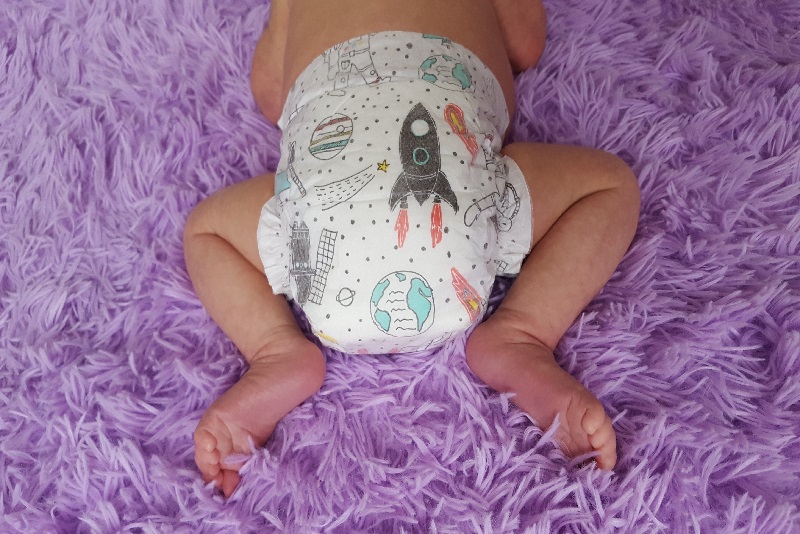 When you’ve got a baby or a toddler, you can’t leave the house without at least one spare nappy. There are loads of different brands but they all basically serve the same purpose; we all know they catch wee and poo but what else can they do?

The manufacturers may not intend nappies to be used for anything other than babies’ bottoms but parents often have to think on their feet and find solutions for all kinds of everyday disasters.

“What’s the weirdest thing you’ve used a nappy for?”

When Nicole posted that question in the Motherload’s group on Facebook, she never expected the MOLOs to come up with such a range of replies from clever hacks to amusing anecdotes.

Once you’ve read this list you may never see the humble nappy in the same light again and you’ll always want to have one up your sleeve (or at least in your change bag).

Twenty Reasons to Reach for a Nappy

1. A vessel for vomit if your child pukes on a car journey or you need to chunder after too much Prosecco.

2. Bursting for a wee when you’re stuck in a traffic jam or you’ve broken down? Just stuff a nappy (or two) down your jeans.

3. When your waters break and you have to get to hospital in a hurry, you might be glad of an extra layer to protect the carseats.

4. Incontinence issues? One MOLO admitted: “I went on a rare night out after my second was born, had a few too many and ended up on my bedroom floor being sick into the bin, but the heaving was not agreeing with my weak pelvic floor so I used a nappy to catch the leaks.”

5. Coming on when you’re not expecting the arrival of Aunt Flo. If you haven’t got any tampons or pads you can take a pair of scissors and turn a nappy into a sanitary towel but it might make you walk like Tina Turner.

6. A cold compress: if you freeze a clean wet nappy you can use it for first aid.

7. A warm compress: if you’re suffering with mastitis you can place a clean nappy soaked in hot water over your throbbing boob to soothe the pain.

8. As a breastpad for leaking milk while you’re sleeping or expressing.

9. Wiping a slide in the playground after it’s been raining so your kids can have a go without getting wet bums.

10. Cleaning your car like when the windscreen is all misted up in the morning.

11. Fixing your car when you have to take the radiator cap off and don’t want to burn your hand.

12. To wrap round a cold cup when your child’s slurping a Slush Puppie and moaning about freezing fingers.

13. A disposable bib when you’ve forgotten a proper one but your baby is having something messy to eat.

14. A makeshift shoe? One MOLO strapped on a pair of nappies when her flip flops broke and another when she had to hobble across a beach: “I cut my foot badly and had to walk four miles back to the car with a big bit of skin hanging off so my husband had the bright idea.”

15. A safety deposit box? Not exactly foolproof or guaranteed to work but some parents swear by wrapping phones, keys and wallets in a clean nappy to leave by the towels on the beach when you go for a swim. No-one is going to unwrap that stinky surprise so your valuables stay hidden from sight.

16. Walking the dog when you’ve forgotten the bags and have to scoop that poop or as a doggy diaper for a bitch in heat or a geriatric pet with a dodgy bladder.

17. For defrosting the freezer instead of sheets of newspaper to soak up the melting ice, use nappies to catch the drips.

18. An emergency sandbag for any leak or flood, whether the bathroom sink is overflowing or the rain is hammering down on your festival tent.

19. For a nosebleed or just a really snotty sneeze when you don’t have enough tissues to hand.

20. A comedy prop? Pity the poor little boy whose Dad put a chocolate truffle in a clean nappy to play a joke on him by pretending he was eating a poo!

So there you have it, twenty things you may never have thought to do with nappies. Absorbent and accessible, a simple nappy could save your day or at least your dignity.

Like this? Share the MOLO hacks with your friends and come and join us on Facebook where you’ll find the UK’s largest non-judgemental, witty and smug free parenting community for women!  You can read Jill’s brilliant blog Learning to be a School Run Mum or for the latest from The Motherload®, head to our homepage

Mum of two girls who luckily always liked the colour pink. Jill is a freelance writer and radio presenter. She loves baking and eating cakes but no longer gets to lick the spoon now she has little helpers. You can follow Jill on Twitter, find her on Facebook and check out her website.