Your Vote is POWERFUL; Please Use It!

100 Years of Votes for Women: Thank You, Suffragettes
President Trump: Can It Really Happen?
May v Leadsom: A Win For Women? 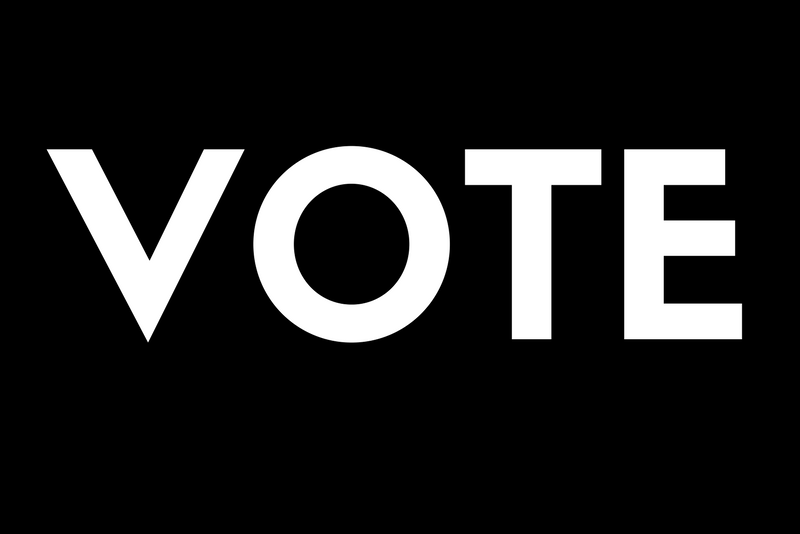 None of us could have missed the fact that the General Election is happening tomorrow, and with Labour beating the odds to gain ground that initially appeared to be completely lost, tomorrow could have surprising and exciting results for the UK. So you might be thinking that this is one of those blogs that are doing the rounds that will tell you which way to vote; where I impose my opinion on your vote tomorrow and persuade you to vote for the same party as I.

Nah. Not this time.

Whichever way you choose to vote tomorrow, the only thing that is truly important is that you do VOTE.

It’s easy to feel bloody weary of all this carrying on. I do. At the beginning of this onslaught of campaigning I felt numb and apathetic. Quite frankly, it appeared to just be an election of ego so that Theresa May could prove she was the woman for the job. We’ve only just been through this rigmarole with Brexit, and I felt enormously disillusioned with the campaigning process and the lies that were peddled, openly, to the public by those representing us in parliament. I felt irritated and irked that yet again the public were being called upon to vote in a self-serving (or so it felt) election that didn’t appear to be for the good of the country but rather for the good of the few.

But as we get ever closer, and the margins between the two main parties, Conservative and Labour, ever closer and only three points apart in the most recent polls, whichever way you choose to vote on Thursday will have a direct impact on the future of the UK over the next four years.

It certainly feels that politics is everywhere at the moment. Whether you are politically motivated or not, I’m sure that every time you check your social media another friend is having a ding dong on their page, or ranting on a post, or posting link after link encouraging you to read. And it can feel like a right old turn off. Politics can turn people into bores, quite frankly, who bang their drum as loudly and write in CAPITALS TO GET THEIR POINT ACROSS as shouty as possible just when you actually quite fancied a little mid afternoon scroll of some cats and babies and all that shiz that we love/hate social media for. It’s enough to make our eyes fix to the back of our head, right?

But the thing is; it does matter. It really, really, matters.

You know when you phone the GP in the morning and you can’t get a bloody appointment? That’s politics. Or when your working tax credit has been changed without notification again, leaving you bewildered as to how you are going to get through the month? Yeah, politics. Or why on earth your bloody weekly shop suddenly seems to cost shedloads more than it did six months ago? Yup. Politics again. Or why your kid’s school is sending out notifications about how their budget is going to be cut again next year and they can’t provide the same activities and resources and ask YOU to buy books for your children to use in school? Pesky politics at play once more. Or why you don’t feel as safe travelling into major cities at the moment? DAMN POLITICS.

It’s not as simple as that though, is it?

More than ever it feels like we can’t trust those who are elected to represent us. The tactics used during the campaign runs are misleading, and sometimes downright seedy, with the newspapers often biased towards one party or another and it’s really tempting to stay in our bubble and not deal with it. After all, reading through manifestos is hardly a light flick-through over a glass of wine in the evening when you are knackered and can barely remember your own name. I doubt too, that I am the only one who finds the jargon from politicians irritating and jarring – for goodness sake, just give a straight answer! There are some cracking sites out there that might help you this evening though. Some of my favourites are:

Simple Politics – I’m not going to lie, I don’t have time to trawl each parties sites to work out the nuances of their manifestos and how that might work for me. Simple Politics does that for you and is exactly as it says on the tin.

I Side With – basically, a quiz to find out which party best represents you but also has some super, independent articles on specific issues that will be pertinent to you.

Full Fact – with an unreliable press at the moment, it’s really hard to know whether what you are reading is true. Fake news is alive and kicking for SURE. So use Full Fact to double check before you vote. Are the immigration stats that you are reading really true? Is the NHS going to privatised under our noses in a Tory government? Full Fact sorts the wheat from the chaff, for sure.

TheyWorkForYou – Yes, despite how it might feel, they do work for you. So check out their voting record and see if it aligns with your own thinking. Is your MP representing you?

School Cuts – if you have school age children, this will no doubt be a priority concern for you in this election. This resource shows the estimate of how your area will be affected – positively or negatively – post election.

During the referendum, we were being asked to consider change and this time around, Teresa May has called an election where she’s rather hoping that change is exactly what you don’t want. It’s all a bit confusing so it’s worth looking at the facts and remembering that unlike a football team, (or the great Blur/Oasis divide), you don’t have to stay loyal to a particular party. The political ‘sphere’ is an ever-changing beast, and you are entitled to change your mind. It might be that last time you voted Conservative, but this time around you like a lot of what the Labour party are saying, and therefore feel conflicted. After all, if your bank suddenly changed their terms of service, you’d move your account, wouldn’t you?

What if you are so disillusioned with the whole thing that actually you are considering abstaining from the whole process? Well, firstly, there’s no such thing as abstention. I mean, you can not vote, but what does that actually do, or mean? Nada. Nothing. It just means you are invisible; it means you aren’t counted. We all know that in 1918 thanks to the bravery of the suffragettes we now have the right to vote and that isn’t something to be taken lightly. We are fortunate to live in a democracy and enjoy the freedom of that. However, in order to have that we have the responsibility to contribute to it, and make our mark. Let’s face it, at some point we get pissed off with politics and the laws that are passed that feel incongruous with our own lifestyles and expectations. By voting, you help to shape that, and shape the society that we live in. If you feel really passionate about not voting, then go along and spoil your voting paper because that is registered, and counted. Votes by Women discuss voting tactically in this brilliant and informative blog. Whichever party you choose to vote for, there are ways to vote tactically to generate a different result to that which the polls show.

In an election like this, with such a small margin between the main parties, every vote counts and the female vote is powerful. So at some point tomorrow, in amongst the to and fro of work and family life, nip to the polling station and make your mark. Not just on your voting slip – but on society. Speak out, and make your voice heard, because you are important, and your vote holds more power than you know.