Why I Stopped Saying “Santa’s watching you” 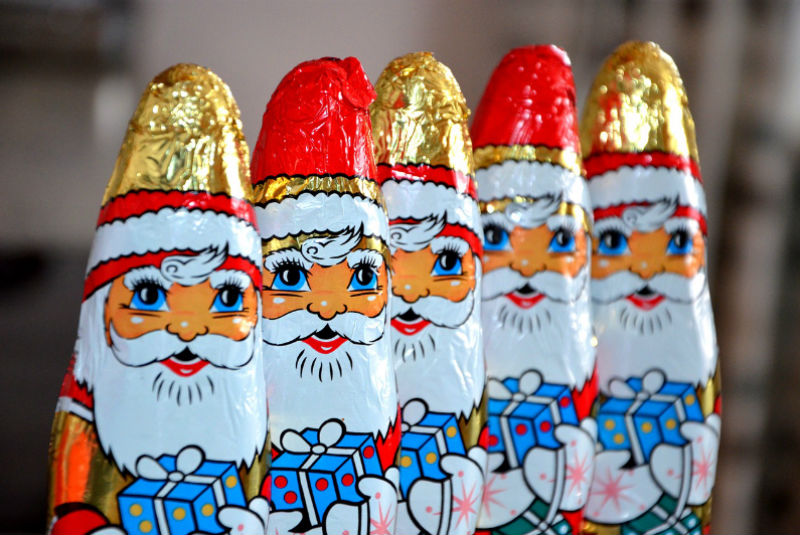 Elf on the Shelf, Santa-cam, phone calls made to children from the Man in Red, video messages sent directly from the North Pole –  they all bring the magic of Christmas to life, right?

What they actually do is put the fear of God into some children who will spend several weeks of the festive season fretting that they haven’t made it onto the Nice List. The same children’s logic then follows, if they’re not on the Nice List, then it’s curtains for them when it comes to gifts.

‘Bah! Humbug!’ I hear you cry and that’s fine, I accept you may feel differently.

But a few years ago, I learned the hard way about the perils of using  Santa’s Naughty or Nice List as an incentive for my then five-year-old daughter and we are only just coming out the other side of it.

With just two weeks to go until C-Day, I was gift shopping with my daughter in Waterstones. She wanted a new colouring book. I reminded her Santa would be coming soon and something similar may already have been packed by his elves. She was having none of it. She wanted it now.

A tantrum ensued, which saw me walking through a heaving town centre with a yowling five-year-old in tow.

Feeling exasperated, I uttered the phrase used by many parents during the silly season: “Santa’s watching. He knows when you are being naughty. You’ll end up on his Naughty List.”

It was only once we got to the car and away from the tutting shoppers that she calmed down. I think I may have offered her a packet of Chocolate Buttons. Normality resumed.

We went home, I got her ready for bed, we read a book and I kissed her goodnight, clicked the light off and went downstairs. Ten minutes later I heard a garbled yell and then ‘SPLAT’.

I settled her back into bed and she fell asleep. Thankfully, the vomiting subsided.

Except the next night the same thing happened.

I took her to see a doctor. He was baffled. He prescribed Gaviscon to be taken at night, suggesting it may be some kind of reflux.

Christmas Eve arrived and like most children, my daughter was happy and excited.

That evening, she was sick.

I was flummoxed. The thought she may have something seriously wrong with her began to tickle the anxiety switch in the back of my mind. I tried to turn the switch off.

Christmas Day morning came and my daughter flew down the stairs to be greeted with a plethora of shiny presents. She cried, she was so happy. She hugged me, she hugged her dad and she hugged the presents.

Then she turned to me and said: “I didn’t think Santa would come because I was so bad in the bookshop. I’m not on the naughty list after all.”

That night, for the first time in 13 consecutive nights, I didn’t have to scrub the carpet in her bedroom.

It was Father Christmas-induced bloody anxiety and ultimately it was my fault.

I thought back to all the things we had done together during the build up to Christmas Day.

We had visited Saint Nick in his grotto, seen a parade of reindeer pulling him on his sleigh through town, The Polar Express movie had rarely been out of the DVD player and yes, we had watched a video message from the man himself, sent from his headquarters via the Portable North Pole app.

I realised, with the best of intentions, I had done a pretty good job of bringing Santa to life for my five-year-old, so much so that when I threatened she would end up on the Naughty List, she had taken me at my word and she was terrified of the consequences.

Even a couple of years down the line from the vomiting incident, at around the age of seven, my child still worried if she had been ‘good enough’ all year. I would catch her googling “Am I on the Nice List?” every time she was left alone with iPad.

At one point I asked my husband if we should just blow the myth apart, to put her out of her misery. We didn’t, the time for realisations will come all by itself.

But that’s the thing with using Santa as an incentive for good behaviour (or as a threat for bad), it can backfire quite spectacularly if you overdo it.

I’m all for bringing the magic to life but when it comes to situations at Christmastime that require me to discipline my children – I also have a three-year-old boy – I now leave Mr Claus out of it, completely.

I will never again utter the words: “Santa is watching” to my children, or any child.

I just don’t like the thought of manipulating my offspring with what is essentially a ludicrous threat.

I am never, ever, going to cancel Christmas. Even if my children smear jam on the walls, throw a fork at the flatscreen TV or don’t tidy their rooms, that guy from the North Pole is still going to rock up in the middle of the night (around midnight usually, after he and Mrs Claus have drank half a bottle of port) and plonk those gifts under the tree.

So, for the next few weeks, it’s life as normal. When it comes to undesirable behaviour, I will react in the same way I always do.

I will put my three-year-old on the bottom step of the stairs and I will send my eldest child to her room, or extricate the iPad from her grip but I absolutely will not be mentioning Santa, elves, the North Pole, presents, or lists of any kind.

And, if Father Christmas so much as  makes a phone call to ask my three-year-old to stop pulling his sister’s hair, to eat his carrots, or to stay in his bed all night, in return for lots of gifts on Christmas Day,  I may end up on the Naughty List myself, for telling Santa to kindly Festive Off.

Sam Curtis, 46, lives in Lincoln, in a house that’s not as clean or tidy as she’d like with her husband and their two children, a tweenage daughter and three-year-old son.