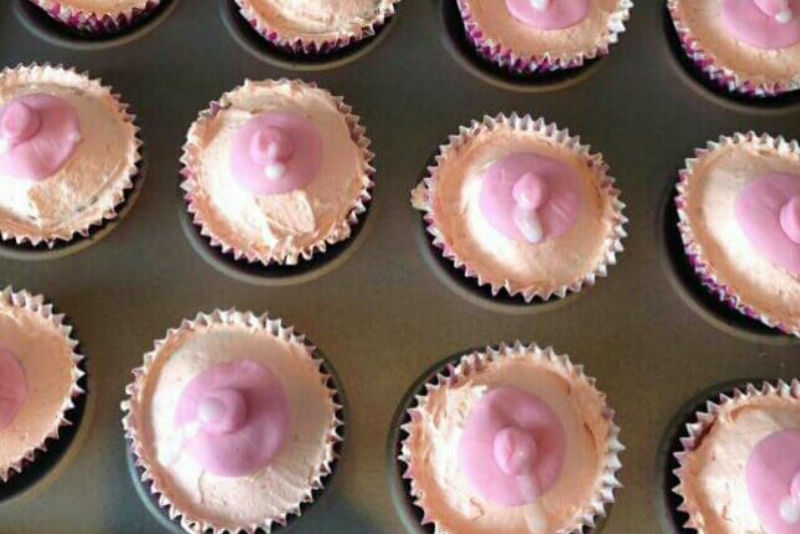 It’s 6pm, my 21 month old and I are together again after a day of firing off emails and answering calls (me), and playing with cars and finger paints (not me).  It’s a happy reunion where ‘bubba’ (breastmilk) is soon requested and we sink back into the sofa warm and safe in our own little corner of the world…

Sometimes I tickle his toes or stroke his hair – often I chatter to my husband about our respective days.  I cherish the moments when we are all back together and everything feels calm, and for often the briefest of times we are all settled and snug together.  Where feeding our son is a nothing more than a natural extension of the comfort of being home and holding him in my arms.

And yet, recently I have found my language around feeding is changing.  Where once I would have said “my son breastfeeds” (usually in reference to his frequent night waking) I now say “I’m still breastfeeding”.  It’s a subtle addition that word ‘still’, a little apology in hushed tones, a moment of self-doubt when I’m away from the safety of my family, in the public domain.  Where once I nursed my son wherever he asked now I offer water, food, a toy, a song, a tickle, any distraction – something to buy the time I need to get us home and away from view.  Often this doesn’t work and I am driving, I am speed-walking, I am cutting short the weekly shop softly saying “please be patient darling, when we’re home darling, soon darling”.  My son is perplexed.  I cannot explain to him why I don’t want to nurse him away from home, the way that I used to.

When he is with me my son nurses to sleep.  I wait for his eyes to softly close and the deep breaths of slumber to come.  A pinky finger in his mouth to release his latch, I scoop him into my arms and carry him to his cot.  He is heavier now, his legs hanging over to one side, his clothes make him look older than he is – skinny jeans and rugby shirts are slowly squeezing the last of the babygros out of his wardrobe.  Even I laugh at the sight of how big he seems as I carry him.  How I had never thought about what nursing a toddler would look like until I found myself doing it.  How almost overnight people changed from smiling when I responded to their questions about breastfeeding to being awkward and embarrassed at the very mention of it.

Often I think about quoting the World Health Organisation’s recommendation of feeding infants ‘for up to two years or beyond’.  My baby is not yet two.  But when he is I will not be slamming the door on his ‘bubba’.  I will carry on until one of us no longer wishes to do it anymore.  I’ve never been one to let the mainstream dictate my thoughts or behaviour.  But there again, I’ve never felt so alienated in my belief system before.

I am a member of several Facebook groups that give support and solidarity to those nursing toddlers and older children and as a member I have amassed knowledge about breastfeeding, I have unpicked my previous thoughts about “extended breastfeeding” – I know that breastmilk always has nutritional value and that most children lose the ability to latch by the age of around 7 if not before, with the natural term weaning age thought to be somewhere between 2.5 and 7.  I also know that in a normal, healthy environment young children should not be aware of the part breasts may play in sex.  I know that breasts have been used to sell practically everything, that the hangover of page 3 girls has not yet left us.  I know that no other part of the anatomy is sexualised to the degree that breasts are.  I know that the thought of breastfeeding a toddler or an older child makes many people feel uncomfortable.  And I know that I, for all my liberal views, used to be one of those people – not to the degree that I would say something, just a subtle unease that would creep into the corners. A feeling that I couldn’t quite put my finger on that it was ‘weird’.

With all that knowledge it shouldn’t have surprised me then, that not long ago a person whom I see frequently, whom I like, told me that feeding older children was ‘weird’ and even more alarmingly that it was ‘unnatural’.  As a supporter of women and breastfeeding I tried to probe her view point but I was met with a hard wall of social conditioning that, although not backed by reason, logic or science, seemed immovable to me.  For every protestation she made I provided an answer – older children rarely nurse out of the house, I said; breastmilk is given in addition to all food and drinks, I responded; children lose the ability to latch and most will self wean before this happens, I replied; both research and anecdotal evidence have shown that breastfeeding helps to create healthy attachments with no negative psychological effects regardless of weaning age, I offered.  But when the list of concerns was answered the wall had not moved even an inch, even my explanation that breastfeeding by definition cannot be ‘unnatural’ (you cannot force a child to nurse) made no odds and there was that word again ‘weird’.  I was told that the mothers were selfish. That one cut like a knife.

At home that evening I felt a wave of sadness and self doubt pass over me as I nursed my son.  That something so natural, so comforting, so wholesome could be misconstrued so entirely.  The thought that my nursing through post-natal depression, through clamping and biting (16 teeth and counting), through aversion, through night feed after night feed after night feed, through multiple stomach bugs, colds, viral induced wheezing and a stint in hospital with pneumonia – the thought that all of that could be dismissed as selfishness with no benefit to my son felt like a gut-punch.

It took time to brush off that judgement, to settle back into the safety of home, to feel at ease in my skin again and stop my mind from whirring.  To look at my son, the smile playing on his lips, innocent and happy, and feel reassured that breastfeeding him is not only appropriate but is exactly what I should be doing.  It took time for my confidence to return.

I understand that if you’ve never nursed, or nursed a child passed the first year, you may have never seen an older child being breastfed.  I know that the over-sexualisation of women’s breasts may make you feel conflicted and uneasy, that you may never have had cause to question this feeling before.  But in an age when the western world is becoming more accepting and open-minded to lifestyle choices that previously might have been viewed as ‘weird’, where there is legislation to protect equality that covers age, disability, gender reassignment, marriage and civil partnership, pregnancy and maternity, race, religion or belief and sex is it too much to ask that you question this belief?  To think about what is driving your fear? To wonder if your unease is rooted in concern for mothers and their children or in something more insidious?  In a world of botox, boob jobs, bum implants, fillers, liposuction and extreme body sculpting why is a mother feeding her child an act of rebellion? Why is society constantly attempting to rid women of their power by making them feel inadequate, shamed and dirty? The media tells us that women who allow their children to wean naturally are ‘weird’, to be ridiculed by society and kept at arms length, and simultaneously it whispers in our ears that we must be slimmer, younger, sexier (yet demure, no whores here please).  Why is perpetuating the appearance of adolescence whilst denying the wisdom and strength that emerges with womanhood, with becoming a mother, the accepted standard in the world we live in? We deserve better.

I am not a protester.  But I do stand for what I believe in.  So despite the media and despite misinformed fear and judgement of the mainstream I am going to do my best to follow ‘natural term weaning’ because it IS natural, because all of my instincts tell me it is what’s best for our family and because, ultimately, I won’t allow society to shame me out of what I believe is right.

If you think that natural term weaning is ‘weird’ I’m not shaming you for that belief – I understand that it is hard to shake off a lifetime of social conditioning.  But I am asking you to take a moment to question that belief, to examine if it is truly rooted in concern for the health of mother and child, if there is scientific evidence to back up your feelings.  To take a step back from your knee-jerk reaction and to look at the bigger picture through a lens of logic, reason and solidarity.  You might be surprised at how different the landscape looks when you suspend your judgement – you might find that you live in an altogether more compassionate world.

Like this? Share it and spread the MOLO love. You can read more amazing blogs about breastfeeding – including Breastfeeding in Public: Dear Dickheads – and for the latest from The Motherload®, head to our homepage.

34 year old first-time mum muddling her way through one nappy change at a time. Lover of yoga, music, walking, roast dinners, cosy nights in and chocolate.