Maternal Mental Health: The Postnatal Illnesses Nobody Talks About 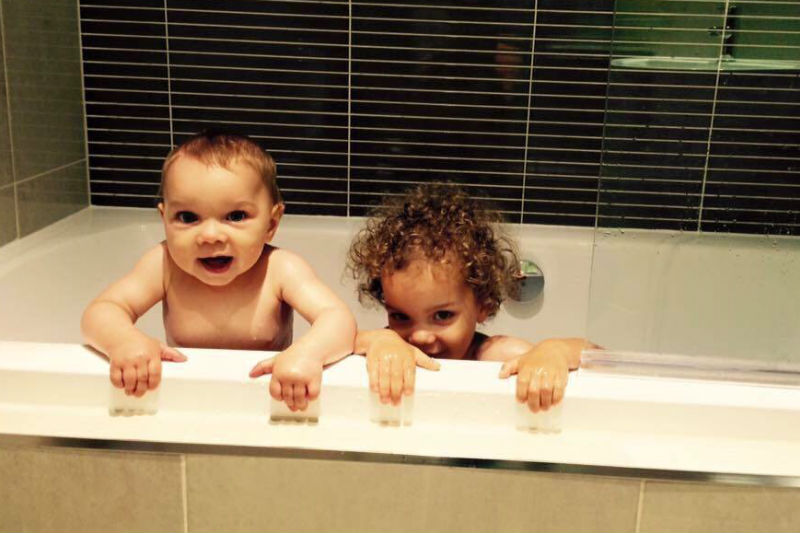 I remember the moment my son was born, at only 28 weeks gestation he was swept up amongst the flurry of busy hands working to resuscitate him before putting him into a travel incubator and whisking him 50 miles away to the nearest neonatal intensive care unit (NICU) that had the space and equipment for him.

For the first week I cried, I would sit and stare at him through the plastic unable to touch or hold him, unable to comfort him as he was poked and prodded. I would wake up with tears on my cheeks and nurses would band about the phrase “baby blues”.

The day came when I was told to leave the hospital, to go back home as they needed my bed for somebody else. I was to leave my child behind, in their care as I had nowhere to go. I cried all the way home, as I said goodbye, as I walked to the bus stop and during my entire train journey. At some point the NICU called me to say they were transferring him to another hospital, one that was only 31 miles away (thats a 2 hour journey involving 3 buses and some walking). It was at that moment I felt like he didn’t belong to me. He had been taken away and I didn’t deserve to be his mother. On my way to what was now his 3rd hospital, I remember wondering if the nurses would try to test my love for him somehow, what if I didn’t recognise him? If I failed their test, would he be taken away from me permanently?

By the time I was due my 6 week post-partum check, I knew that how I was feeling wasn’t ‘normal’ but I couldn’t work out what was wrong. I spoke to my GP and went through the usual questions. Are you feeling suicidal? No. Are you feeling depressed? No. Do you want to harm yourself or your baby? No. I didn’t know how to tell her that I lay awake at night, unable to sleep for fear that any moment I spent not thinking about him he would die. That during his short life I had seen CPR performed on him so many times, that the image of him I carried around in my head was blue and lifeless. I didn’t think I deserved him, I had let him down and it was my fault for failing him and putting him there. I was overcome with guilt, it was consuming me. I was reassured that my feelings were normal for a mother of a baby in NICU and that I should just concentrate and focus on him getting better. I heard that I was selfish for even thinking of myself. I vowed to ignore any concerns I had about my own well-being, I was determined to prove that I did love him and that I did deserve him. I may have fooled everybody else, but I was having a hard time convincing myself.

He did incredibly well and came home at 52 days old, around what should have been the 35 week gestation mark. Yet I could not shake the feeling that my son had been taken from me and I was terrified it would happen again. When he was sleeping I would obsessively research news articles about children who had been kidnapped. This soon developed into children who had been critically harmed in some way by their parents. I started questioning myself and my own motives, when I bathed him, an image would flash into my head, reminding me of a woman who had drowned her infant in the bath. I would then question if I was really wanting to keep him safe and clean or if I had ulterior motives unbeknown to myself. I would have these thoughts constantly circling in my head, whispering to me that my every move was being watched, people knew my secret and they were coming to take him. I didn’t want to take him shopping in case somebody snatched him from the trolley, I would drive around for hours on end trying to lose cars I was convinced were following me with the sole purpose of taking him from me and harming him.

I wasn’t depressed, I wasn’t suicidal, I was terrified and I couldn’t trust anybody to keep him safe. I became convinced I was going to die and he was going to be left without me to look over him, so I started writing documents of how I hoped his life would pan out in the event of my death. Instead of sleeping I would research, making lists and spreadsheets. It is incredibly difficult to convey how it feels to have 10 or more constant thoughts in your head, reminding you that you will die one day. Telling you every person out there is watching you, waiting for their chance to take your child away. It was exhausting being on high alert all the time, seeing everything as a threat. Accompanied by the occasional image of some awful accident befalling your child.

It all came to a head, shortly after my second son was born. I was bathing him, I lost my grip slightly and yet I carried it around in my head for the rest of the day. By the end of the day, I was crying in my car convinced I was driving around with the drowned bodies of my children and nobody was helping me. I reached out to my GP and I didn’t back down until I got a referral. I was put on Sertraline, which I stopped myself after a few months as although I was sleeping for the first time in years, it didn’t stop the thoughts going away, I was just numb to them. I was numb to everything and I didn’t like how that felt. I was under a perinatal team until my son’s first birthday.

I was diagnosed with PTSD (from the traumatic birth of my firstborn, a story for another day), OCD (impulsive and intrusive thoughts) and crucially postnatal anxiety. I wasn’t depressed, I wasn’t suicidal. I didn’t tick any of the boxes for PND. While I can sympathise with sufferers of PND, as can any mother who has suffered from maternal mental illness but I cannot empathise as I have no idea what it’s like and I would never attempt to. All postnatal illnesses need to be talked about, I often feel that if I had understood that PND isn’t the only maternal mental health issue out there, I think I would have pushed for help a lot sooner. I will always live with PTSD, my OCD will never go away and I still suffer from anxiety. However, I have coping mechanisms in place now and I honestly believe that if I had not received the help I needed it would not have been that much longer until I did become depressed and suicidal, if only to stop the exhaustion caused by the consistent thoughts bombarding me day and night.

Like this? Share it, and spread the MOLO love! You can find more blogs by Paloma and for the latest from The Motherload®, pop over to our homepage

Paloma, 25 living in London. A single parent (referee) to two boys under 4 and sporadic scientist. You can follow Paloma on Instagram and on her blog