12 Things No One Tells You About Pregnancy 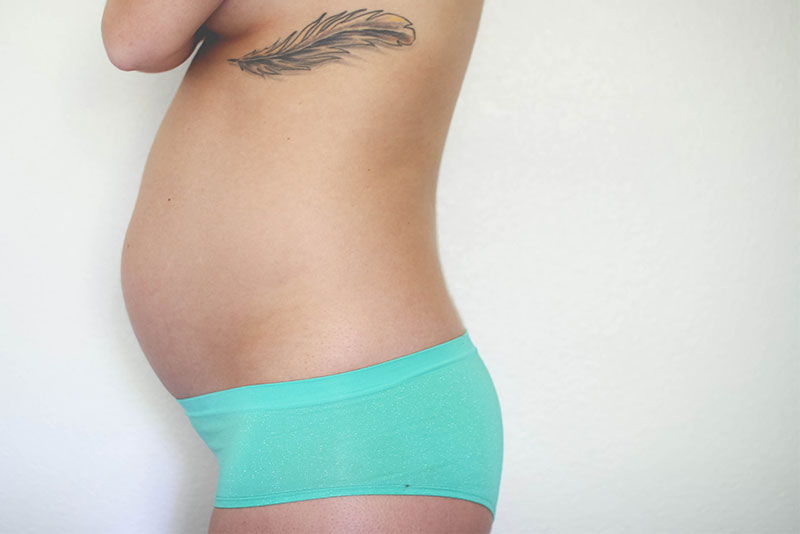 There are things no one tells you about pregnancy. Whoever decided that pregnant women glow, and bloom, and look all glossy and shiny and healthy was clearly either mental or a man. Those of us who have actually been pregnant know that the miraculous process of making a brand-new human from scratch is in reality, a rather unglamorous task.

Natasha told The Motherload®: “We are an ICSI IVF pregnancy so had rose-tinted views on pregnancy. Here are some of the things that people failed to mention to me, or glossed over prior to pregnancy…

1. Morning sickness. Well, that’s a lie straight off! It’s all bloody day and night sickness and continues well into the second trimester!! And for me the third.

2. My boobs are not enormous they are ginormous! And whilst it was great at first it just became a pain in the arse. And whilst on the subject of boobs WTF is up with the massive chocolate digestive nipples?

3. I can no longer see my fanny or anything from the boobs down. This equals death-defying positions in the shower with mirrors trying to see what your doing when trying to tidy the lady garden, ready for consultant/midwife appointments.

4. Involuntary incontinence at 30 years old – yep that’s right, pissing yourself, whether it be from sneezing or laughing. Time to bring out the Tenalady.”

And when she asked The Motherload® what they felt had been missed off the NCT curriculum, the MOLOs didn’t let her down…

5. No one ever told me that you could get stretch-marks on your fanny.

7. I just had my baby and discovered soon after that underneath my belly-button had got hairy! Husband didn’t tell me and I couldn’t see it!

8. Try having varicose veins on your lady-bits.

9. Stretch marks that appear AFTER you have the baby (I didn’t have any before having my daughter).

10. Piles ladies, piles. My husband thought it was HILARIOUS and even named it Polly. But it fucking hurt and I was in tears for 3 days. Baby is 4 months now and Polly is still, erm, hanging around.

11. You will also experience all sorts of ‘mucus’ DOWN THERE for a long time post-partum, and the term ‘Egg White Cervical Mucus’ will finally make a LOT of sense. (Oh god, ewww)

12. But, enjoy people telling you to sit down at every opportunity, silky hair and the guilt-free feeling of eating anything you want! The nipples do die down (they scared the shit out of me!)

So, there we have it; the stuff no one tells you about pregnancy, according to The Motherload®.

~ By Natasha and The Motherload®, edited by Alison McGarragh-Murphy

Did we miss some? We want YOUR tales from the front line of Motherhood. Feel free to add your own horrors to the list in the comments below.