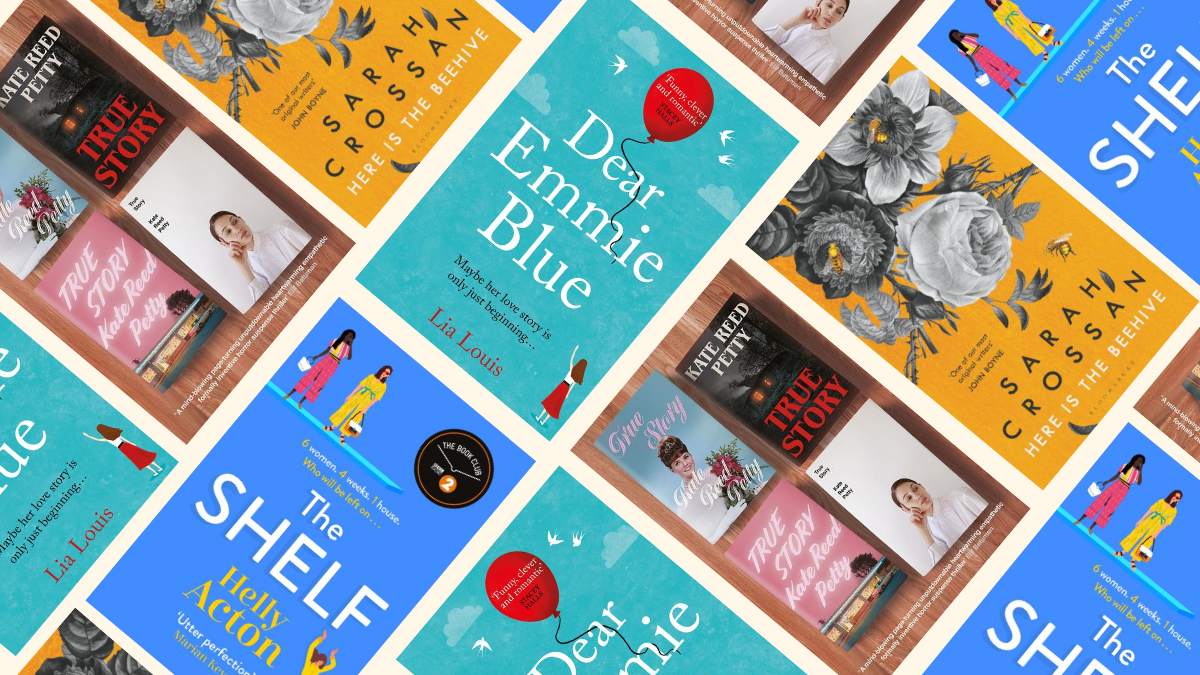 I finished this novel a while ago and I was so awed by it I haven’t felt able to write a review. The thing about this book is that it takes everything you think you know about how stories work and smashes it into a thousand pieces. Which is quite a shock, but if you like experimental writing (and I do), I think you’ll appreciate how clever and original it is.

True Story is about two teenage boys who drove a girl home after a party, and what they may or may not have done to her in the car before leaving her on her porch. She was too drunk to remember. They tell their friends one thing and the police another. It’s about the way that one night affects those people for many years, in terms of the relationships they form and the image they hold of themselves.

It’s told in different forms, in different genres. It’s told through college application essays, film scripts and emails as well as straightforward narrative. It’s told as horror, as crime noir, as psychological thriller. And through it all, I was so gripped I felt a little bit like I was in love every time I remembered I had it to go back to.

The Shelf by Helly Acton

Buy The Shelf now on Amazon

I was pretty intrigued by The Shelf from the first time I saw it mentioned on social media. I used to be a big fan of reality TV (I watched the early series’ of Big Brother religiously) but it’s fallen out of favour with me in recent years and I’ve never seen a single episode of Love Island. The Shelf is a fictional reality TV show which features women being dumped live on TV and then left in a house to work on themselves by facing a series of challenges.

I thought the premise was fresh and fascinating, but I don’t think I was fully prepared for what I found in this book. Its message is strongly feminist, with the women learning about themselves and what they want, and becoming great advocates for one another. Because of the book’s setup, there are quite a few female characters introduced in quick succession in the early chapters, and I thought I might struggle to differentiate some of them. However, I think Acton has done a good job with her characterisation and this stopped being an issue pretty fast.

I loved the similarities to shows like Big Brother, with our heroine, Amy, aware of eyes constantly on her, and I liked the way this was coupled with the women on the show having access to real-time reactions to everything they’re doing via The Wall. This felt like a very modern angle and it chimed with the constant surveillance everyone is under on sites like Instagram. Overall, I loved this book’s message and really enjoyed spending time with the feisty, interesting characters.

Here is the Beehive by Sarah Crossan

Buy Here Is The Beehive now on Amazon

Sarah Crossan has written a number of YA novels, some in verse, and Here is the Beehive is her first novel for adults, also written in verse. I read One a few years ago in a single day and loved her style, so I was really excited when I first heard that this book was coming. Reading a novel in verse is an interesting experience. On the one hand, it’s quick, but on the other, the text is weighted with meaning and you’re forced to slow down and let it wash over you. You find yourself wanting to go back and reread parts. In short, it’s joyous.

Ana, Crossan’s central character, is in a terrible position. Connor, the man she’s been having an affair with for several years, has died. She isn’t his wife or a legitimate partner or girlfriend, so she can’t openly grieve this loss. Even attending his funeral is risky. Crossan examines what happens when you are grieving a lover no-one knew you had; how that experience shapes the grief and the love you’re left with. And it’s fascinating, painful, visceral.

Not once, but twice, Crossan shocked me by revealing something significant about Ana’s life when I thought I had her pegged. This takes real skill. Ana’s situation is awful, but I couldn’t look away. As Ana gets closer and closer to Connor’s wife, Rebecca, in a bid to understand the way she is feeling, the tension ratchets up. At points, the juxtaposition of the elegance of Crossan’s verse and the everyday nature of the unfolding events is beautiful. I can’t wait to see what Crossan writes next.

Lia Louis is one of those authors who writes from the heart. I thought it when I read her debut, Somewhere Close to Happy, and Dear Emmie Blue confirmed it. Her writing is funny and sharp and lots of other brilliant things, but what shines through is the heart with which her characters are infused. I feel completely under her spell when I’m reading, willing to go wherever she leads me. And she’s pretty accomplished at taking her reader on a great journey.

Dear Emmie Blue is about a woman at a crossroads. About to turn thirty, in love with her best friend Lucas and hoping he feels the same way. Except he doesn’t. And he’s getting married to someone else and wants her to be his best woman. It’s a truly catastrophic start and Louis takes Emmie and the reader on a very twisting road to find her happiness. Emmie and Lucas met in the most extraordinary way. Aged sixteen and very lost, Emmie let go of a balloon in the south of England with her darkest secret and her email address attached. And Lucas found it on a beach in France, and replied, and this kickstarted a friendship that was intense and powerful. In the present, Emmie must learn to live with the fact that Lucas is in love with someone else, and make some big decisions about her own future along the way.

Louis is the current queen of this type of read, as far as I’m concerned. Witty and warm, she writes brilliantly and I hope she gets to be as big as Marian Keyes. I love how she doesn’t shy away from difficult issues and how she creates female characters you really root for.

Disclaimer: The Motherload® takes part in Amazon’s affiliate scheme. This article contains Amazon affiliate link, each purchase results in a teeny tiny sum of money going to The Motherload® which we use for the upkeep of the site.

See our previous Bookshelf recommendations below: